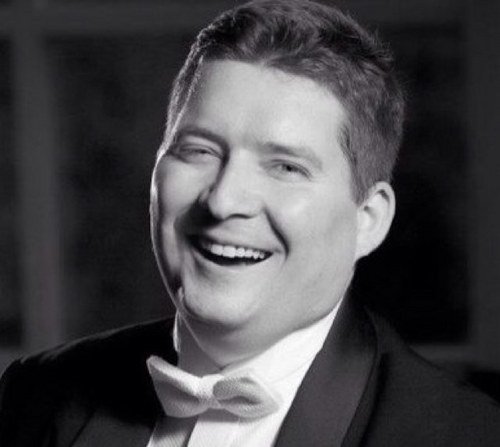 ​The National Christian Honor Band (NCHB) has been selected to participate in the 2015 National Sousa Band Festival as one of only four bands to perform.

The National Christian Honor Band (NCHB) has been selected to participate in the 2015 National Sousa Band Festival as one of only four bands to perform. The festival will take place May 31, 2015, at the Concert Hall of the John F. Kennedy Center for the Performing Arts in Washington, D.C.

The NCHB is an interdenominational ensemble sponsored by the Greatbatch School of Music at Houghton College. The band is comprised of the Houghton College wind ensemble joined by high school, college, and community musicians from around the world.

High school, college, and community Christian musicians throughout the United States are invited to open auditions for the NCHB. Individuals or groups interested in performing with the NCHB at the Sousa Festival may visit Houghton College’s website to register and begin the audition process or contact Dr. Justin Davis at justin.davis@houghton.edu. For priority consideration, registration must be received by November 15, 2014.

“This musical experience is a once in a lifetime opportunity and a chance to see our nation’s capital and performance spaces that one may otherwise not have access to,” commented Houghton College’s director of instrumental activities and conductor of the NCHB, Dr. Justin Davis.

Davis holds a Doctorate of Musical Arts degree in instrumental conducting from the University of North Carolina at Greensboro (UNCG) where he studied with Dr. John Locke and Dr. Kevin Geraldi. As conductor of the University Band at UNCG, his ensemble consistently gave challenging and artistic performances while collaborating with outstanding solo artists in the Greensboro area.

Davis has guest conducted with the UNCG Wind Ensemble, Symphonic Band, Casella Sinfonietta Chamber Ensemble, Symphonic Orchestra and Opera scenes and has been honored as an Outstanding Teaching Assistant nominee at UNCG. In 2012, he was honored to conduct the UNCG Horn Ensemble at the Southeast Horn Workshop held at Tennessee Technological University and the UNCG Clarinet Choir at the 2012 Vandoren/Buffet International Clarinet Ensemble Festival held in Greensboro.

Currently, Davis is the conductor for the Symphonic Winds, the Philharmonia, and the Pep Band at the Greatbatch School of Music at Houghton College in New York state.

The Sousa Band Festival is an exclusive music event hosted by Music Celebrations International (MCI). The four bands selected to play were done so through a competitive audition process.

According to MCI, “Our purpose is to provide life-changing experiences that will raise the level of musicianship and dedication to the performing arts around the globe! We enthusiastically endorse Ludwig Van Beethoven’s statement that ‘Music can change the world.’”

The Sousa Festival will also feature a private clinic for each of the four bands with Anthony J. Maiello, associate director and professor of music at George Mason University School of Music.

“Houghton College Greatbatch School of Music is proud to sponsor and be the anchor band for the National Christian Honor Band,” commented Davis. “Members of the NCHB are able to actively honor our Creator and the gifts that Christ bestows on all musicians through our performance.”