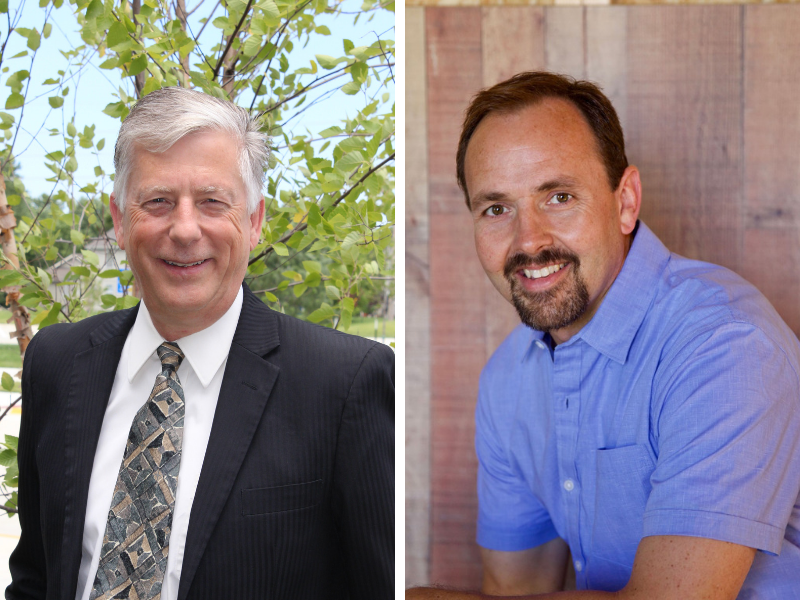 Prior to being elected by a 96 percent vote to an initial two-year term as DS on July 26, Rev. Rovenstine served as pastor of Connect Church in Lawrence, Kansas, for thirty-two years, which he will continue to serve while taking on the district responsibility. When he first went to the church in 1987, it was a pioneer “church renewal project,” of about 25 people. This year the church’s worship attendance exceeded 450. His tenure has included two church relocations, a name change, and a recasting of the vision to be more missional.

Rev. Rovenstine has been married to his wife, Janet, for 35 years; they have three daughters and two grandchildren. He is a graduate of Oklahoma Wesleyan University and Nazarene Theological Seminary. He has served on various boards and committees in the Kansas District, including eight years as assistant district superintendent. He also served on the board of trustees for Oklahoma Wesleyan University.

Rev. Rovenstine said, “Janet and I have been humbled by the opportunity to be the DS of the Kansas District of The Wesleyan Church. It is especially meaningful to me that I follow in the footsteps of a true friend and mentor, Ed Rotz. As a Kansas native, I have a deep appreciation for the people of Kansas, and I believe the Kansas District of The Wesleyan Church is poised to expand its kingdom impact as we move to a new model of district leadership.”

Dr. Devon Smith, a graduate of Oklahoma Wesleyan University, Wesley Biblical Seminary and Asbury Theological Seminary, was unanimously elected DS on July 27. A native of New Mexico, he grew up there and in Virginia. He has served as a pastor of churches in Iowa, Arizona, New Mexico, Oklahoma and Texas. He served as dean of online learning at Oklahoma Wesleyan University (OKWU) and taught biblical, theological and practical courses at OKWU and critical thinking and communication courses at the University of Phoenix. He also began CROSS Training at Oklahoma Wesleyan and directed the Master of Arts in Theology and Apologetics program as well as the Josh McDowell Institute at OKWU. He served on the Tri-State district board of ministerial development for several years.

He and his wife Annette, who have been married 23 years, have two sons.

Dr. Smith said, “I am humbled and honored to be the next district superintendent for the Tri-State District. Following in the footsteps of a spiritual giant like Max Colaw is pretty daunting to say the least. My personal motto is simple: to be connected and to connect people to God for life. Serving on the district board of ministerial development, I have been privileged and blessed to work with pastors who have served in inner city, suburban and rural communities. And I can tell you the opportunities are huge to connect people to God for life. The harvest in the Tri-State District is truly plentiful.”

Rev. Jason Berry, district superintendent of the South Coastal District, was re-elected to a two-year term on July 12 by a 90 percent vote of the district conference. Rev. Berry, who will also continue to serve as associate executive pastor at 12Stone Church in Lawrenceville, Georgia, said, “I am excited about the future of the South Coastal District. Our aim is to radically align every person, position, church and dollar towards advancing the gospel in the territory God has entrusted to us. In forming our district leadership team, we believe God has given us the right giftings and abilities to truly see the kingdom forcefully advance across this district. Our first celebration is in announcing our church plant in Huntsville, Alabama, with the Bradford family. We pray this is the first of many!”

Rev. Tom Harding, district superintendent of the South Carolina District, was re-elected to a two-year term on July 13 by a 94 percent vote of the district conference. Rev. Harding, who continues serving as senior pastor of ALIVE Wesleyan Church in Central, S.C., said, “After serving a year as interim district superintendent, my biggest takeaway was probably something I should have already known. The district isn’t a building, an office, a personality or a church. The district is men and women, lay and clergy who gather under the banner of Wesleyan across the state I serve. The district is truly a type of family. So the challenge every member of a district faces is what kind of family member will I be. South Carolina is becoming a healthy family and that is a great thing to be part of!”