Cuba, New York, population 1,575, is in a very rural area of Western New York District. Rev. Jon and Ashley Ward were called to North Park Wesleyan Church more than a decade ago, and when they arrived, it felt like coming home.

Jon received ministerial preparation at Indiana Wesleyan University and Asbury Seminary, and had previous ministry experience with Rev. Mike Hilson, a friend and mentor in Maryland. But this call and this town seemed to introduce him to himself.

North Park is known every Labor Day weekend for calling off church and working to beautify the town. Instead of having a worship service, they worship by serving, and they call it “Love Cuba.” They have weeded Main Street and filled two truckloads with weeds, painted fire hydrants, fenced the ball park, etc.

Senior Pastor Jon has come to believe that the best way to make new disciples there is to invest in children’s ministries. On “Wild Wednesday” each week in the afternoon, the church is now filled with bus and van loads of children coming from school. Their parents have agreed for their kids to participate in a “released time” program for Christian teaching.

Pastor Megan Cusumano was a layperson in the church who was passionate about children’s ministry. She became an ordained minister and now serves as children’s pastor. Since 2010 there have been over 200 salvation decisions in children’s and youth ministry, and the number of children on their rolls has tripled. Ignite youth ministry also meets on Wednesdays, led by homegrown youth pastor, Rob Grimes. During that time the overall attendance on Sunday morning has gradually grown from 110 to 170, which is over 50 percent growth. Scores of unchurched parents think of North Park as “my church.” They say they love the church even though they might only come for weddings and funerals.

Recently, the leadership team envisioned a new ministry for the non-attenders, called “Test Drive.” On Wednesday evenings, adults who might want to test drive church, but may have hurdles about coming to the church building, are invited to The Perfect Blend, a local coffee shop that is a popular hangout. Jon is hopeful the coffee shop will create the needed bridge for the adults.

A vital congregation in the Wesleyan Methodist Church in the early days of the denomination, Lockport Wesleyan Church is located about 20 miles from Niagara Falls. The 19th century stone church is scenic, but by 2008, attendance had dwindled to about 12 people. Rev. Matthew Rose, an assistant pastor at Hess Road Wesleyan Church ten miles away, was asked if he would preach there early on Sunday mornings before returning to his Hess Road ministry. His senior pastor Joe Payne was pleased to give him that opportunity.

After attending Kingswood University, Matthew returned to his home church, Hess Road, to serve on staff beginning in 2003. From 2008- 2015, Matthew and his wife, Katie, made the trip to Lockport early each Sunday morning, but not a great deal happened. After seven years, there were still only 16- 20 older adults attending. Matthew told himself that there was no way to grow anyway. The building was neglected with a leaky roof, piles of accumulated wet junk, and all spaces unusable except for the small sanctuary where the services were held.

The turning point was early 2015. A member offered $30,000 to help fund a renovation project. Other members contributed as well. Now there was space for children’s ministries, meals, etc. The renovations created momentum, and Matthew knew he had to grow his vision. He and Katie began to dream. They thought about a Sunday evening service that would reach a broader demographic.

Soon they opened an evening service called “The Refinery.” Friends from Hess Road helped form a band and also lead the children’s ministry, and the sanctuary was redecorated with artistic, contemporary themes. They also offered an evening meal, usually pizza. Today the early Sunday morning service is much the same, but Sunday night sees 30 for supper and fellowship, and 50 people for the worship hour. About 15 of those are children. People have gotten saved, and the church has new life.

Matthew shares how, a few years ago he happened to attend a retreat alongside Dr. Wayne Schmidt. Wayne encouraged him to believe that so much more could be done at the Lockport church and Matthew has not forgotten.

Hornell: I Don’t Have a Church

Rev. Doug and Terrah Jones planted New Hope Wesleyan Church in Hornell, N.Y., a town of 8,000, just five years ago. Doug grew up in the area. He was discipled and mentored by Rev. Jim Bence, former pastor and district superintendent for Central New York District. Doug attended Houghton College, then served in the military. When he returned, he went on the staff at rural Buena Vista Wesleyan Church for 13 years. When Buena Vista decided to plant a daughter church in Hornell, 11 miles away, Doug and Terrah were ready.

They began with a launch team of 70 people (35 adults) from Buena Vista. Since then, they have bought a 1930’s Catholic Church building and remodeled it. In the fourth year, they averaged 248 in attendance.

Folks ask him, “How is your church doing?” He answers, “I don’t have a church. This is a God-thing. God has a great church here, and together our people partner with God in eternal work.”

An important ministry tool for the church is Discipleship Essentials: A Guide to Building Your Life in Christ, by Greg Ogden. Doug said, “It’s a great catechism. It’s foundational for us.”

Doug feels that the church building is like the locker room where the team trains. But the real work goes on outside the walls where they meet people. They have children’s programs, but other than that, they don’t want to run a lot of programs in the church. They have gifted people, but Doug wants them to use ministry time to build relationships and invite people who need Jesus Christ into their lives.

The church is known for serving the city in practical ways. They repair unsafe structures, do cleanups, and repair cars for people who need help. These services contribute to their mission of reaching people. They also open their facility for community groups to use: Taekwondo Club, Bone Builders Club, etc. The idea is to knock down barriers and build relationships that God can use.

Some church planters might be satisfied to reach 250 in attendance. But for Doug, his first thought is: “Are there unsaved people in Hornell? The mission has just begun. Each person needs an opportunity to respond to the good news.”

Imagine, in the town of Painted Post in Central New York District, an evangelical church that averages 1,600 in attendance. That church is Victory Highway Wesleyan. And their vision goes far beyond the Painted Post/Corning area. They have a ¼ million dollar missions budget, send 10 mission teams overseas every year, and 10 percent of their capital campaigns go straight into missions projects.

Rev. Paul Piraino (with wife Christine) leads a staff of a dozen pastors in a community that is mostly made up of Catholic, de-churched, or unchurched people. He gives credit to former pastors: great men with great vision. But Paul is clearly loved and highly respected deeply by his staff and lay leaders.

Besides missions, some of Victory Highway’s signature ministries include:

As in all healthy churches, Victory Highway is deeply involved in serving their community. They even cancelled Sunday morning church (moved it to Saturday night) to support a major city event, a marathon race, and contributed hundreds of volunteers for the event.

And there are a dozen other projects like helping build a home for women who have been rescued from trafficking, renovating distressed properties, and filling backpacks with hats and gloves and supplies for school kids.

As one pastor said, “The key to everything is sharing the love of Christ, and the joy of seeing people saved.”

Read the original article at Wesleyan.Life. 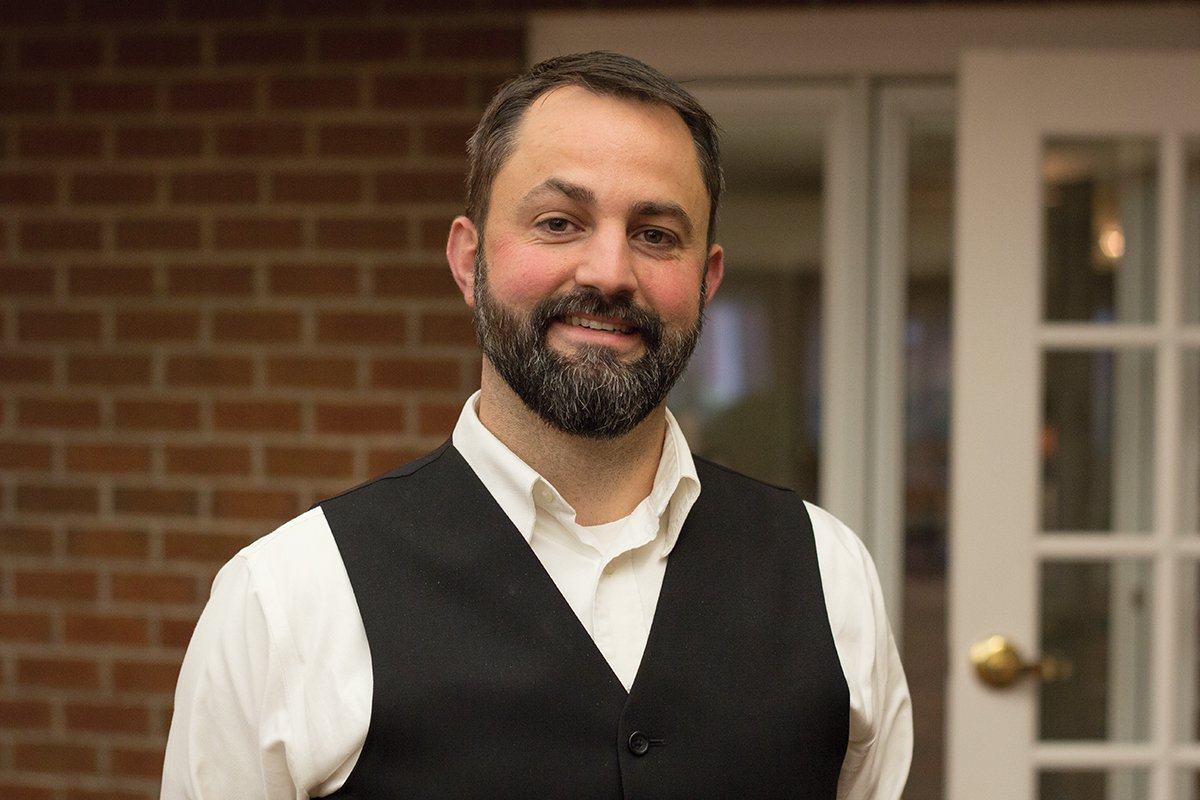 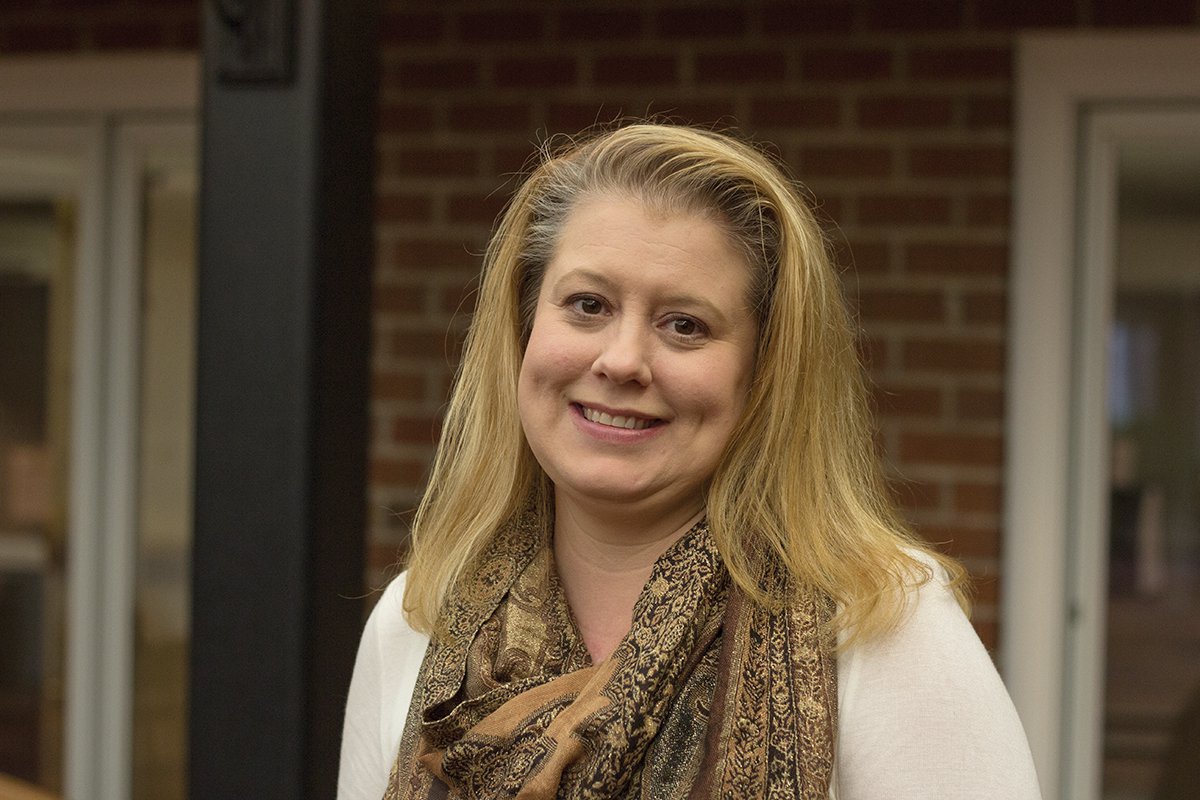 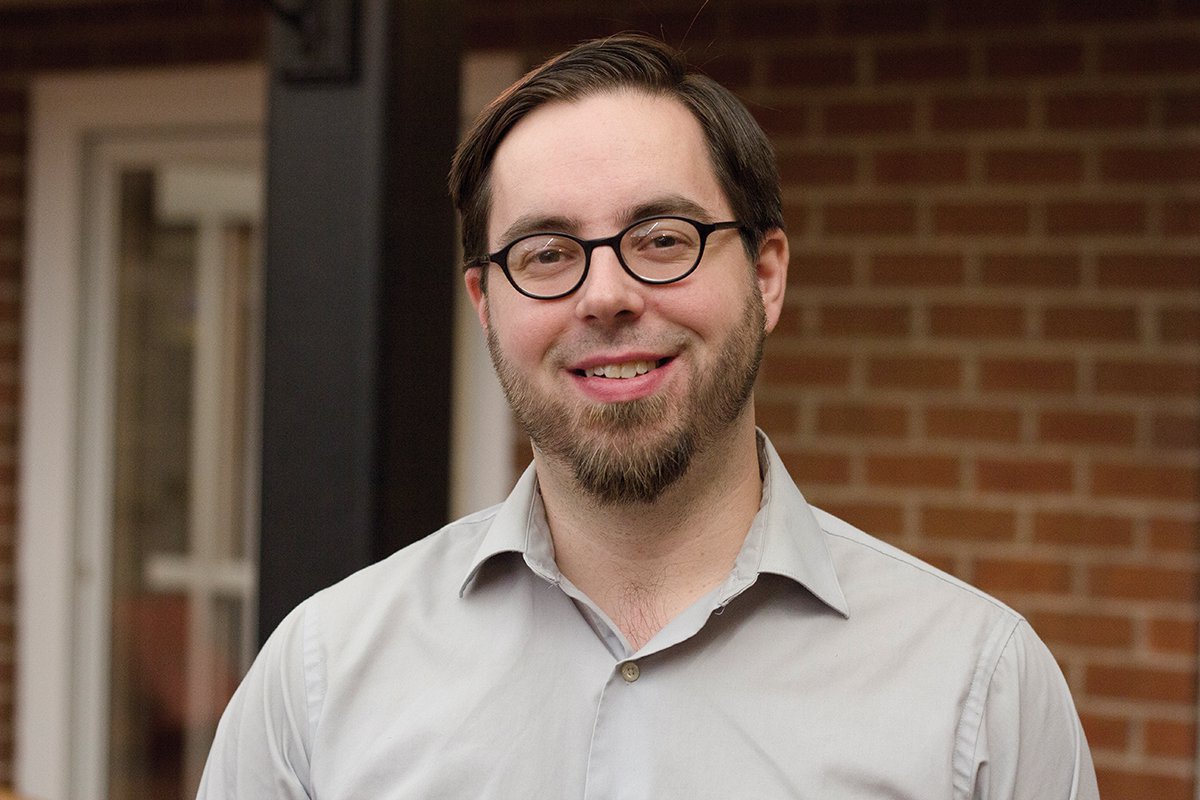 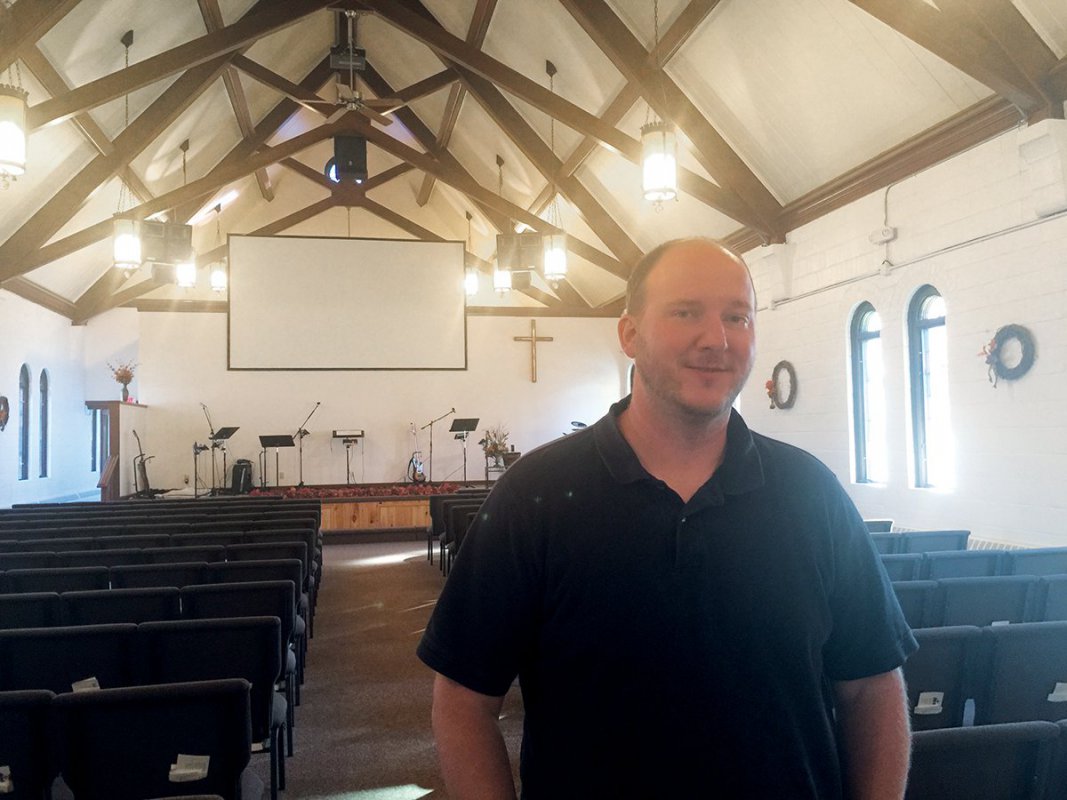 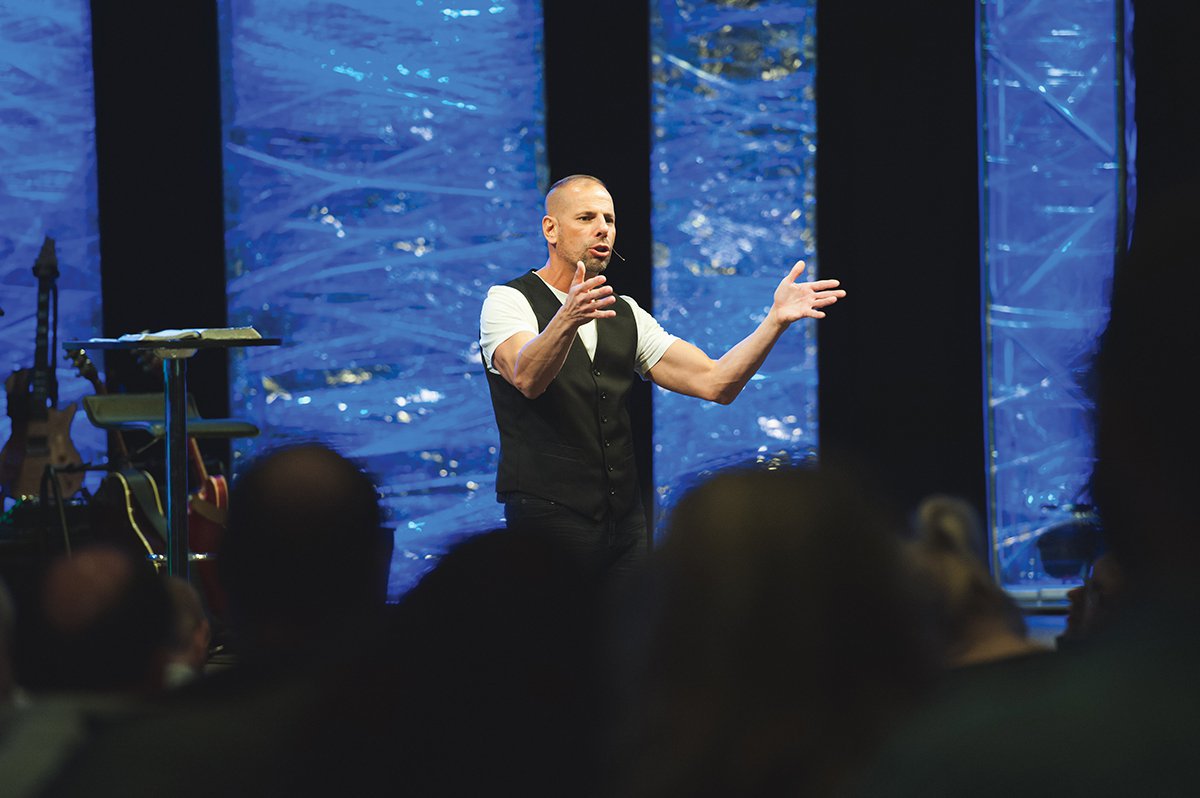