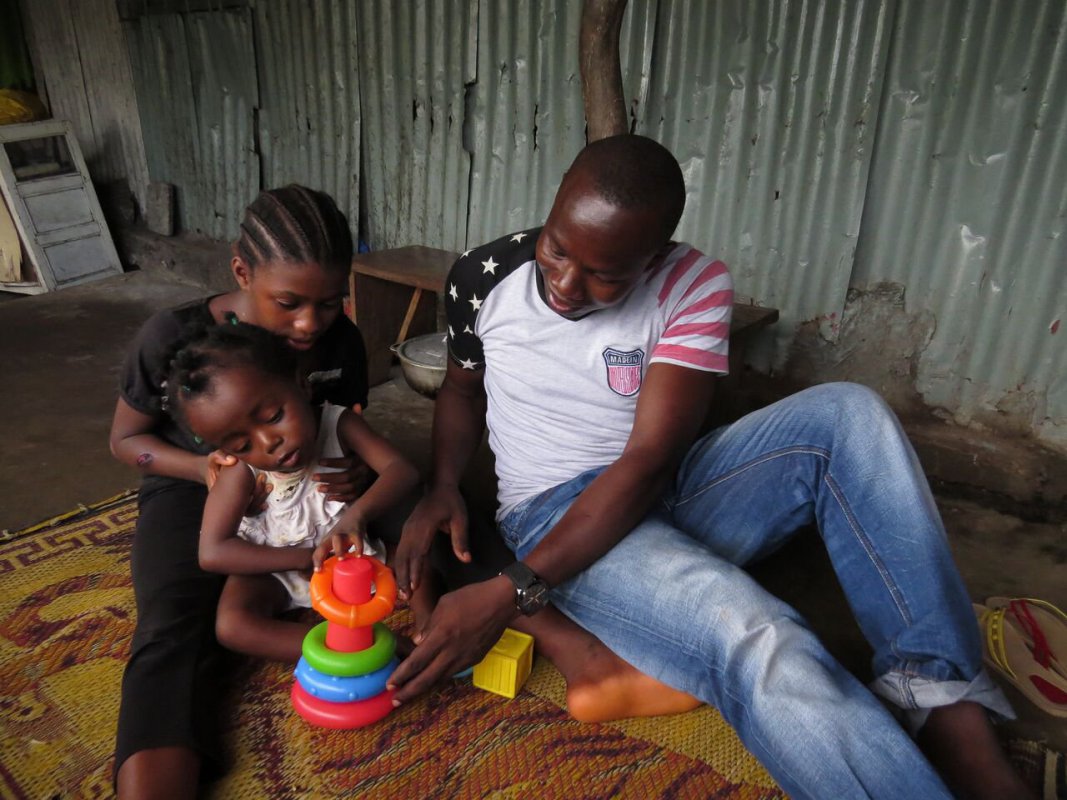 A young mother watches her little boy play in her home in Freetown, Sierra Leone, West Africa. The physical therapist assists him and directs his play, while the mom observes and learns exercises she can help him with. Because of the boy’s serious disability, exercises are difficult. As she listens to the therapist and watches, the mother’s hopelessness and shame begin to be lifted.

The father had left them, saying the boy’s disability was the mother’s fault (the assumption in this culture). The disability and responsibility were too much for him. Meanwhile, the mother has considered the unthinkable: abandoning her child who is seen as a curse on the family and possibly demonic, because of his disability.

While this is shocking, it is sometimes done in many African cultures. With poor prenatal care, girls being forced to marry too young, and high rates of female genital mutilation, birth defects and disabilities are too common. The amount of shame and guilt felt by mothers is deeply real.

This is why Enable the Children (ETC) exists. ETC is a program with World Hope International, the official Christian relief and development partner of The Wesleyan Church, that brings hope to children with disabilities in Sierra Leone through therapy and support services.

Enable the Children began in 2007 when the founder, Verity (Furneaux) Boord, saw children would come for physical or occupational therapy to a center a few times and then disappear. Anna Vines, the current director, is a British therapist who has lived in Sierra Leone since 2011. According to Anna, “Children haven’t been seen as a priority by parents or the community, and not worth investing in. Parents want a ‘quick fix’ for the disabilities, which isn’t possible.”

Today, Enable the Children provides physical and occupational therapy to nearly 500 children each month in the Freetown area. One reason for the success is that they take the therapy to the families, into their homes. And while this is a wonderful benefit to the disabled children, ETC does much more. ETC staff know they must also offer help, informal counseling, and social and spiritual support to the families and communities where these children grow up.

While physical and occupational therapists work with the children, family support teams work with the families, hoping to change attitudes about disabled children. Family support teams provide counseling for moms to help them accept and love their children and be engaged in their lives. This attitude shift then trickles into the community, which, in turn, learns to embrace the children rather than reject them.

Anna and the ETC team believe community involvement is key in changing the stigma that hurts disabled children in Sierra Leone.

“If we can’t influence the community and the family, the therapy won’t do any good,” said Anna. “We need to give the child the life he or she deserves.” The ultimate goal is for support groups to form organically through relationships between Sierra Leonean families and their local community leaders, facilitated by our pastoral support worker. Those communities can then form self-sustaining support groups that provide encouragement, love, confidence, and connection among parents with disabled children. This, in turn, is how stigmas regarding disabilities can change. All this is in the context of sharing God’s love with society’s most vulnerable.

When Anna Vines first met Esther, she was a six-month-old with hydrocephalus, a condition in which fluid accumulates in the brain, enlarging the head and sometimes causing brain damage. The enlarged head was too much for Esther’s small, weak body to lift. Since Esther’s mother had to tend to her shop outside in the street, Esther was often left alone on a mat inside her shack.

Esther’s progress was slow, yet steady, once she began regular appointments with Anna and the ETC team. She can now hold her head up while sitting. Standing and walking with support is the next step for Esther.

Anna sees progress from Esther and other kids and she “feels honored to be involved in such transformational change.” Despite returning home to England during last year’s Ebola crisis (the ETC program had to be put on-hold), full services have resumed. Since September 2015, ETC has been an official program with World Hope International, which provides great structure and support. This enables ETC to focus on caring for children and families.

Anna Vines and the rest of the ETC team are making a difference in the lives of hundreds of families: seven therapists or nurses, a pastor and two drivers, along with a few volunteers. But even this great team is barely scratching the surface.

“Not many organizations in Sierra Leone are helping vulnerable children,” said Anna. “There are about 10 local physical therapists in the whole country. This is a need that has just been touched.” Despite the low number of staff and volunteers, Anna knows that by changing the attitudes of parents and communities toward disabled children and sharing the love of Christ, the cultural and spiritual landscape in Sierra Leone can change for the better–one family at a time.

View a video about Enable the Children and meet some of the children benefiting from their work.

Learn more about Enable the Children. 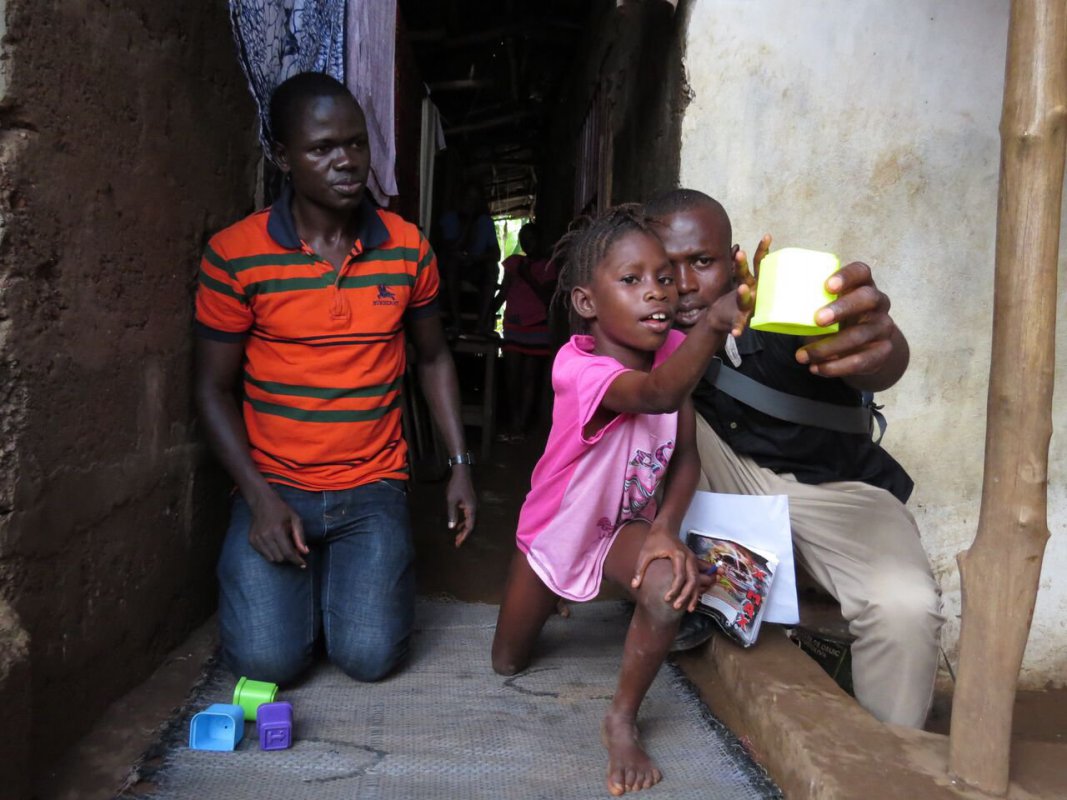 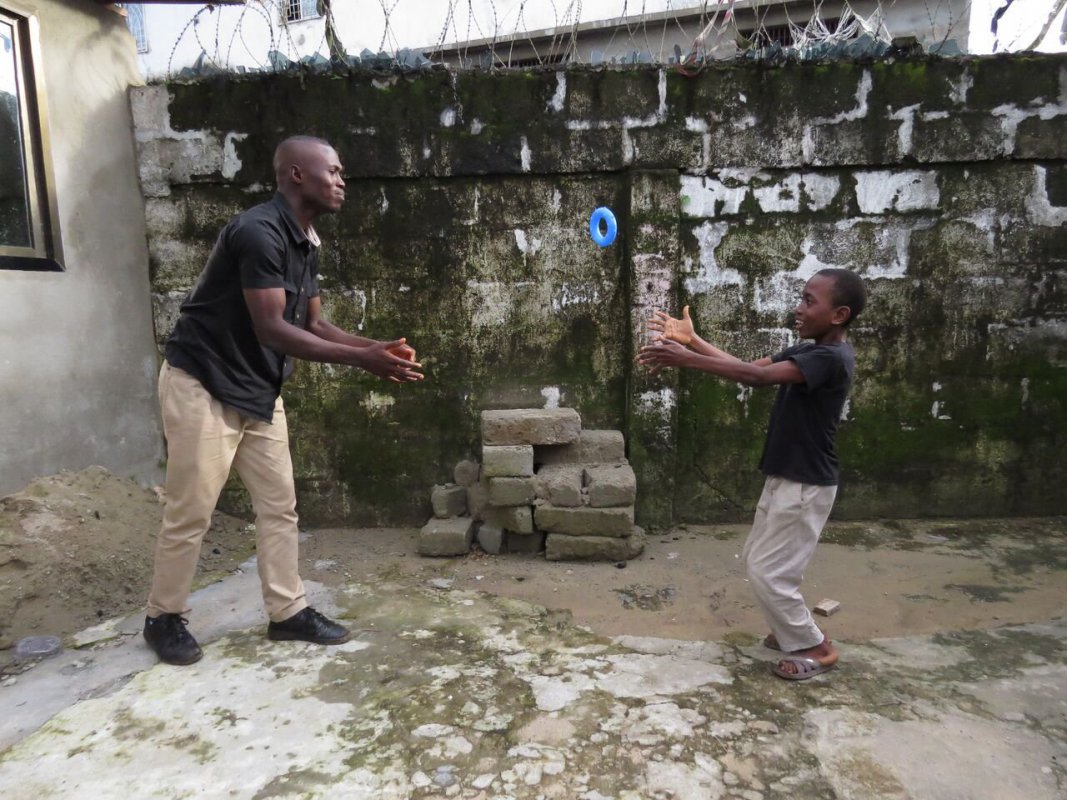 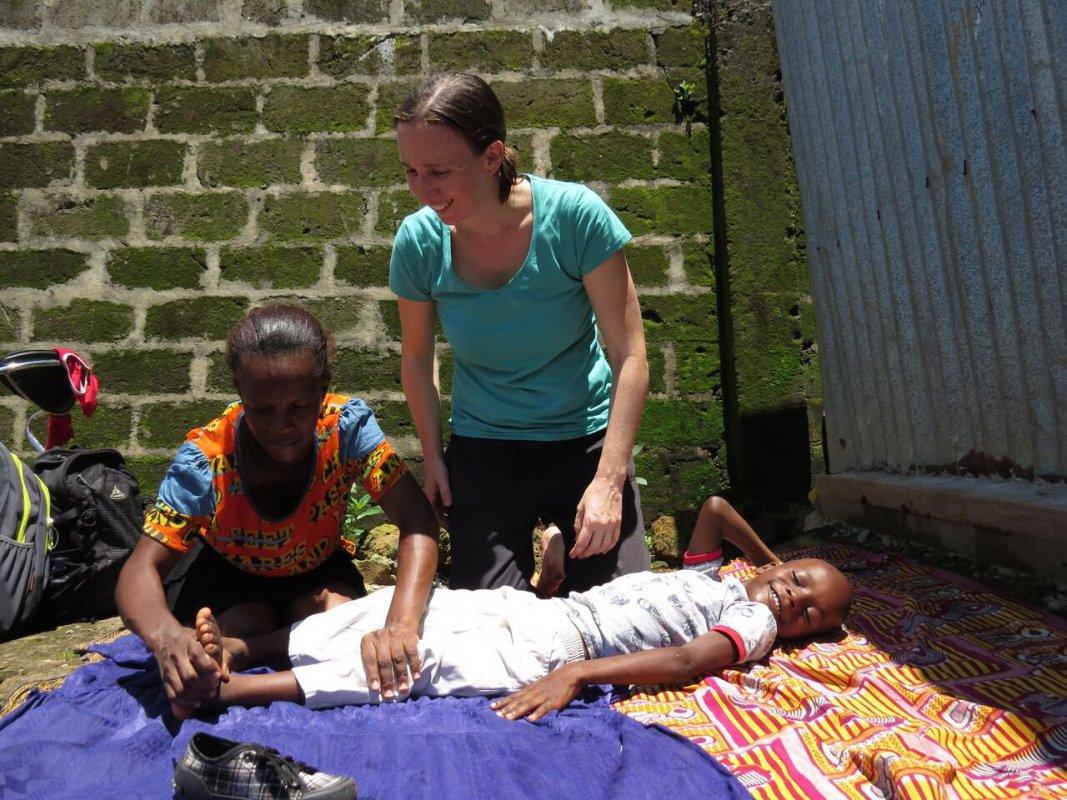 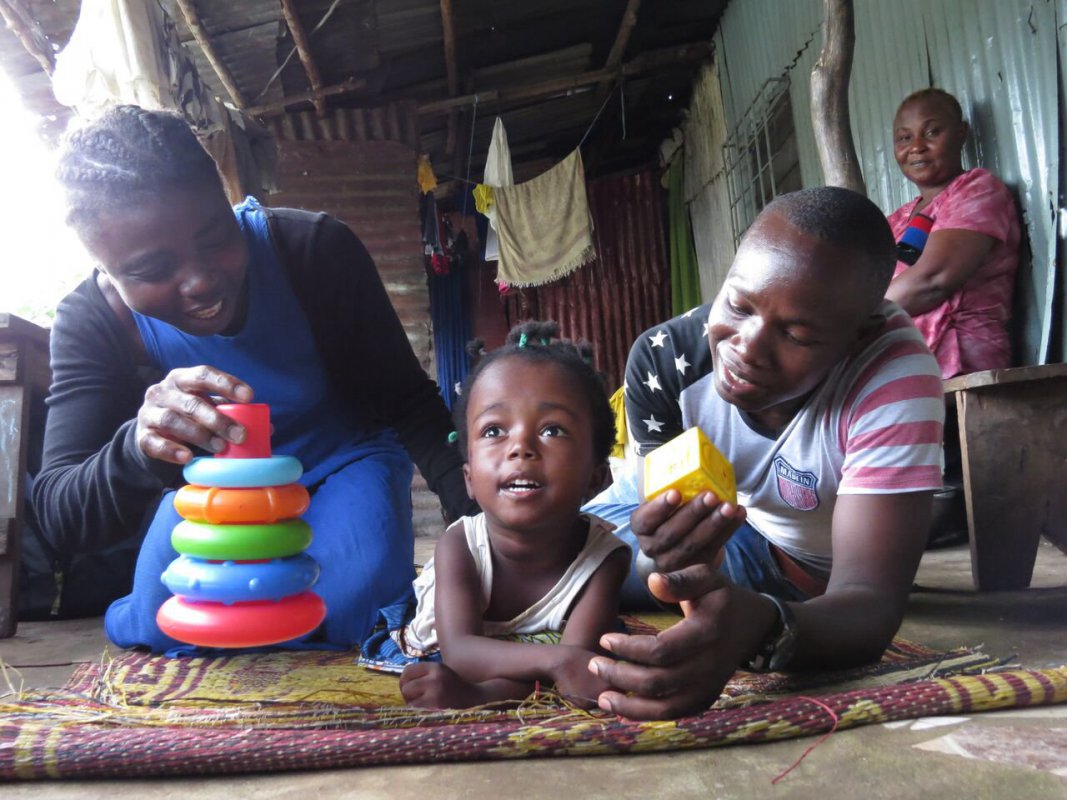 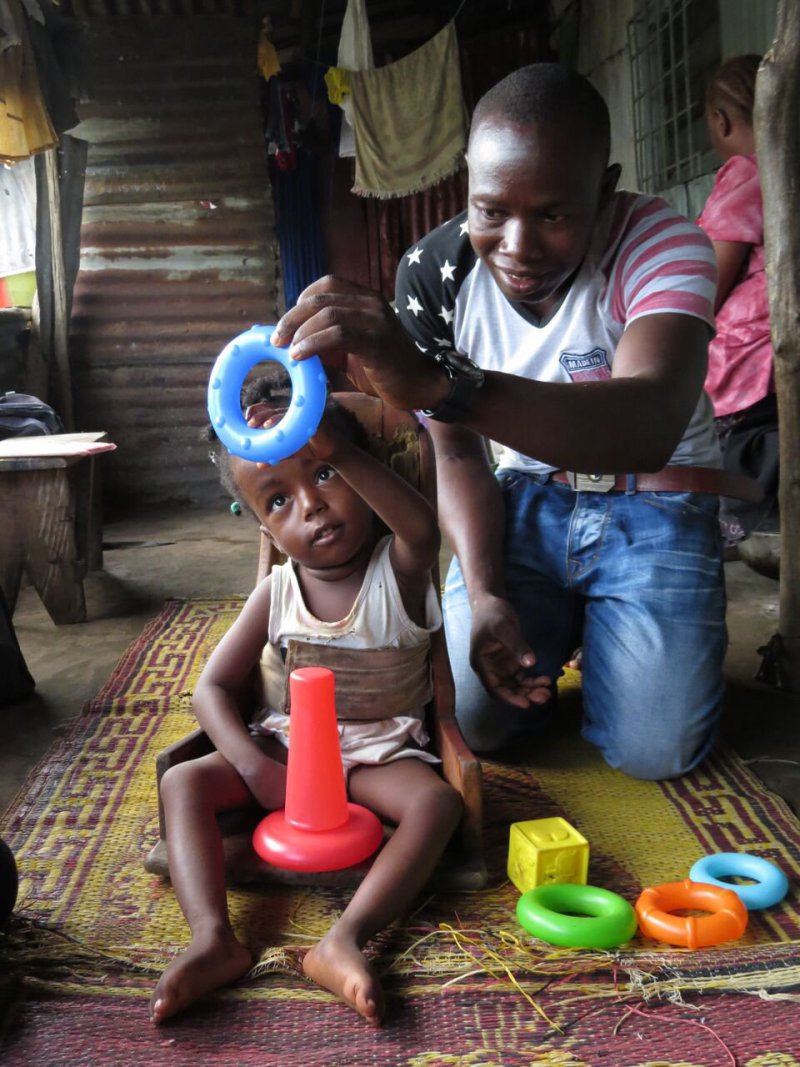