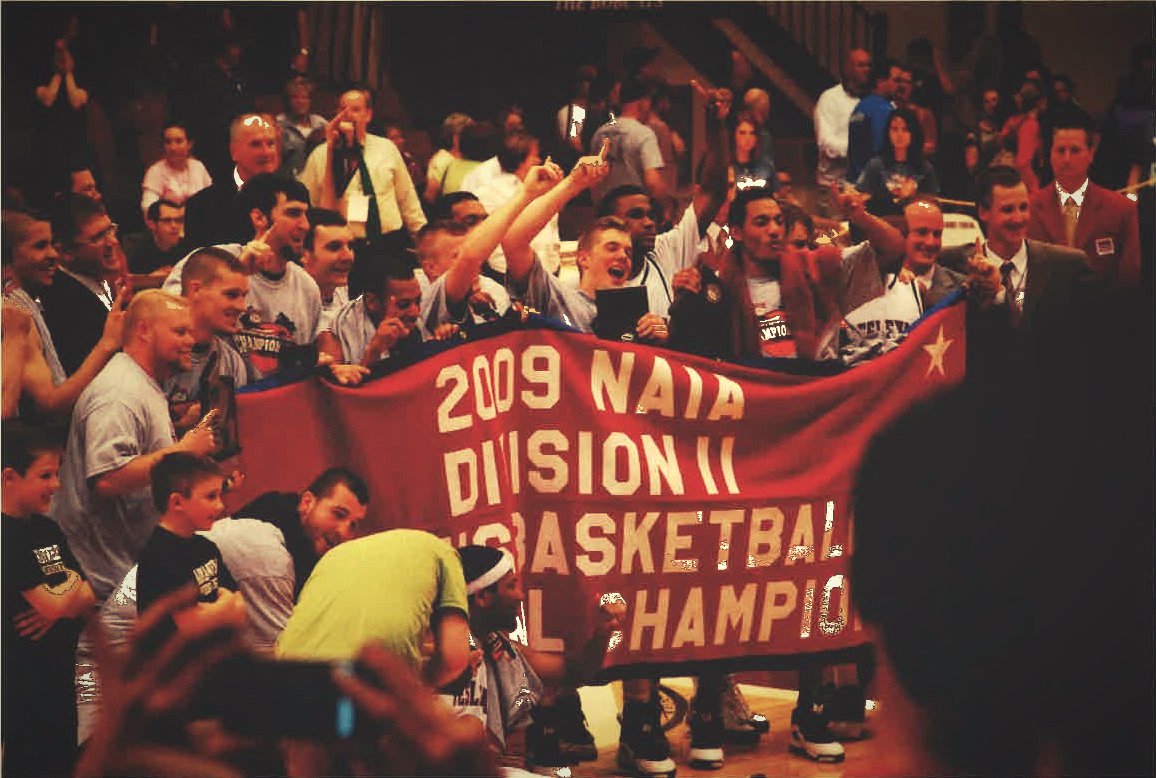 The 2009 OKWU men's basketball team is being inducted into the Sports Hall of Fame.

Oklahoma Wesleyan University is excited to announce the induction of the 2009 Eagles Men’s Basketball team into the OKWU Sports Hall of Fame. The 2009 team, lead by coach Donnie Bostwick, brought home the National Championship title for NAIA Division II.

With record-breaking stats during the season and national tournament, Steve Briggs and Sadiel Rojas will be inducted into the hall of fame individually alongside their teammates. During the 2009 games, Steve Briggs broke a tournament record with 26 three-pointers and completed the tournament as leading scorer with 147 points. He earned the MVP title of the championship.

Sadiel Rojas was also a leading scorer and completed the tournament with two double-doubles—scoring 18 points with 17 rebounds in the championship game alone. Both Briggs and Rojas were named NAIA Division II Men’s Basketball National Player of the Year during their time at Oklahoma Wesleyan: Briggs in 2009 and Rojas during his senior year in 2011.