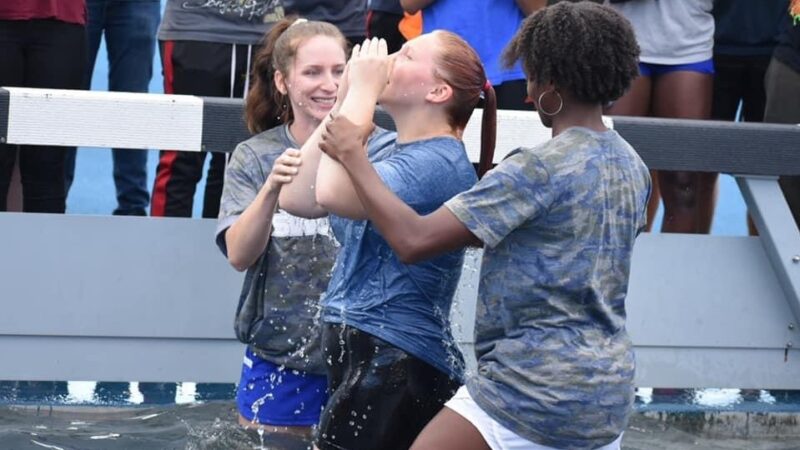 One might assume a student enrolled in one of the five sanctioned Wesleyan college campuses (not counting Wesley Seminary) is already a Christian or at least has a working knowledge of the Bible.

As it turns out, that is not always the case, making Wesleyan campuses a rich environment for turning hearts and minds toward Jesus.

General Superintendent Wayne Schmidt recently shared reports of students coming to Jesus on our campuses, being baptized and leading other students to Christ. Said Dr. Schmidt: “I love the way our Wesleyan universities are making disciples who make disciples!”

Dr. Schmidt has received recent reports from colleges that include:

Leading a student athlete to Christ is not new for Greg Thiel, SWU Men’s and Women’s Track and Field and Cross-Country head coach. Coach Greg states in the 10 years he has been at SWU, he has witnessed at least 100 students giving their heart to the Lord.

In 2021, Coach Greg was preparing to speak to SWU Board of Trustees spouses when one of his track students, Debra, came in his office. She had watched the lives of some of her friends change and she wanted that salvation, too. “So, after I helped her ask Jesus into her heart, we marched over to the meeting and she told her story to the trustee’s wives, which was cool,” he said.

That encounter inspired the trustees’ spouses to raise money to purchase Bibles for students. Some of those Bibles sit on Coach Greg’s bookshelf, and when Debra’s mother, Maxine, visited the school, she asked if she could have one. Coach Greg said the Lord led him to highlight two verses and then gave the Bible to her and asked her to read them aloud. “She did, and she started crying,” he said. “I led her to Christ right there.”

And while leading students to Christ happens all over campus, student athletes started a ritual about eight years ago of getting baptized in the steeplechase pit at the track.

There are many other examples of what is happening on the SWU campus that are both faculty and student-led, says Dr. Mark Wilson, associate professor of Christian Ministries. Examples include students being led to Christ by a professor after volunteering to answer a questionnaire on where they stand spiritually, to two well-attended worship services that are completely student-led initiatives. 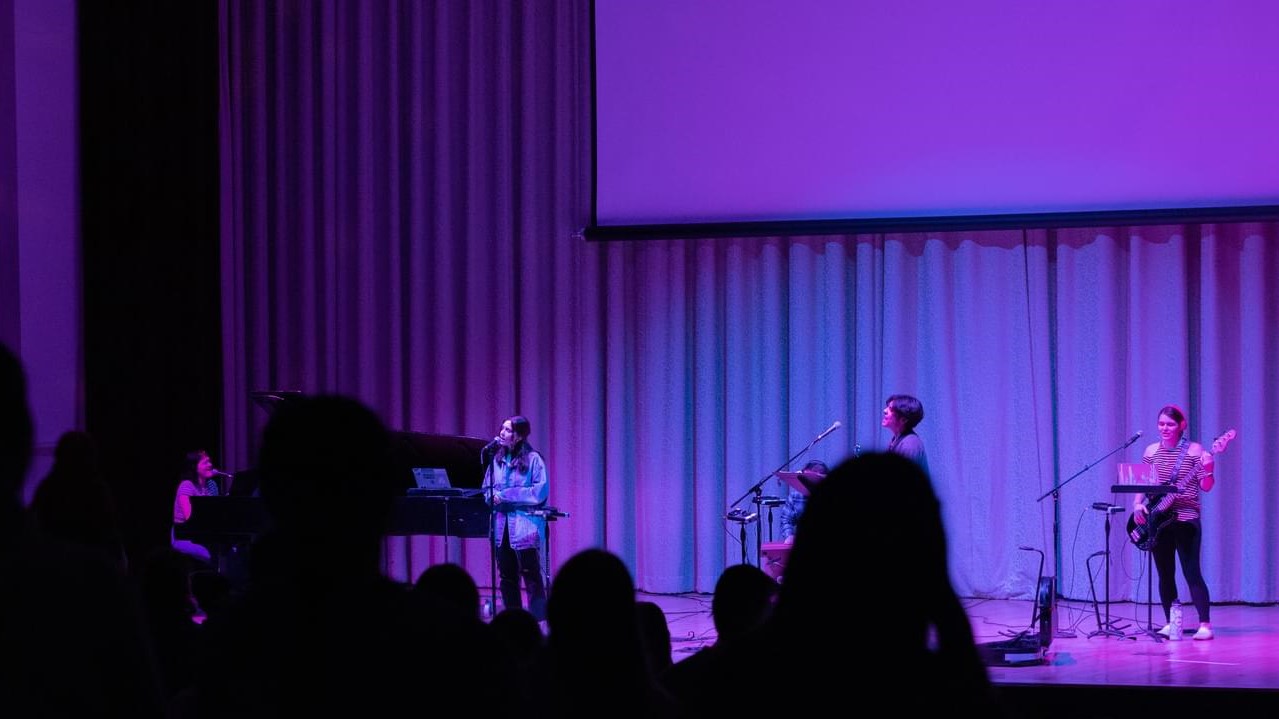 Houghton University in New York last fall hosted a spiritual revival called “Rooted.” Houghton President Dr. Wayne Lewis, Jr. said it was led by local Wesleyan church leaders as well as by a multicultural, multigenerational church from Rochester, New York. “Houghton students and staff and community members came together each day for a time of praise and worship, preaching and prayer,” said Dr. Lewis. Western New York District Superintendent Joey Jennings provided a greeting for attendees on the first evening.” The event was such a success that plans are underway for another revival next fall.

At Kingswood University in Sussex, New Brunswick, Canada, “a student leading someone to Christ is almost a weekly occurrence,” said Andrea Gunter, vice president for Enrollment and Marketing. “Kingswood has a Praxis program that provides opportunities for students to put what they are learning in the classroom into practice.” 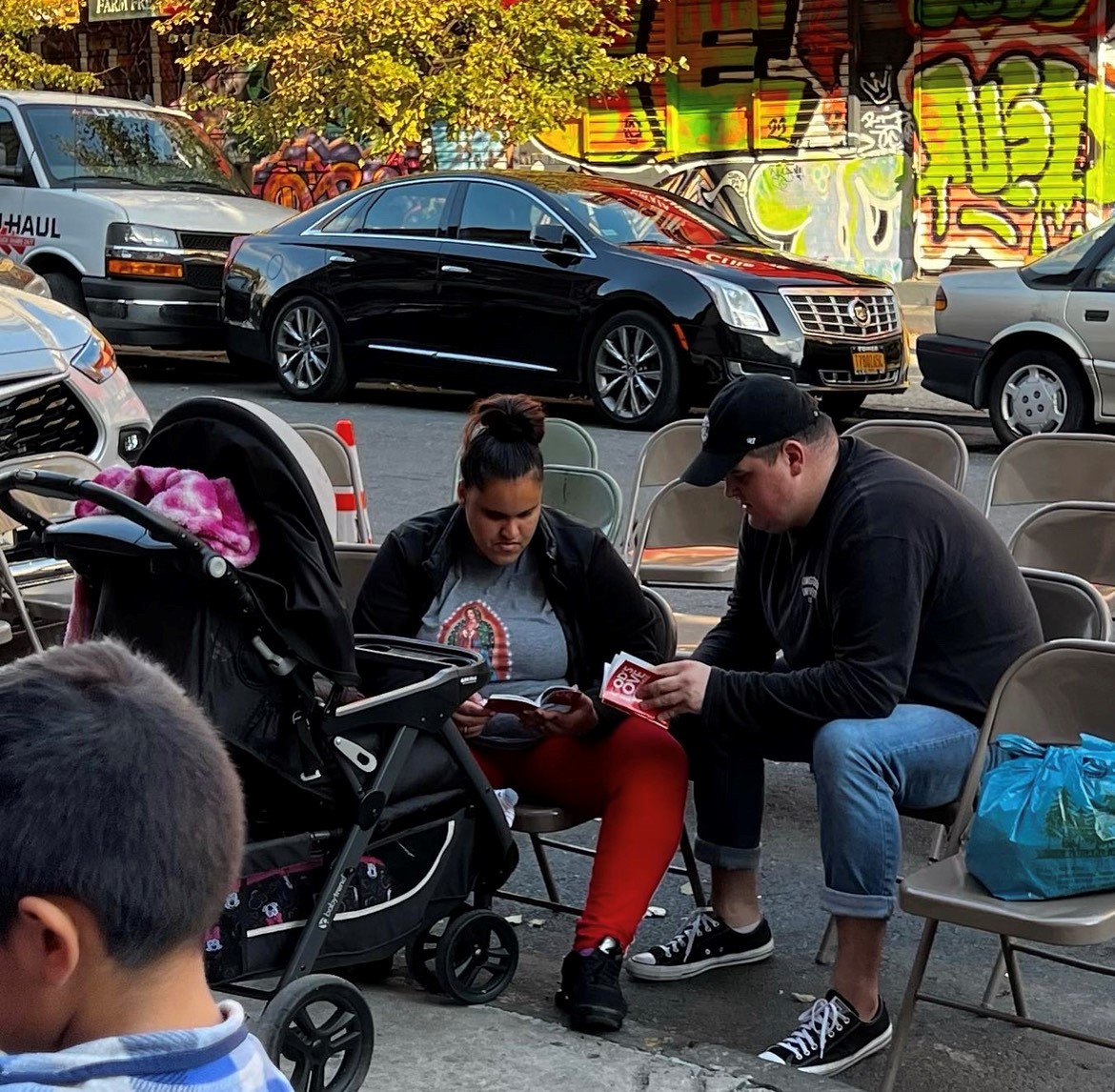 Praxis Program Director Mike MacNeil said, “They [students] are exposed to various kinds of community needs and models of Christian ministry. During these excursions, students may find themselves engaged in compassion ministry, like taking food into tent cities, or in evangelistic moments, like praying for someone to accept Christ in a drug rehab program.”

Vice President Gunter added, “And their energy is contagious when they come back to campus and testify in chapel and in their dorms about witnessing the power of Christ to change lives.”

The same happened in Indiana Wesleyan University (IWU) in mid-November when 14 students accepted Christ after chapel. Former Marion Campus Chancellor Dr. Rod Reed said, “One of the things we’ve done in the past couple of years is being intentional about prioritizing regular opportunities for students to hear and respond to the gospel.”

IWU also partners with Cru, the United States arm of Campus Crusade for Christ International, for student evangelism training. “The peer influence on teams and in residence halls is substantial,” said Dr. Reed.

In 2021, nearly 100 students at IWU made a decision to be a Christ follower. Dr. Reed said that in addition to this happening in Bible classes, “our athletic department has been very evangelistic, and it’s a regular thing for student athletes to be baptized in the pool or the pond near the football field. It’s a common occurrence.”