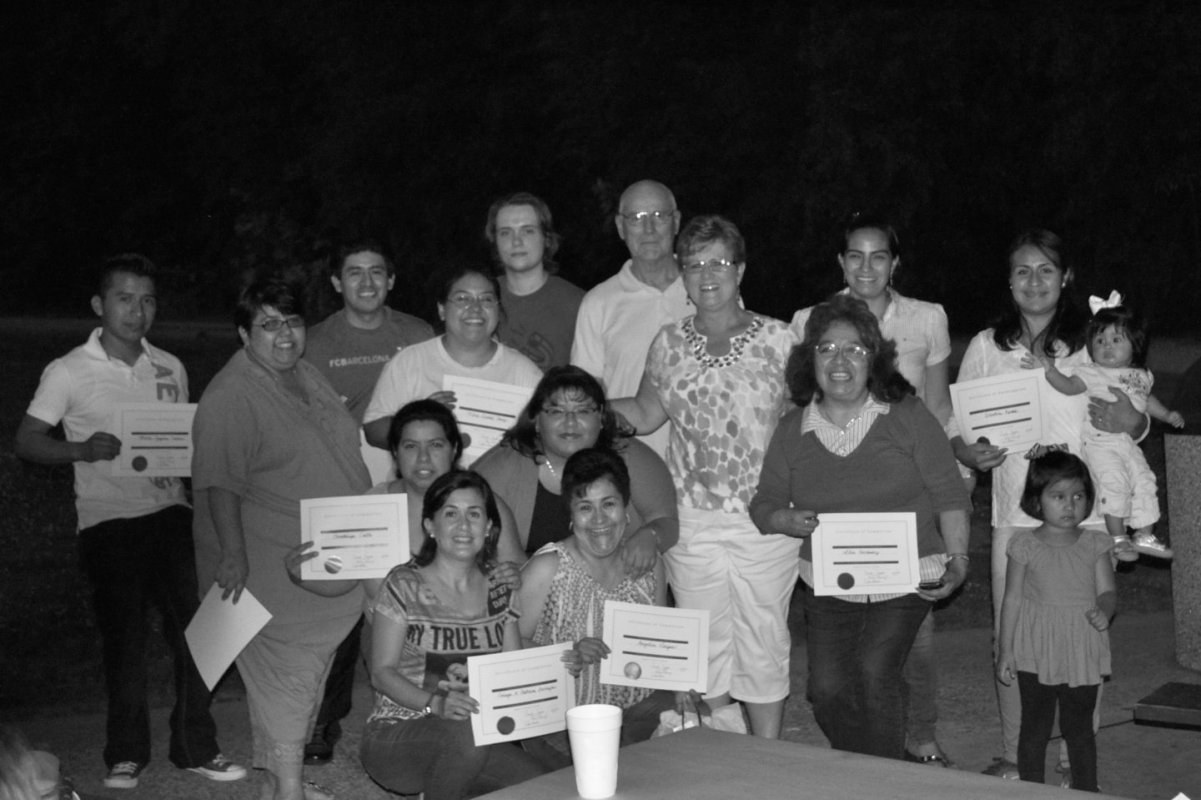 Overcoming the Barrier of Language

The First Wesleyan Church demonstrated the love of God through ESL classes.

Crisoforo is native of Guatemala, who came into the country only being able to speak his native dialect with only a small amount of Spanish. Learning English was a priority for him, because he knew if he wanted to obtain a job and make a life for himself here in the country, English was a key factor to getting all of that. Through intense ESL classes (English as a Second Language) Crisoforo was able to learn both English and Spanish in one class setting. Learning Spanish has helped him better communicate with Hispanics in his region, and learning English has allowed Crisoforo to have more opportunities of getting a job.

The First Wesleyan Church has responded to the need for ESL classes in its area. Located in Tuscaloosa, Alabama, this city has seen first hand the rise of the Hispanic population. With a significant increase, creating ESL classes seemed like the next step the church could take. Tracy Gorveatte, head leader of the ESL classes, shares, “It is about responding to the Great Commission . These people are our neighbors and we didn’t want to turn them down like others had been doing. We saw this opportunity to share the love of God through a practical way.” The class size was once at a point where the instructors could have one-on-one time with the students. Now, seven years later, they reached their maximum limit of students who are able to receive ESL classes at their church. “We are now at a class size of 100 students, when a while back we only had a few people! We began contacting and recommending people to other facilities that offer ESL classes, we don’t want them to loose their opportunity of learning English.” Contacting and building a relationship with their local Catholic Church has been a helpful resource to them.

Tracy has come into contact with people who have tried learning for years but are simply having trouble learning. Through the classes, many others have gone off to teacher others English. Francisco, a former student at First Wesleyan Church, has successfully learned English and is now teaching other Hispanics. “These ESL classes are not only helping the people we teach, rather, the students go back to their community and teach others. Francisco has asked for a certificate indicating that he completed the course, thus making him an ‘official’ teacher!”

The current project they are now working on is trying to develop a family resource night. Here they will give classes to families and provide other help. “We want to begin teaching children at a young age, that way when they begin school they already know some English. Teaching the parents English is also important, that way there is no language barrier within the families.”

In Acts we read about the day of Pentecost in which there was an out break of different languages. Many people began speaking the native languages of others so that they could understand what was being said. Having so many different languages is a beautiful things, although it may at times present trouble when trying to communicate, however, there is now a way to overcome that barrier through ESL classes. As summer comes to an end and the new school year begins, take into consideration the opportunity the ESL classes offer the church in regard to sharing the Gospel. Looking through your community and partnering with other churches or organizations that offer these classes is one way to begin helping our neighbor.