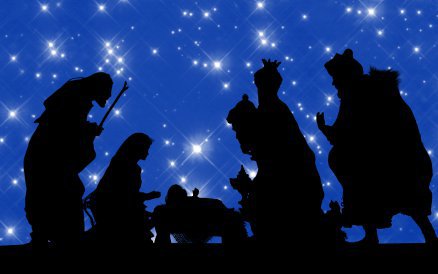 This time of year "peace on earth" can be heard often. While global peace is greatly needed, Ron McClung asks, "What about your peace at this Christmas season? At home, at work, and in life?

There are places in Europe where you can sink a spade into the earth, Bruce Thielemann observed, and bring up a piece of history. In just two or three spades full of earth, you can dig up ancient artifacts as well as bits of metal from much more modern times. You might discover a flint fist hatchet, he said, used in ancient times to crush the skull of an enemy. In that same bunch of earth, you might find a bit of shrapnel from some shell fired during World War I. Crushing the skull in one instance. Blowing a person to bits in the other. War upon war. The absence of peace.

It’s enough to make one wonder about the message of the angels: “Glory to God in the highest and on earth peace to men on whom his favor rests” (Luke 2:14).

Thielemann suggested that if you ask most people why there is no peace, they’ll say it’s the other fellow’s fault. A few years ago, during the Cold War, Ann Landers wrote a column in which she tried to depict what the earth would be like after a nuclear war. She asked all her readers to clip the article and send it to the White House. The President sent her a letter a couple of weeks later, saying he had received more than 200 clippings. He went on to suggest, “I think you sent them to the wrong place. They should have been sent to the Kremlin.”

In other words, the problem is with those other guys.

World War I was the “war to end all wars.” Certainly World War II should have settled that score. But now we’re fighting not so much over territories as we are fighting over ideologies. Animosities arise just because our skin is the wrong shade or our beliefs don’t match someone else’s.

That’s all very sad, but on a personal level, what about your peace at this Christmas season? Is there peace in your life? In your family? At the place where you work or go to school?

If not, I suggest you pray to the Prince of Peace. He is the One who is able to bring peace into every situation. Seem impossible? Why not try it before you jump to conclusions? Ask him to bring peace to your heart first. Then see if your Christmas season does not seem brighter.