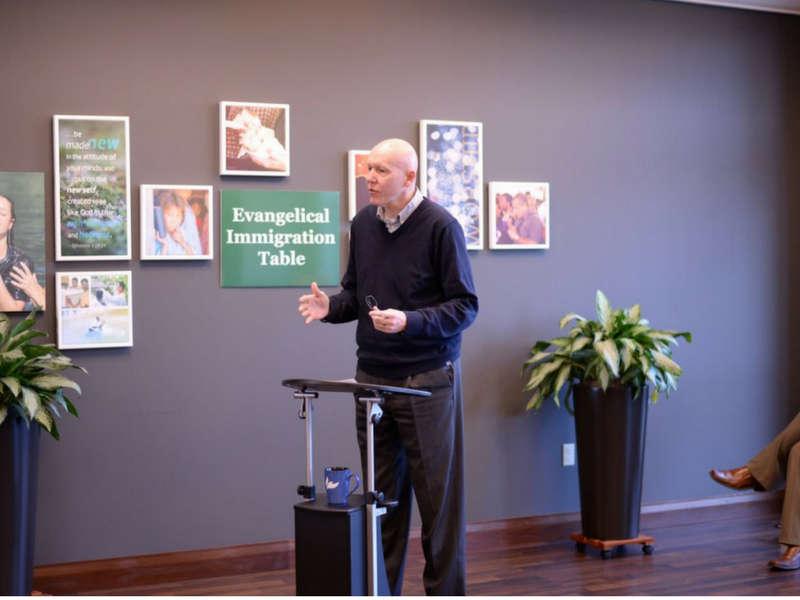 Polarized: 3 Ways to Preach Unity in a Divided Political Climate

What does the church do after a divisive election year? Though we’ve faced this question before, its implications seem particularly important in the wake of this political season. Churches are grappling with how to reconcile political ideologies that bleed into the way we interpret the Gospel; we’re trying to invite all people–from wealthy entrepreneur to undocumented immigrant–to the Lord’s Table. This election, however, has made such endeavors more complex.

The local church’s role as a unifying force in a divided political climate has implications for pastoral counseling, leadership principles, and perhaps most importantly for the proclamation of the gospel.

In considering the pastoral implications on proclamation, we had a conversation with Rev. Steve DeNeff–Senior Pastor of College Wesleyan Church in Marion, Indiana—who is one of The Wesleyan Church’s foremost voices on preaching.

“It feels like we’re voting for sides, not leaders—and that—in my years—seems unprecedented,” reflected DeNeff. “What’s made this political season so divisive in the church is that somehow both sides have tied that vision, that utopia, to the Kingdom. And I think my concern for the church right now is that this political climate may be calling out—in the church—the ways the church’s own Gospel has evolved.”

Whether implicitly or explicitly, most churches maintain some vision of how to harmonize with God’s movement in the world. Such harmony gives the church productive movement, except when we fail to recognize that no political ideology or candidate (no matter how upright their standards) can fully exemplify the Gospel’s implications.

The church’s vibrancy lies in our ability to forge united direction from diverse perspectives; to invite people from all walks of life into Christ’s body, thereby fostering an environment in which political perspectives make up only a small part of the story to which we belong. Misaligning these priorities (mortaging future spiritual credibility on fleeting political affiliations) is a sign we’ve lost our identity as God’s agents of redemption in the world.

But in a political climate full of punditry, this is difficult. “Why it’s so hard in the church is that we are not allowing the Scripture to shape our narrative,” stated DeNeff. “Our narrative is shaped by the movies, the media, and political bantering. The media has created a brand of news-telling; and with brand comes brand loyalty—followers. That has played on these two sides so you turn on one station and they’ll say all good about the one without doing so with the other one. And that would not affect the church unless it was the church’s dominant narrative. And that, I think, is the real tragedy. The church’s culpability is that it has not filled that vacuum with a better narrative. We have to stand up and say ‘You are children of God, you are bearers of the light, children of the Kingdom of God—these are your ethics and values.'”

What’s the result of the “narrative vacuum”? Fear. “Jesus tells me, ‘fear not’ and both candidates tell me to fear the other one getting elected. The fear running rampant in this election is unprecedented in my lifetime… and that is because our reality is not defined by Jesus,” said DeNeff.

So how do we preach in this kind of divided political climate? DeNeff offers three tips:

First: the shepherd—we need a shepherd’s voice, a wise pastor who’s a sage.

Second: the prophet—not in a loud, bellowing way, but prophetic in a sense that one is not afraid to say countercultural/counterintuitive things. The prophet in a time right now will be strongly resisted. And if you come on too strong, you’ll alienate the people you’re trying to reach. This is not the time in history for solely-intellectual teaching. A prophet tends to speak of the time, era, and character called for in those times. A shepherd tends to speak laterally to people, to speak from testimonies and grappling with the text… a self-awareness. Pay a lot of attention to voice. After you write every sermon, ask ‘Which voice will best communicate this message?’ and deliver the sermon in that paradigm.”