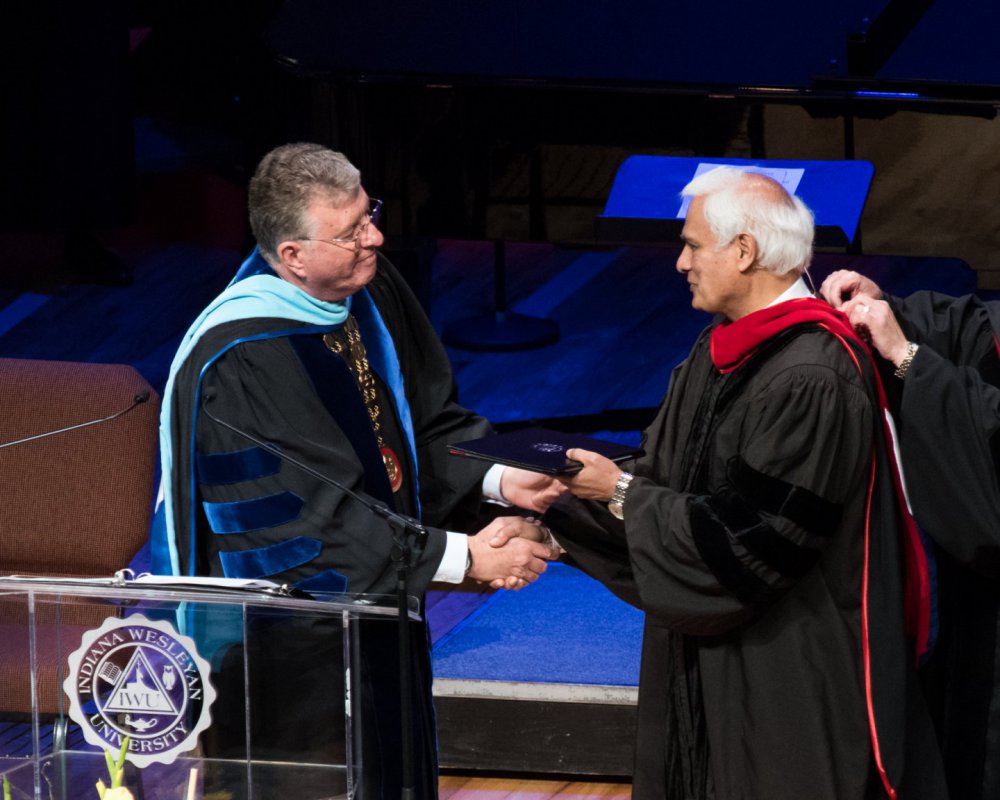 Ravi Zacharias—a Christian apologist, evangelical leader and award-winning author— was presented with the 13th annual World Changer Award at the Society of World Changers Convocation at Indiana Wesleyan University in Marion, Ind., Wednesday, March 30. The event was held in the Chapel Auditorium and included music from the IWU Chorale, the presentation of the life-size sculpted bust of Zacharias (placed in the Jackson Library rotunda with the previous eight honorees), and a question-and-answer session with Dr. Lenny Luchetti, associate professor of proclamation and Christian ministries at Wesley Seminary of Indiana Wesleyan University. The Convocation was open to the public.

Zacharias, an Indian-born American citizen, is a renowned evangelical speaker and author. For four decades, he has spoken at scores of universities and international prayer gatherings. His venues have ranged from the White House to the Lenin Military Academy in Moscow, and he is an advisor to key leaders in American government. Zacharias has appeared on CNN, Fox, and other international broadcasts. He is the author of numerous Christian books including the Gold Medallion winner Can Man Live Without God, and his weekly radio program, Let My People Think, airs on nearly 2,200 outlets worldwide.

Zacharias is also the founder and president of Ravi Zacharias International Ministries (RZIM). Passionate about theology and evangelism, Zacharias founded the Atlanta-based organization with the mission to reach and challenge those who shape the ideas of culture with the credibility of the gospel of Jesus Christ.

“Dr. Ravi Zacharias is one of the world’s most respected voices for Christianity”, said IWU President Dr. David Wright. “We are thrilled to honor Dr. Zacharias, whose name adds great distinction to the Society of World Changers.” IWU presented Dr. Zacharias with an honorary doctoral degree. 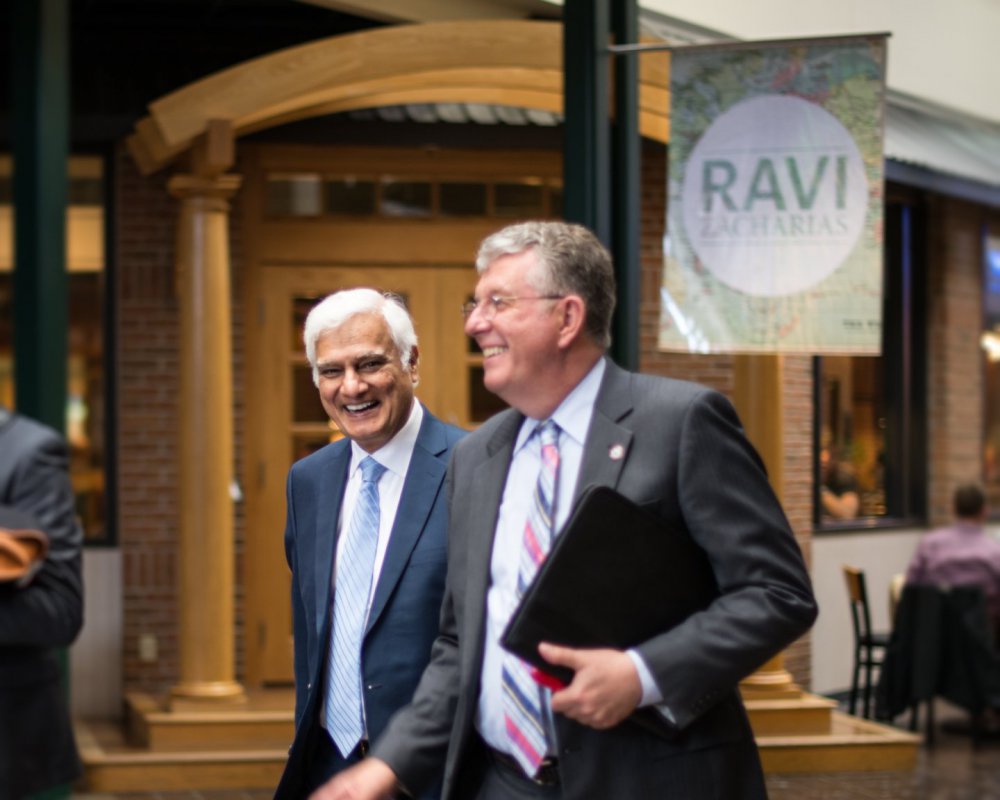