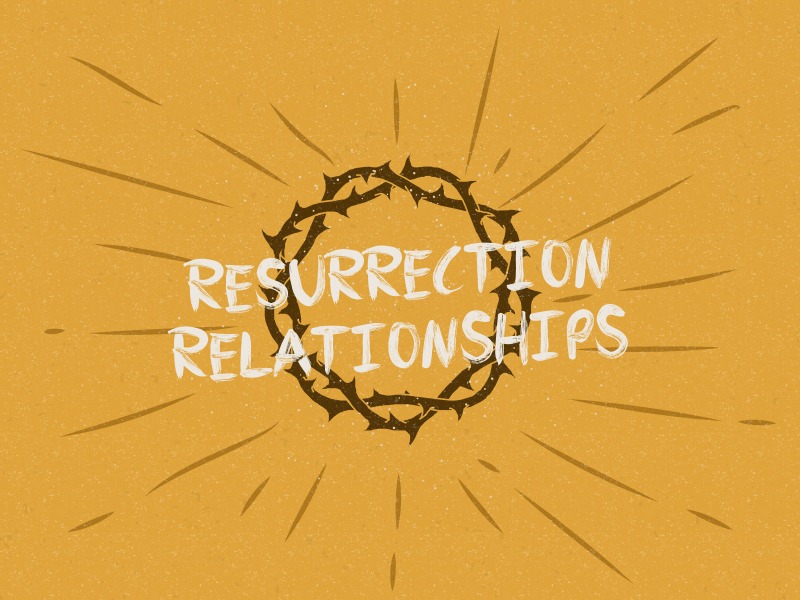 Are you or is someone you know hopeless, ashamed, grieving or doubtful? Jesus brings resurrection relationship to those struggles and whatever else we experience that tears down relationships.

The resurrection of Jesus Christ is the great hinge of history. The risen Christ is nothing short of the way Christians understand the entire universe God is bringing toward restoration. It is hard to overstate the scope or importance of the resurrection with lofty words.

However, when Jesus rises, the first thing on his agenda is more simple and commonplace: relationship. Jesus doesn’t show off his new death-defeating cred in the Temple to those who doubted and killed him. He doesn’t make a big deal about it at all.

Instead, Jesus prioritizes his time with resurrection conversations with those who are hopeless, ashamed, grieving and doubtful. Yes, Jesus makes all things new, but the first thing he makes new is his relationships.

Mary of Magdala is hopeless at the death of the one who delivered her from her demons (literally). But Jesus first reveals himself to the weeping Mary, giving her hope again.

Peter is ashamed of his betrayal, having denied Christ. But Jesus makes that relationship new by restoring Peter as his trusted disciple.

Mary the Mother of Jesus is grieving the loss of her son before her—the greatest loss for a parent. But Jesus appears to her, turning her mourning into gladness.

Thomas is doubtful of the entire event, unwilling to believe his closest friends. But Jesus shows up and gives Thomas something to believe in.

Are you or is someone you know hopeless, ashamed, grieving or doubtful? Jesus brings resurrection relationship to those struggles and whatever else we experience that tears down relationships. Jesus rises and makes all things new, carefully and personally sewing back together what was once ripped apart.

To the hopeless, Jesus reveals a whole other level of unbelievable hope. To the ashamed, he gives his unearned trust again. To the grieving, he restores unexplainable gladness. To the doubtful, he not only gives belief, but also an unprecedented opportunity to witness to others about that belief.

May you experience these kinds of resurrection relationships this Easter season as Jesus Christ makes all things new for you.