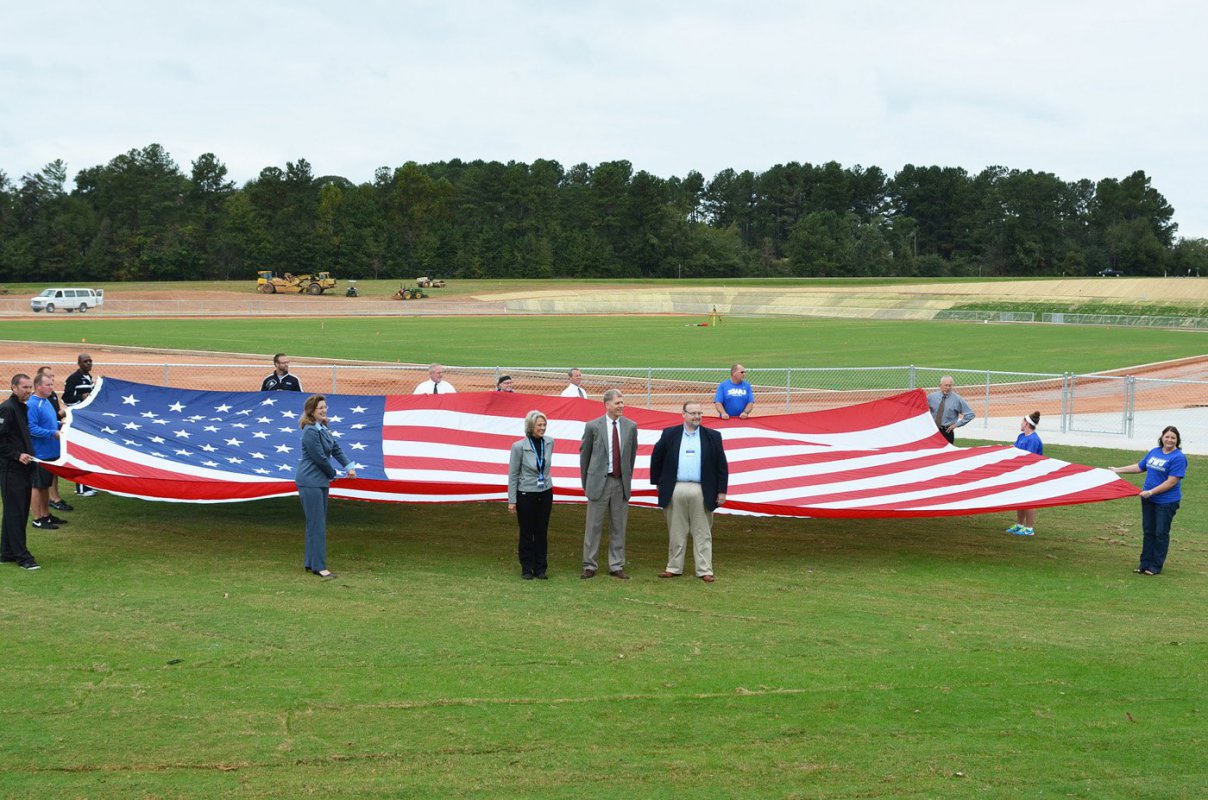 Sam’s Club of Easley, S.C., donated a 38-foot-by-20-foot United States flag and a large South Carolina flag to Southern Wesleyan University (SWU) on October 15 at the SWU Track and Soccer Complex, currently under development on the campus in Central.

Representatives from Sam’s Club joined SWU’s student-athletes, coaches, and university administrators for the presentation of the two flags, which will someday fly over the new athletic facility located near the entrance at S.C. Highway 93 in Central.

“We are proud to be representing the associates of Sam’s Club in Easley. Sam Walton (Sam’s Club and Walmart founder) always wanted to give back to the community and that’s why we’re here today,” said Vicky Farmer, membership team lead for Sam’s Club’s store #4901.

Brian Raines, membership coordinator for the Sam’s Club location and 1994 Southern Wesleyan graduate, is pleased to see the growth taking place on the Central campus.

“To know what this university stands for and to see what that flag represents, it’s just a warm feeling inside,” Raines said.

“The vision we have is for this institution to be a generous institution and a community institution – it fits so wonderfully with the mission of Sam’s Club and Walmart and their commitment to community,” said Todd Voss, Southern Wesleyan University president. “It’s such a great win-win and to find partnerships like this, it’s just such a blessing to us.”

Voss added that the university is currently seeking funding for a flag pole large enough for the two flags. Plans are to erect it in front of the complex.

According to Chris Williams, SWU’s director of athletics, the complex will be dedicated in spring 2014, with the “SWU Blue” track and soccer field ready for practice by January or February.