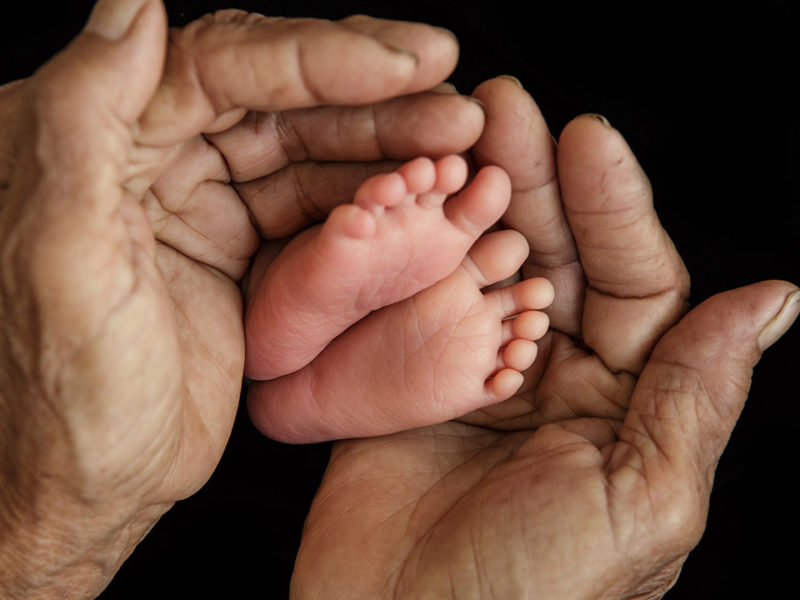 Sanctity of human life efforts must include support for struggling parents

A woman who recently considered abortion invites us to be present and listen to her story.

While awaiting her release from jail on December 27, 2021, and anticipating giving birth a month later, Amanda* courageously accepted the invitation to tell her story. She has chosen to use her time in jail to work on her relationship with God, seeking wisdom to navigate what lies ahead.

“I have deep regrets,” says Amanda. “I honestly don’t know how I am going to do this — divorced, mom of four, unemployed and just released from jail. But I’m praying for faith to believe that God will bless my family for choosing to keep (my baby’s) life.”

Amanda was raised in what she describes as a loving, happy Christian home. She recalls, “My parents taught us good morals, we went to church every Sunday, were involved in church groups and went to Christian schools … through college.”

She desired to follow God’s path, but pinpoints when she started to veer off course with a dating relationship in her first year of college. “At first, he made me feel pretty good about myself. After a while he would criticize my weight, what I ate … or what I wore and would constantly pick at me.”

Amanda remembers how her boyfriend began to pressure her in their physical relationship. “I was still a virgin the first time he forced me to have sex. I felt awful and dirty, used and unloved. After a short time, he cheated on me and threw me away like the trash I felt I was. I never told a soul because I felt it was my fault.”

In 2007, she met her “soul mate.” For the first time she felt safe to share her “deepest, darkest secret.” This young man had a dark past, but he was kind to her, and they attended church together. She believed her love could help heal his past hurts and anger.

They married in 2010 and had their first baby the following year. Amanda felt the weight of responsibility as she attended graduate school, worked two part-time jobs and cared for the baby. Adding to the strain, her husband was unemployed due to a work injury, taking prescription pain medication and showing his anger more often.

Once, when Amanda complained of everyday pain, her husband offered her a pain pill. She declined at first, then gave in due to her stress and sleep deprivation. She recalls, “The little pill took away every physical pain and gave me energy to … do everything else that was expected, without any hint of the emotional pain that had started to come back every time he … yelled at me.”

Amanda graduated with her master’s degree and started her new career. The fighting with her husband escalated to physical abuse and the old feelings of loneliness and worthlessness amplified. “Regardless,” she said, “I loved my husband and had taken vows ‘for better or worse’.” By then the couple had three children and she credits her “sweet kiddos” for giving her a reason to live.

Eventually, her addiction spiraled out of control, and she started taking pills from wherever she could get them. As a result, she was arrested in 2018, incarcerated the following year, then entered inpatient drug rehabilitation. A few days before she was scheduled to return home, she received the devastating news that her husband had filed for divorce.

Still, Amanda remained hopeful. She got a job, took care of her kids and believed that God would redeem their family. When the divorce was finalized in January 2021 without miraculous intervention, she returned to substances to dull the pain. Then came more devastating news: her ex-husband had a girlfriend.

Amanda had recently met a man at work, who showered her with attention. She let down her guard and began a physical relationship. The more guilty she felt, the more she turned to taking pills. On probation due to her prior conviction, she failed drug tests and was called back to court on a probation violation.

In mid-June, Amanda discovered she was pregnant. Though she had thought she would never consider an abortion, she felt so desperate that she scheduled an appointment before anyone found out.

“A huge part of my initial reason for abortion was fear — of disappointing my family and of judgement from others,” she said.

Struggling with the decision, she rescheduled twice. Three days before the appointment, she was arrested. Looking back, she expresses gratitude that “(God) rescued me from making a choice I would not have been able to live with.”

In jail, Amanda prayed and felt certain of her new decision to place her baby for adoption. “I had to serve six months in jail so I thought it was perfect — no one will even see me pregnant.” She asked her mom to help her find an adoptive family. That led her to Hephzibah62:4 and the opportunity to connect with a family, ready and willing to adopt her baby. For the first time since she had been pregnant, Amanda felt peace.

That feeling did not last long, however, as she realized that the birth father refused to consider adoption. Despite lingering concerns about the possibility of falling back into addiction, Amanda believes her only choice is to parent her baby.

While acknowledging this is not the path she set out to take, she realizes it is the path God is allowing her to travel. “I am working so hard to trust, all while doing some major work on myself so I can be the mom my kids deserve and need.”

Amanda is recognizing God’s mercy through the love, compassion and prayer support she has received from her family, friends and church. She is hopeful this support will help keep her encouraged and on a path of redemption for her life and the lives of her children.

When asked if she has a message for the church, on behalf of herself and others on a similar journey, her advice is clear. “We are called to love without judging. You will never know the pain that person has walked through. Be there and listen. The church must be the light to all those in pain and love as Christ would.”

Jodi Lewis serves as the director of Hephzibah62:4, a subsidiary of The Wesleyan Church dedicated to equipping and mobilizing local Wesleyan churches to transform the lives of vulnerable children. Sanctity of Human Life Sunday will be recognized on January 16, 2022. Visit hephzibah.org for more information on how you and your church can partner with Hephzibah62:4 and engage in holistic Sanctity of Human Life efforts.