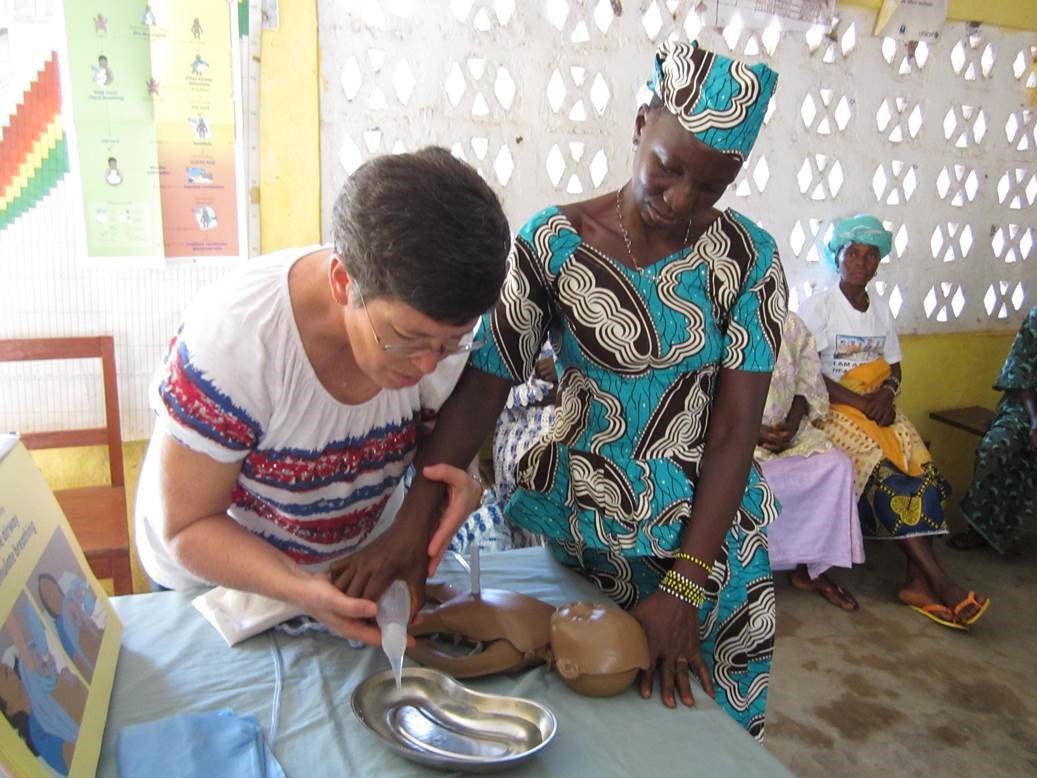 Sierra Leone is ranked amongst the countries in the world with highest under-five mortality. Nearly 1/3 of Sierra Leonean children do not live to see their fifth birthday, and 30 percent of these deaths occur during the first day of life.

One means of impacting and improving the high infant mortality rate in Sierra Leone is by training all those who attend births, including volunteers, in basic infant resuscitation. While the government has taken steps to encourage mothers to deliver at proper medical facilities under trained supervision, these facilities are few in number and are often far away from the women who need them most. The HBB program intends to dramatically increase the number of skilled personnel to be available at deliveries and provide the basic equipment to be used as needed.

We are incredibly proud to announce that World Hope International, under the leadership of health program specialist Carrie Jo Cain, in collaboration with the Sierra Leonean Ministry of Health, is beginning to train Sierra Leoneans under the HBB educational program. This also fits into the Sierra Leonean President’s Recovery Priorities, which aim to “up-skill health workers in RMNCH [Reproductive, Maternal, Newborn and Child Health] to save the lives of 5,000 children,” [every two years] and will add value to the National Community Health Worker (CHW) program.

Carrie Jo, who was raised in Sierra Leone and is fluent in the local dialect, will mentor a highly trained team. Together, they will train over 2,000 health care workers, including all staff and volunteers at Peripheral Health Units, to properly provide neonatal care at the time of birth in that critical “golden minute”–the first minute after birth.

The HBB program, designed by the American Academy of Pediatrics, has already been implemented in 77 countries and was originally designed for use in health facilities. It has, until now, had little chance to join the fight against infant mortality on a wide basis in rural Sierra Leone.

Our HBB program, which will be implemented in five districts in Sierra Leone, is expected to save 5,336 young lives in the country over the course of two years. Read what Carrie Jo has said about the importance and impact of the HBB program:

“Too many babies are dying needlessly because their mothers don’t have caregivers with the training and basic equipment to perform simple lifesaving measures at birth. With HBB, we will provide training on sustainable interventions that can be implemented at the local level, which is critical to reducing the country’s very high rate of child mortality. Thank you to World Hope International for allowing us to draw attention to this very important cause and to the people of Sierra Leone for your determination to build something better.”

[Carrie Jo Cain also served in Sierra Leone during the 2014-2015 Ebola Crisis, training many health workers and helping to turn the tide of the battle against the deadly Ebola virus. Ed.]