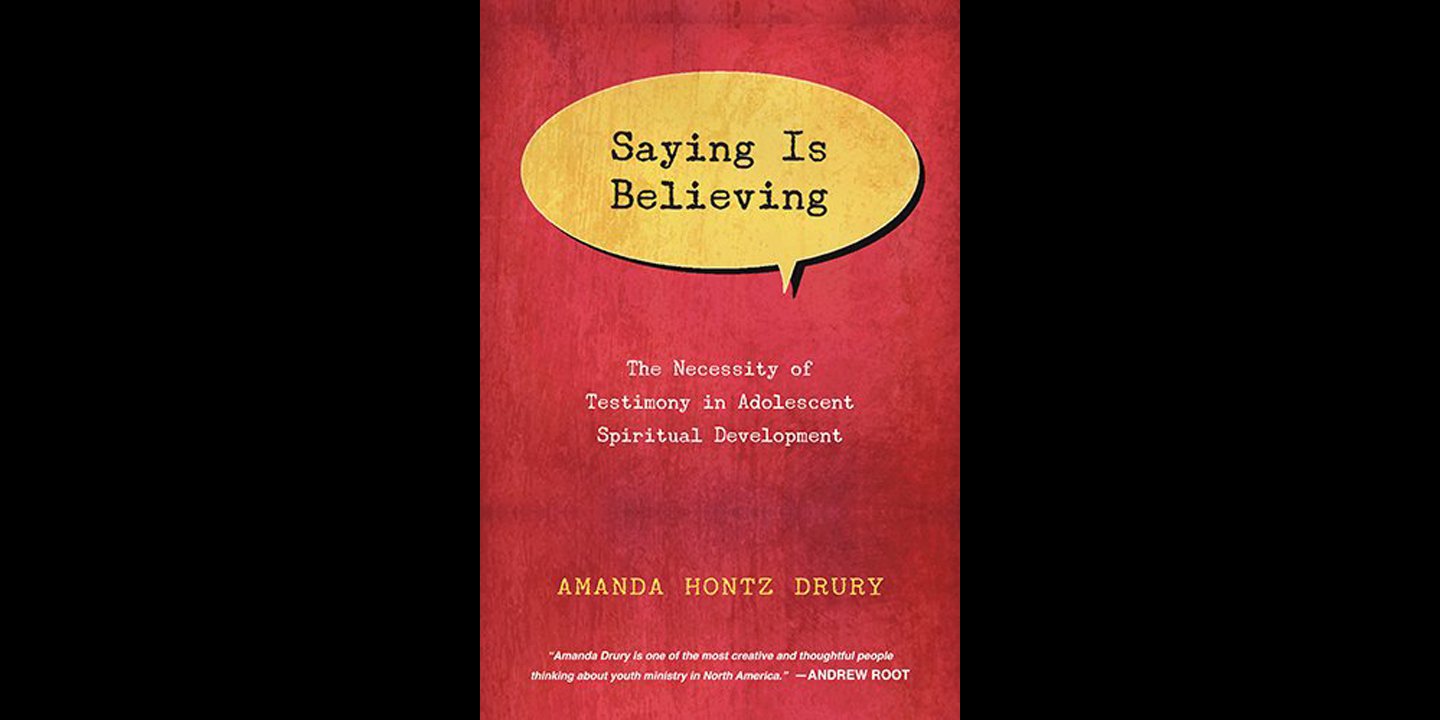 “Preach the Gospel at all times. If necessary, use words.” Various studies across the U.S. show that both teenagers and adults are less and less articulate about their faith.

Introduction to Saying is Believing: The Necessity of Testimony in Adolescent Spiritual Development

There’s an old Franciscan saying, “Preach the Gospel at all times. If necessary, use words.” We Christians tend to like this saying because it keeps us actively engaged in the world. We get to physically, tangibly show people our love of God. We are not those hypocrites who simply talk the faith without walking the faith. We also like this saying because it let’s us off the hook. It leaves us with the impression, “If I just act like a person of faith, than I don’t having to actually talk about my faith.”

“Preach the Gospel at all times. If necessary, use words.” Well, Friends, I hate to say it, but it’s necessary. Various studies across the United States show that both teenagers, and adults for that matter, are less and less articulate about their faith. They are active participants at their local churches, but when they are asked to speak of their faith, they are speechless. This is a problem. When someone has a hard time talking about something, that person often has a hard time believing that thing is true. If we can’t talk about our faith, we will have a hard time taking our faith seriously. When we talk about our faith, we become more faithful people.

A church where I was pastoring was preparing for its annual youth Sunday, where the teenagers would lead the entire service. It was fairly easy finding volunteers to sing or take offering or perform a skit. Finding people to preach or speak publicly of their faith was a different matter.

We normally found our preachers through divine election—meaning we begged and pleaded until someone agreed to do it. This particular year, however, fifteen-year-old Jake Revere begged to speak. He put down his thoughts on paper and met me in my office to share his words. His opening line was, “I’m going to encourage the congregation to try to give God 80 percent of their lives.”

Given my own understanding that discipleship involves the dedication of one’s entire life, I found his words quite interesting. “Tell me more, Jake,” I prompted.

“Well,” he said, “I’ve got a pretty good handle on most of my life. My friends, my family. But there are those areas that I think would be better if I just gave them over to God. My future is something I don’t really have a handle on, so that’s something I want to give to God. I just think it would be really great if the congregation could give 80 percent of their lives to God.”

I agreed with Jake that, indeed, a congregation that was 80 percent committed to the Lord would be a great thing. I then asked Jake to describe to me how he viewed God.

“He’s loving,” Jake said, “and he’s perfect. And he wants good things for me.”

Next I took a piece of paper, ripped it in ten pieces and asked Jake to write down ten different areas of his life that were important to him. These small bits of paper were soon labeled with things like family, friends, schoolwork, theater, youth group, health, future and so on. Finally, I asked Jake to identify for me the eight aspects of his life he wanted to give to this perfect God as well as the two aspects he wanted to hold on to himself. There was a long moment of silence before Jake made a comment that has stuck with me all these years:

Jake came into my office with a preciously unstated theological understanding of God. By articulating this understanding and holding it at arm’s length, Jake was able to examine it in ways he might not have been

able to had it simply remained unstated in his head. My job was not necessarily to correct Jake’s thinking; rather, my role was to reflect back his spoken words and pose questions to him that would allow him to explore developing thought.

Even the attempt to articulate may shed light on our beliefs. A friend of mine shared a testimony concerning a recent experience with doubt. His wife and infant son were away for the week and Jarod was home alone. During this week’s time, doubts concerning his faith began to creep into his mind. These doubts grew exponentially as his solitary week went on. He was both eager and anxious to share his doubt with his wife upon her return. When he sat down and opened his mouth to speak, however, he found he couldn’t utter a word. The doubts that had been so large and oppressive while dormant in his mind seemed silly and insignificant when he tried to voice them. “I couldn’t even say them,” he said. The minute he tried to articulate these particular doubts, he realized there was no power in those fears and felt those particular doubts dissipate. Sometimes simply saying something out loud (or in this case, not saying something out loud) changes our perspective.52 Good writers will tell you that often they have to write multiple drafts until they come to the final product. This kind of drafting is just as crucial with the spoken words

Often we do not know what we think until we say it. And then, once the words have been spoken, we have a draft from which we can tweak or edit our opinions and beliefs.

another person that I can talk about it with makes the experience even more impacting.”53 Dana shares something similar. She explains that while talking about God to her peers makes her feel uncomfortable, there are benefits: you are “outside your comfort zone because you actually have to look at your life from a different perspective.”54 These two teenagers recognize that articulating their experiences with God somehow deepens their understanding of that experience.

Implicit in the above argument is that this kind of articulation takes place in a conversation with another person. Berger and Luckmann deem conversation the “most important vehicle of reality-maintenance.”55 It is not enough to sit in an empty room by oneself and speak aloud; there is something that takes place within a conversation with another individual that privileges a kind of reality. So we might pose the question akin to the adage of the tree falling in the woods: if a testimony is given without an audience to hear is it still a testimony? I argue it is not. Testifying requires reception.

Of course, Berger and Luckmann admit, this stress on conversation “does not deny the rich aura of non-verbal communication that surrounds speech. Nevertheless speech retains a privileged position to the total conversation apparatus.”56 “Reality-maintenance” within conversation is implicit, not explicit; “Most conversation does not . . . define the nature of the world. Rather, it takes place against the background of a world that is silently taken for granted.”57 Conversation implicitly maintains the reality of how one perceives the world.

51Less than a year after delivering this message to his congregation, Jake Revere was killed in a skiing accident on March 7, 2008. Jake’s life and words continue to minister to all who were blessed to know him.

Dr. Amanda Hontz Drury has been in youth ministry for almost fifteen years. An IWU graduate, she holds the Ph.D. from Princeton Theological Seminary and now serves as assistant professor of practical theology at Indiana Wesleyan University and is ordained by The Wesleyan Church. 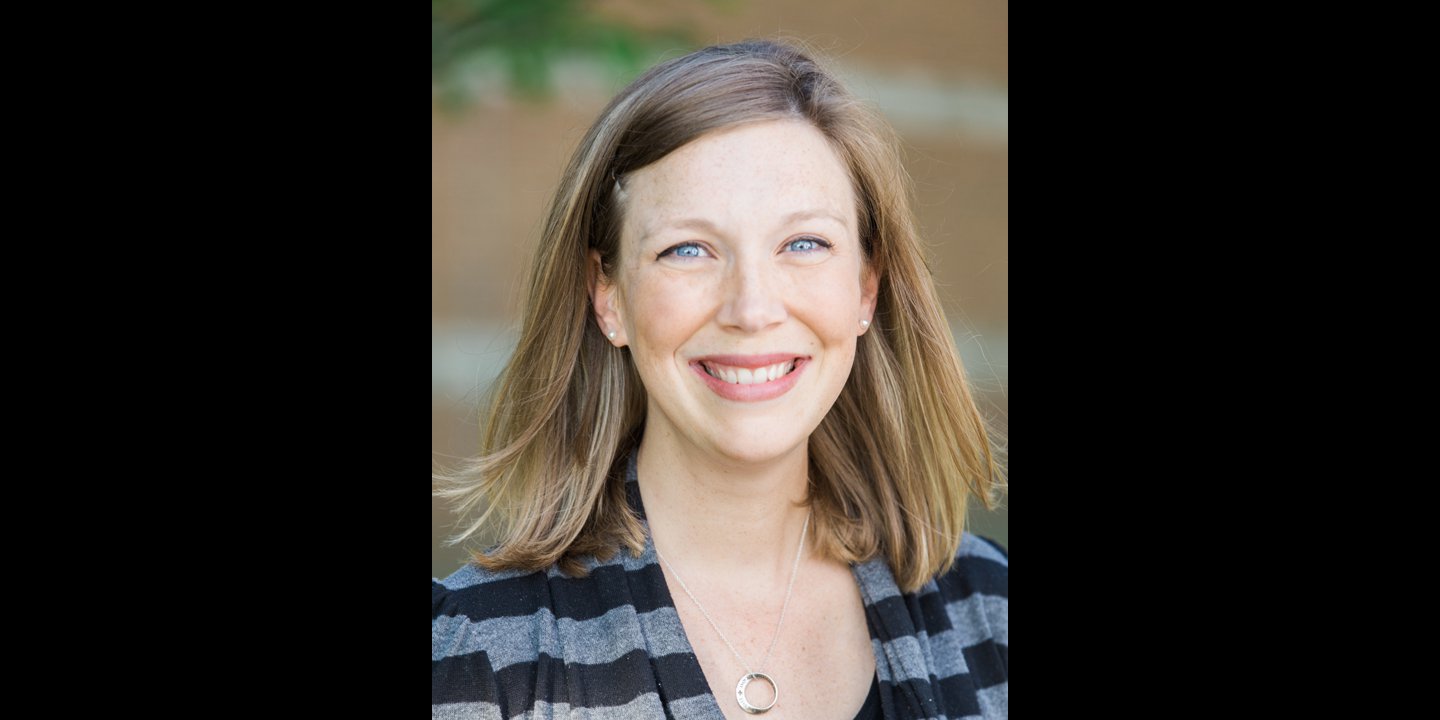