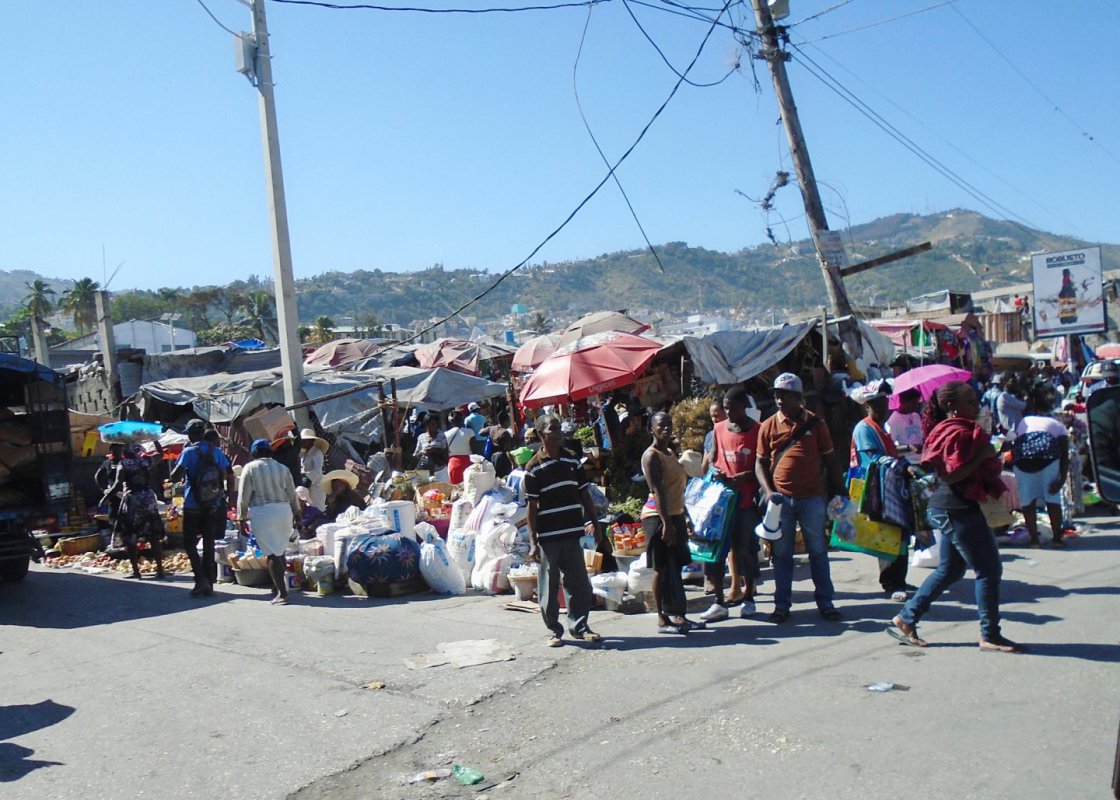 Southern Wesleyan University is working with a South Carolina organization to help create long-term solutions in Haiti, ravaged by an earthquake five years ago.

Five years after a powerful earthquake devastated an already destitute island nation, Southern Wesleyan University in Central, S.C., is working with an Upstate organization to help create long-term solutions to break a cycle of poverty.

Following the earthquake, Haiti experienced an unprecedented influx of foreign aid, much of which provided short-term relief. However, Haiti’s economy is little improved, as evidenced by widespread poverty and unemployment, and a majority of residents living on $2 or less per day. For every 100 students who start first grade, only seven reach high school.

Joshua Paul, a native Haitian who is also an Upstate physician and Southern Wesleyan graduate, and Todd Voss, president of Southern Wesleyan, signed a memorandum of understanding December 17 as a step towards creating lasting solutions in the form of entrepreneurial development aimed at improving local economies.

“The benefit of the partnership for Southern Wesleyan University is the provision of an international exposure for their students, whether it’s through international ministry or international business,” said Paul.

Paul organized Build and Bridge, a cooperative of professionals and friends from various backgrounds and nationalities who are determined to make a difference for Haiti through the creation of sustainable projects that use the natural resources of the region.

A vision team was formed and spent time in Haiti in early January to assess needs at Côtes-de-fer and surrounding communities. The team consisted of Joshua Paul, Richard Ameris and Daniel Brilant from Build and Bridge; Charlotte Houke and Bill Raynor, SWU business faculty; and Lydia Edmonds, who received her MBA from SWU’s adult evening program in 2013. They met with local governmental officials, including the mayor of Côtes-de-fer and Depute Guirard Lesly (Haiti’s equivalent to a U.S. congressman); education officials, including Mervil Guillaumette, director for professional education in Haiti (the second highest administrator of education in Haiti); and local Wesleyan pastors and officials, including Doucet D. Desronvil, national superintendent of The Wesleyan Church in Haiti and Robert Noel, pastor of the Wesleyan church in Jacmel. They also had a chance to spend the night at the home of Paul’s sister and brother-in-law, Magalie and Bobby Boyer, both SWU graduates who pastor a church in Port-au-Prince.

The team toured the market area of Côtes-de-fer, as well as their sport park and stadium, public housing and a technical school construction site. The mayor also shared with the team plans to construct a new marketplace.

Under Guillaumette, several technical schools are being constructed, including the one in Côtes-de-fer, Haitian President Michel Martelly’s hometown. Guillaumette expressed interest in collaboration with Southern Wesleyan, offering office space at the Côtes-de-fer technical school if needed, and housing for students traveling to Haiti. The building of these schools is unprecedented in Haiti’s history, according to Guillaumette, but there is no budget for supplies and equipment. He expressed hope that these items could be donated.

The team also attended local Wesleyan services and assessed the church’s classroom facilities once used for a school. The team also took part in a town hall meeting held at the Wesleyan Church in Côtes-de-fer, attended by approximately 100 people, including the mayor and business owners. The purpose of the meeting was to gain the trust of the citizens, hear their concerns, and share that SWU is working in collaboration with Build and Bridge and wants to help them with their businesses.

Raynor addressed the meeting saying, “We are eager to learn from you about the local area. We should be able to use the advantages we have and share with others what God has given us.”

“For me it’s sort of the real need of a country and how Southern might be able to come alongside and assist the citizens in Haiti to make a difference in their lives,” Voss said. “The church-business technology kind of model is really in our sweet spot.”

Voss feels that opportunities for the future will engage students in projects that will go beyond theory and make a “real” difference in the lives of the people of Haiti.

Paul stated that Haitians stand to benefit from programs that are developed, whether they are in business or technology.

“This model of pouring into a country is a reverse of what international business courses usually do, which is take away from a country – visit, eat the food, visit the businesses, then take the experience and knowledge home,” Edmonds commented, adding that their goal is to help in a permanent and lasting way to benefit local economies in Haiti.

“We plan to support them basically to advance the economic needle forward,” Paul said.

“Consistent with our Christian mission, this will open the doors to offer the opportunities for business students to go beyond theory and make a real difference in the lives of our Christian Brothers and Sisters in Haiti,” Houke said.