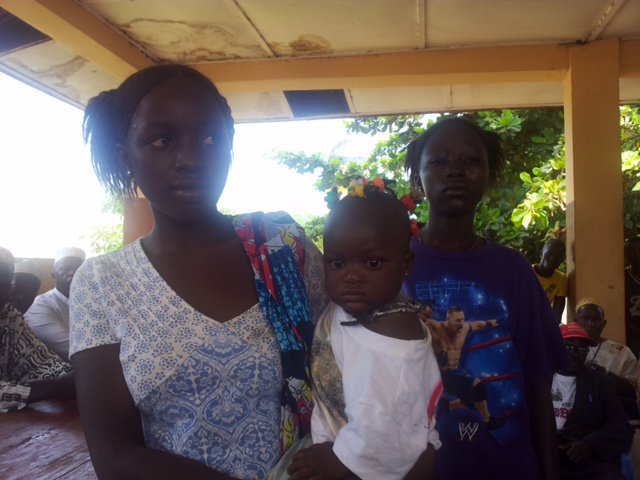 Dr. N’falie Ibrahim Sesay, chief medical officer of Kamakwie Wesleyan Hospital in Sierra Leone, reports on the fight against Ebola at the hospital. Reported on November 3.

Since we received an ambulance we have been responding to numerous alerts within and out of Sella Limba chiefdom.

Our primary (community) response, including sensitization and setting up of 10 checkpoints by the taskforce, has been helpful. But as recent events show, not fool-proof. Day after day, more people manage to bypass the checkpoints and sneak into the chiefdom. The overwhelming number of suspects isolated, however, are symptomatic cases from quarantined homes outside of Sella Limba chiefdom. We currently service Sella Limba (Kamakwie), Sanda Loko (Kamalo), Gbanti Kamaranka (Kamaranka), and Tambaka (Fintonia) chiefdoms.

KWH (Kamakwie Wesleyan Hospital) isolation/holding unit has admitted nine patients in all. The five suspects from quarantine in Kamalo all tested positive. Four of them have been transferred to Makeni and one died just before transfer. So seven out of the nine cases isolated so far have been confirmed Ebola cases, and we have yet to receive the result of the first suspect admitted who died in isolation six days ago. A close relative of this deceased suspect died three days ago and was accorded a safe burial pending swab result.

In all, KWH burial team has conducted seven safe burials including three confirmed cases. This is almost overwhelming when there are other hospital duties to perform. The motorbike we use (with World Hope International’s approval) to transport samples to Makeni has broken down. We are now left with no option but to send the ambulance with samples, which is a much costlier alternative (more than five times the motorbike transport costs).

Good news: After the index (first) case (from Kamakoni) died, 11 people were quarantined. One died in quarantine and six more developed symptoms. Of these six, three tested positive and were taken to Kailahun Treatment Centre. Two have since returned as survivors with their treatment certificates, including the teenage girl and her 10-month-old baby who tested negative throughout. The townsmen were full of tears as the girls recounted their ordeal and the rejection they faced within the community.

We thank you for your commitment and prayers.

For information on how you can donate financial gifts to help fight Ebola in West Africa, visit the Wesleyan Emergency Relief Fund page. One hundred percent of donated funds are used for fighting the virus.