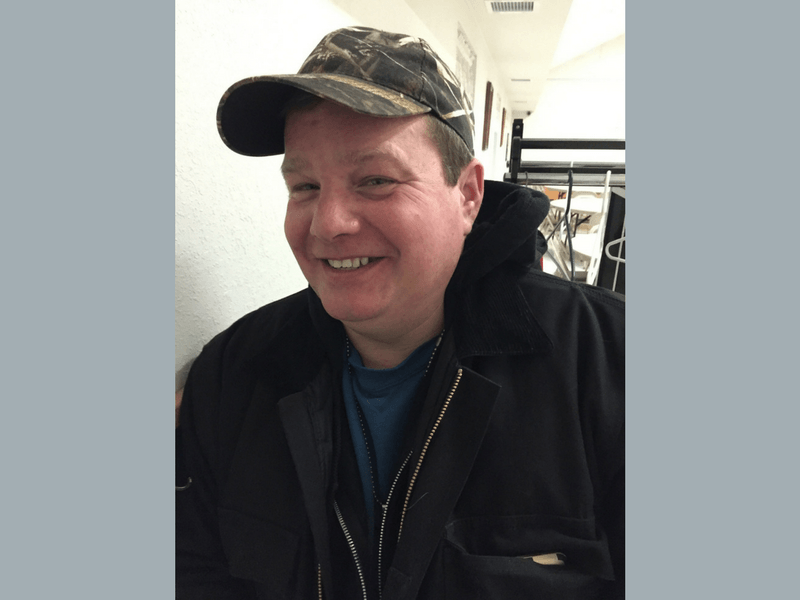 Mike had no interest in church. Then he asked God to speak to him if he was real. Now Mike can't stop talking about Jesus.

Mike Billat’s family attended Crane Community Chapel in Austin, Minnesota, for several years while he stayed home or did other things. He had no interest in God.

One Wednesday evening while his wife and children were at church, Mike asked God to speak to him and show him that he was real. God did just that! Mike said, he “somehow felt the Lord’s presence drawing him to know and follow him. At that very moment, he surrendered his life to Jesus Christ.”

The change in him was instant and powerful. He has not missed a single Sunday at church in the two and a half years since he placed his faith in Christ. He looks forward to every opportunity to learn more about God’s Word and his ways, including Sunday school and small group activities. He’s read the entire Bible once and the New Testament four more times. He is telling his family, friends and coworkers about Jesus. He is actively serving in whatever ways he can and is especially involved in helping with the youth group each week. He’s been to camp with them as a counselor and enjoys spending time with them. He was recently elected to serve on the local church board at Crane Chapel.

Some who knew Mike before are mystified at the change in him and wonder what got into him. They see his genuine desire to know and follow Christ, and it has deepened their respect for him. Some are asking to know more. His wife and children know it’s real as they’ve seen him become a better man and a spiritual leader at home.

Mike needed little prompting from people to change his values and priorities. The Lord has motivated him to stop certain habits, like drinking, smoking, using vulgar language and making money the driving force in his life. He desires to obey God in how he uses his time, money and energy.

God is still answering Mike’s request to show him who he is, and Mike’s adventure with Jesus continues as he is “made new.”