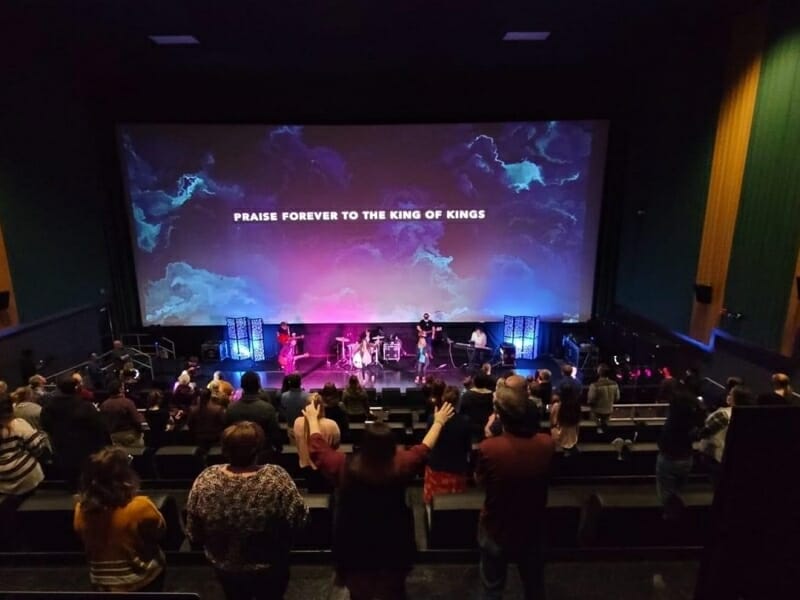 Rocket City Church (RCC) — a new Wesleyan church plant in Madison, Alabama — launched in 2021, with a vision for serving the Huntsville area. Powered by the surge of the space industry in Huntsville, the surrounding communities represent the fastest-growing community in the state. That rapid growth brings about a unique climate in the area, full of people looking to put down roots as they build a new life with their families.

“Most people who live here either work for the Department of Defense or they work for a defense contractor,” said RCC church planter Rev. Brian Bradford. “They are educated, transplants and looking for community. My wife and I fit that demographic perfectly … one of the main keys for us was that this was a city we’d love to raise a family in anyway … that reality gave us a true heart for the area and the people.” 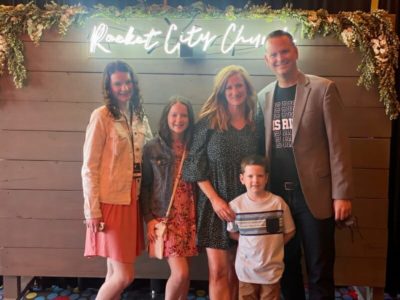 As Rev. Bradford and his family pursued their heart for the area, 12Stone came alongside their planting team to provide resourcing, encouragement and support. Their genuine belief in the team’s vision — and their hands-on strategy to cultivating growth in the emerging congregation — helped RCC’s launch team approach their first weeks with a clearer runway and a solid framework for being a faithful presence in their city.

Even before their first service, RCC was finding ways to serve their community. A few months before launch, a hurricane hit the gulf coast. Rev. Bradford and his team felt God prompt them to rally, take supplies and serve.

“I reached out to one of our Wesleyan churches that was impacted, Magnolia Springs, and placed a call. Pastor Dave Bane said the need was great, and we could sleep on their gym floor,” remembered Rev. Bradford. “I was able to take a neighbor with me named Josh. He served and attended the church service on Sunday at Magnolia Springs where I was the guest speaker. During that service, Josh raised his hand and accepted Christ. As only God could do, our first new decision for Jesus came before we even had our first service.”

A focus on early multiplication carries over into their approach to resourcing other church planters. Rather than focus only on their own growth, RCC was founded with a hope to begin with an eye toward partnering with other church plants. Dr. Ed Love, TWC director of Church Multiplication, introduced the RCC team to Paul Jones, who is planting Foundry Church in Oxford, Alabama.

“We have decided to partner with him (Jones) financially, personally and strategically, offering everything from gear to a listening ear to people to serve on his launch day,” said Rev. Bradford. “We believe in Paul because others believed in us.”

Having celebrated baptisms on Easter Sunday 2021 (Bradford’s daughter, Halle, was their first baptism), RCC keeps reaching out to the people God has called them to serve. Rev. Bradford and the team are excited about the work God is already doing as they partner with the Spirit in pursuing their mission: “To help people know and follow Jesus.”

Rev. Ethan Linder is the pastor of collegians and young adults at College Wesleyan Church in Marion, Indiana, and contributing editor at The Wesleyan Church’s division of Education and Clergy Development.