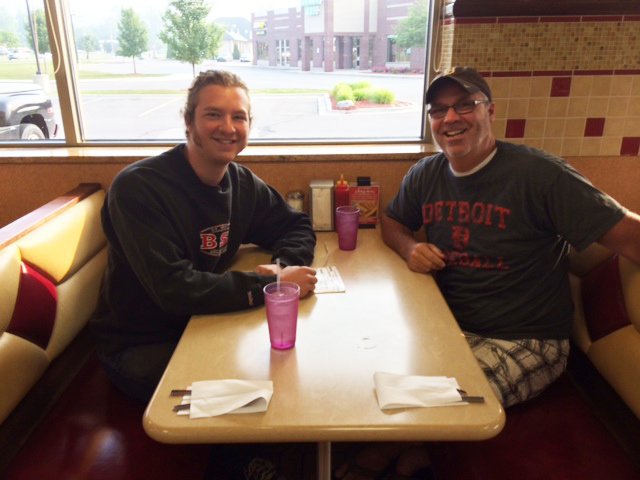 Months went by as I met with Isaac each week. I still had no clue why we were meeting. Then, Sunday, December 9, 2012, happened.

My friend, Dave, and I couldn’t have been more different. He drank sweet tea in a Mason jar, and I prefer mine in a McDonald’s cup with a straw. He liked gospel and country music. I like 80’s and disco. He wore cowboy boots and I don’t.

He used to say, “Dennis, I know you think you’re really different than me, but I think we’re both the just same.” Then I would start laughing and he would join in. He once said, “It is really cool how God put you and I together,” as I laughed at him and his cowboy boots.

For the last few years, Dave and I met nearly every Monday morning at the same restaurant in the same corner booth, each ordering the same meal: the number 2 special with two eggs, meat, potatoes, and toast. After eating, we would go to the gym and pretend to work out.

Each Monday morning, we both shared our Sunday scars and stories. It was not pastor to pastor, but friend to friend. We talked about everything from Jesus to Justin Bieber. He talked about his wife, Renee, like they were dating, and he bragged about his four kids.

Each week, we made sure to ask each other four questions: How is the family? How was your sermon? What did you preach on? How did you feel about it?

One day, I could tell something was on his mind. He looked at me like he wanted to talk, but said nothing. I pushed aside my pork platter and said, “What’s up?” Then he started to cry.

“Dennis, I have something very hard to do right now, and it involves you.” Wiping the tears from his eyes, he shocked me by saying, “I think I need to give you . . . I think I need to give you my son Isaac for his senior year. I feel he is a bit stuck and if anyone knows ‘stuckness,’ you do.” I said, “What do you mean? Are you passing your son off to me and our church?”

“Dennis, I love my boy but I feel he needs you and your story right now. Would you meet with him once a week? I will ask if he would be willing to go to your church on Sundays.”

I didn’t know what to say. No one has ever trusted me with his child to speak like this.

Dave was his son’s pastor, so I asked why he was doing this. “I feel where he is now and where you have been, that he needs to sit with you for a while,” he said. “Do you know how hard this is to trust my son with you?” I thought to myself, There is no way I could ask my daughters to leave our church and sit under someone else’s leadership.

He began to cry. “Be sure you are firm with him; don’t go too easy on him. That won’t help him.” I silently nodded, still in the fog over what just happened. Then he wrestled internally, not knowing if handing over Isaac was a good idea.

“Nope, this is what the Lord said,” Dave stated. I left the restaurant that day thinking, This is crazy; why he would do this? This makes no sense at all to me, God. But I agreed to do it.

Isaac and I have been meeting for a while now. Ten minutes before Isaac and I met for the first time, Dave called to say, “Dennis, don’t be too firm on the boy. He’s a really good kid.” We exchanged a laugh.

Months went by as I met with Isaac each week. I still had no clue why we were meeting.

Then, Sunday, December 9, 2012, happened. Isaac called me that morning just before 6:00 a.m., saying his world had suddenly fallen apart. His dad, Dave, had unexpectedly suffered a heart attack and died while on a mission trip to Nicaragua. I rushed to the house just to be there. It was a house crammed full of “stuck people.” Nobody knew what to do, so we all just hugged, cried, and prayed and prayed and prayed.

Isaac isn’t alone in his “stuckness.” We are all a little stuck in something. Some are stuck between our pain and praise, or between falling apart and falling in God’s arms, or between quoting the Bible and believing it, between hurt and hope, between God has a plan and this is it, between a funeral and our faith.

Some may foolishly say, “Because we love Jesus we never get stuck.” Loving Jesus does not mean we will avoid getting stuck. It just means we don’t have to be stuck alone.

God says he is close to the brokenhearted and saves the crushed in spirit (Psalm 34:18). God does not bully us out of our stuck situation. God does not get mad at our stuckness. He weeps over it—just like he did with Isaac at 5:50 a.m. that day in December. 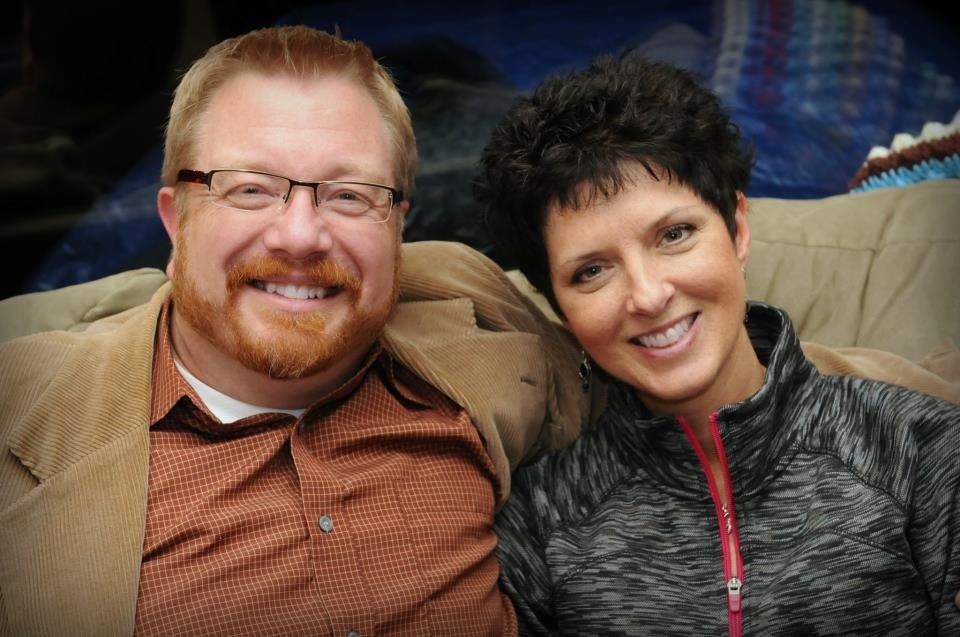