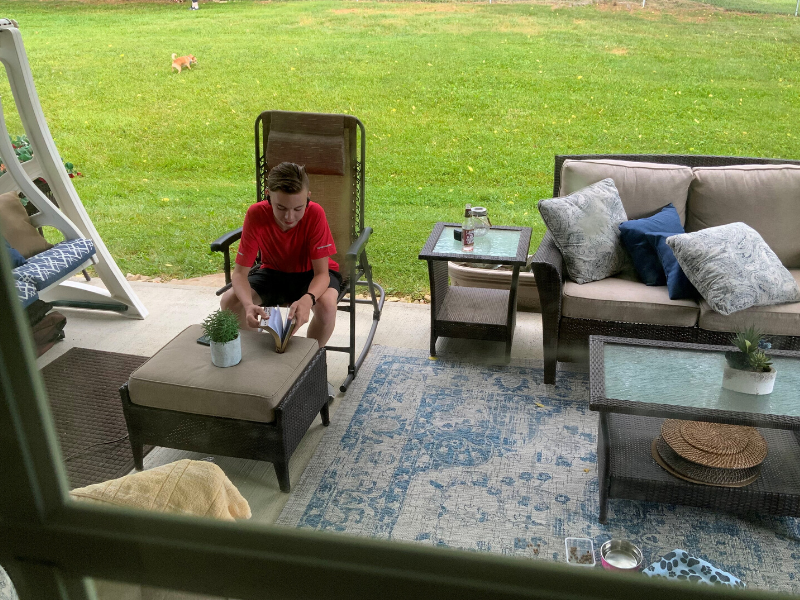 When COVID-19 affected Noah’s church in unexpected ways, he saw a ministry need and filled it.

Hydrant Church, located in Goldsboro, North Carolina, was forced to make budgetary cuts as a result of COVID-19. One of its most difficult decisions? Laying off its youth pastor.

Surge, the name of Hydrant’s youth group, has struggled in establishing stability, as the church is located in a military town. Often, many students are involved for just a season, and other teens, who stay at the church long term, have had to deal with the loss of friends and changing relationships because of moves.

“Additionally, as a small church, we have attempted but not been able to effectively maintain a vocational youth pastor,” said Tim Fox, lead pastor at Hydrant.

As COVID-19 continued to keep the actual doors of the church closed, ministry and online engagement of the youth struggled. So, church leadership decided to take the month of June off for youth ministry as they “determined the best next steps.”

But Fox’s son, Noah, 13, didn’t want to wait and took ministry into his own hands. According to his dad, Noah has jumped right into leadership with fellow teens.

“Prior to COVID-19, the youth group gathered for worship and small groups every other week on Sunday nights,” said Fox. “They enjoyed regular activities, camps and local mission weeks. During the pandemic, the group began gathering virtually for worship every Sunday night. They also started virtual life groups divided by age and gender, which Noah participated in.”

Noah’s life group of five teenage boys was meeting prior to the hit of COVID-19, and Noah “initiated the group’s continuation,” following church leadership’s position to take the month of June off for youth ministry as other decisions were being made.

“I wanted to keep doing it because I really enjoyed doing the study with my friends and learning about God in the afternoons and after some days that had been rough,” Noah said. “Because of the coronavirus, some days were stressful or very boring, and it just helps to connect at the end of the day.”

When COVID-19 worship restrictions hit, Noah messaged the boys, asking if they wanted to continue meeting. Upon receiving several “yeses,” Noah chose the book of James to study.

“Noah is leading the group through a weekly discussion of the book of James,” said Fox. “They are taking a paragraph at a time.”

“James has taught us a lot about perseverance in trials,” Noah said. “So, when you go through trials, be happy, because that gives you perseverance.”

While Fox helps Noah read through the passage and helps him prepare prior to Bible study, the soon-to-be eighth grader fully leads the study himself.

“He asks the questions [during the study],” said Fox. “There are no adults in the FaceTime call with them.”

And only recently, Noah was approached by another young man in his life group, Ayden, who said he would “be glad to help switch off on different days to lead the life group.”

“As a parent, you can’t be more proud of a teenage son who takes his spiritual life and the spiritual life of his friends seriously enough that he’s going to step into this role,” Fox said. “And as a pastor, it’s great to see that vision of who we are all the way down to our teens and the tools that they’ll be able to take with them for the rest of their lives.”

Fox shared that teens have been a part of the Hydrant Church ministry from the very beginning.

“The students have always been a part of the church ministry, not a separate thing,” Fox said. “We take this approach to discipleship as simple and holistic. We ask three questions all the time: what’s God asking you to do; do you have the courage to do it; and how can we help?”

The year Hydrant began (2013), there weren’t any leaders or many students to begin the youth ministry. Instead, Fox saw the value in integrating teens into “the life of the church.”

According to Fox, “they served and led when possible in every area of ministry. This has been the enduring trait of how teenagers engage at Hydrant Church. Teenagers serve in the A/V room, band, first contact team, kids ministry, nursery and food pantry.”

In fact, a teen leads the team of volunteers who serve in the nursery. Noah serves in the A/V room for Sunday morning services and has taught in preschool and kids’ worship. Noah has served in the nursery and first contact teams. He was a part of the volunteer team for the recent Rethink Small Conference.

“Noah Fox has always shown his individuality, but what a blessing to see how he is using that a leader among his fellow teens at a time when it is needed the most,” said Rev. Jonathan Lewis, district superintendent for the North Carolina East District. “God is continually looking for young people to stand in the breach and be the light of Christ, and there is no doubt that Noah is doing just that. I am confident that God will use his leadership and willingness to guide his fellow teens in discovering God’s will and glory during uncertain times.”