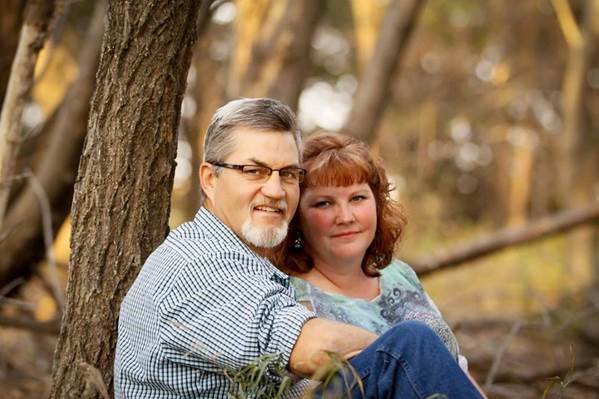 The edges of the field

Kenton and Autumn Hofer, South Dakota farmers, have found a way to support farmers in other countries. Other farmers, churches, and individuals have joined in this practical way to help farmers.

How Wesleyan farmers are helping to end hunger

Can we end hunger in this world? Should we even try? One only needs to look as far as the book of Leviticus to know that God has not only given us the command to feed the hungry but also the instructions on how to accomplish it.

“When you reap the harvest of your land, you shall not reap to the very edges of your field, or gather the gleanings of your harvest: you shall leave them for the poor and for the alien” (Leviticus 23:22).

Kenton and Autumn Hofer, farmers in South Dakota, have found a way to live out this command. Through their involvement in the Foods Resource Bank (FRB), a partner of World Hope, they, and other members of the Mitchell Wesleyan Church in Mitchell, S.D., donate the profit from about 30 acres of corn and soybeans to programs overseas that are teaching farmers in developing countries to grow their own food.

Since they began in 2009, they have raised over $200,000, most of which has gone to support programs through World Hope including an ongoing project with pineapple farmers in Sierra Leone.

Today there are about 800 million chronically hungry people in the world. While we often imagine urban poverty, the large majority of these hungry are people living in rural areas. They depend on small scale farming for their livelihoods.

FRB was founded by farmers, like the Hofers, who wanted to do something about hunger but knew that sharing the literal gleanings of their fields was unpractical. Instead, they developed a model where U.S. farmers, agribusiness, congregations, and individuals could work together to raise crops. The profits from those crops go to fund programs that helped smallholder farmers become food secure. These programs work at a local level to help farmers with better techniques, simple tools, and improved seed varieties.

For the Hofers, the FRB model made a lot of sense. Kenton and Autumn asked members of both their congregations and several neighboring ones to donate what they could to the project. For some this means cash, but for others this means land rent, seed, chemicals, and fertilizer. Everyone can give according to his or her ability.

The Hofers have seen both the physical and spiritual impact of their project.

“Every year we pick a field, stick with it, and let God bless it,” said Autumn. “Even before our FRB project we used to literally pray over every field and ask for God’s blessing. When we committed to FRB, praying over our fields took on a whole new meaning. Praying for our fields wasn’t just about us anymore.”

For Autumn this brings to mind the prayer of Jabez found in 1 Chronicles 4:10: “Jabez cried out to the God of Israel, “Oh that you would bless me and enlarge my territory!”

The Hofers feel that God has answered this prayer. Through FRB, their territory has been expanded to the pineapple fields in Sierra Leone and the hearts of the farmers there. Autumn explains it like this, “If there is one thing farmers understand, its multiplication,” said Autumn. “FRB hits on three fronts: multiplication, agriculture and the biblical concept of helping your brother and sister in Christ. The project is an inroad to the Gospel, whether it’s multiplying agriculture or multiplying the word of God.”

Through the partnership with FRB, World Hope is seeing the impact of this multiplication. This year, farmers in 12 villages are receiving pineapple seeds (called suckers) along with training in cultivation. Additionally, farmers are being linked to a local juicing facility, which purchases their crops at a fair price. Over the past growing season, World Hope has provided over 1.5 million suckers, which are planted across 35 acres. All materials are given as a loan. Farmers pay the program back at the end of the season and World Hope reinvests the funds in the next set of villages. This keeps program costs low as well as sustainable. World Hope is also expanding the program to papaya and mango cultivation.

The Hofers hope that more congregations will get involved in FRB. They want people to know that it’s a way for people to participate directly in mission by giving what they have. As Kenton says,

“The fact that the funds are involved in Ag development versus food aid, that’s huge,” said Kenton. “I really believe in teaching people to care for themselves. We wanted to monetize what we had to support development and I am very happy with the direction the projects have been going, where the funding is going and the progress being made overseas. I think we are doing a lot of things right, through FRB and through World Hope.”

Kenton sums up their involvement. “Knowing that God is behind this, gives us the fuel to do this year after year. Knowing that it is making a difference, not only for the project overseas but in our own personal spiritual lives. God has blessed me for a purpose. The purpose is helping in Ag development overseas.”

Learn more about Foods Resource Bank, including how you can get involved.