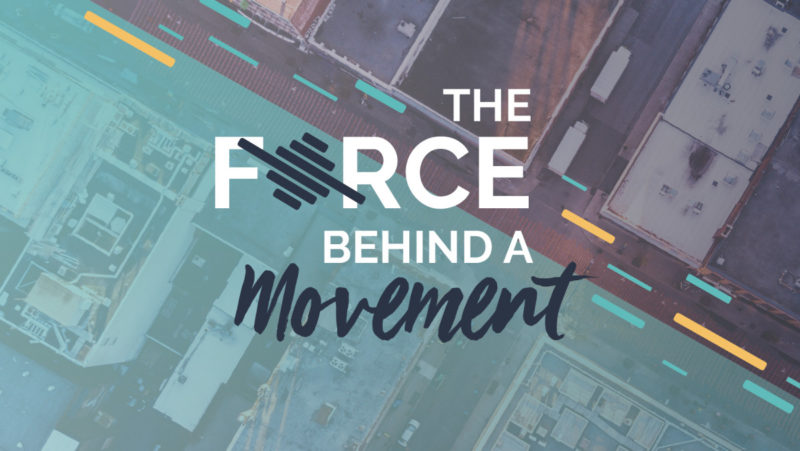 The Force Behind a Movement

Only God can start a movement. But we have a role. We get to prepare for the movement of God. How does it work? God’s Word shows us, starting in Acts 1 and following. The way things are told to us in Acts has caused me to rethink assumptions about th 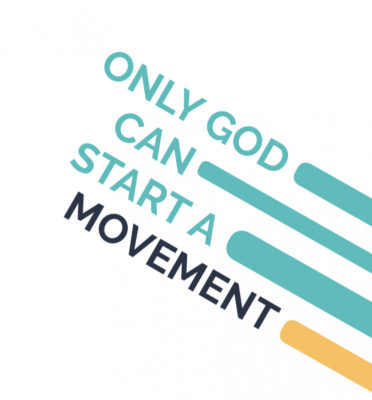 Acts 1:8 promises we have access to all the power needed to fulfill God’s purposes: “But you will receive power when the Holy Spirit comes on you; and you will be my witnesses in Jerusalem, and in all Judea and Samaria, and to the ends of the earth.”

Pentecost, in Acts 2, displays God’s power supernaturally impacting people gathered from all nations. Three thousand people were “cut to the heart” by Peter’s message. We ask, “How do you disciple 3,000 people when there were only 120 people in the Upper Room?” The math doesn’t work out on that one. There never seems to be enough in the core to disciple the entire harvest. So, like the early church, we must equip and multiply even new disciples to make disciples.

In doing so, the followers of Christ grew faster after his departure than when he was physically present, which matches his promise: “I tell you the truth, anyone who has faith in me will do what I have been doing. He will do even greater things than these …” (John 14:12). 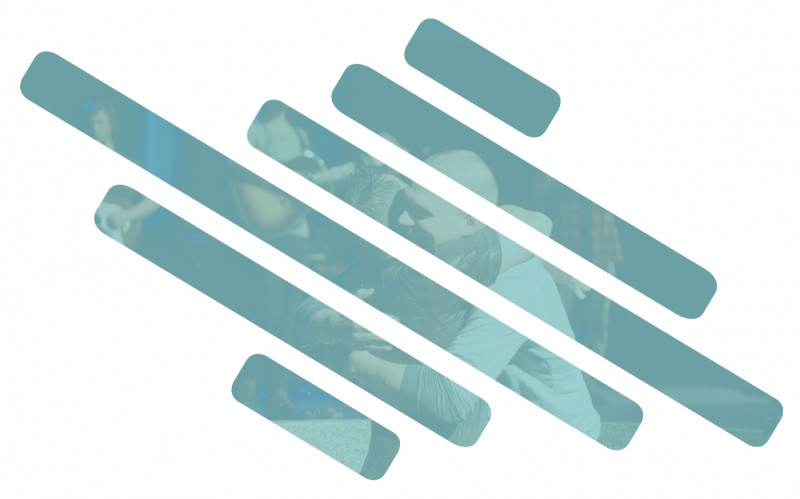 The mirror image of Acts 1:8 found in Acts 8:1 is fascinating and convicting. “… On that day a great persecution broke out against the church in Jerusalem, and all except the apostles were scattered through Judea and Samaria.” Apparently, having the POWER of God isn’t enough to get us to obey him. God is willing to use pressure, persecution and pain (8:1) when his power (1:8) is not enough to move us to action.

Suffering sparked the sending of the early believers. Notice that “all except the apostles” were scattered. The first apostles remained in Jerusalem. Was this because they felt safe in the familiar routines of their customs and culture, instead of going into Judea, Samaria and the ends of the earth as Christ commanded? Is this true for us? We have the power of the Holy Spirit accessible to us. Is it enough to spark us to action?

Another way the apostles had to prepare for movement showed up in Peter’s trance in Caesarea after the angel appeared to Cornelius in Acts 10. Peter was chiefly concerned with cleanliness and comfort. However, God shows up in his time of prayer, and Peter connects with those who will cross his path (they literally show up at his door).

This was part of a chain of experiences God used to break through Peter’s ethnocentrism and Judaizer tendencies to realize “… God does not show favoritism …” (Acts 10:14-15).

The Wesleyan Church can become a Spirit-led, prayer-fed movement. For that to happen, we must pray with an offense, not merely defense, mindset. We must pray proactively, not passively. The apostles prayed constantly, as we know from Acts 1:14: “They all joined together constantly in prayer …” Yet even in constant prayer it took what happened in Acts 8 and 10 for God to get them to live sent. You can pray and still miss the point.

Instead, we can move beyond maintenance prayers to missional passion, seeking to take new territory and cross new boundaries on the map and in our relationships with those unlike us.

Would you dedicate the next 90 days to a Kingdom Force prayer? Daily PRAY. 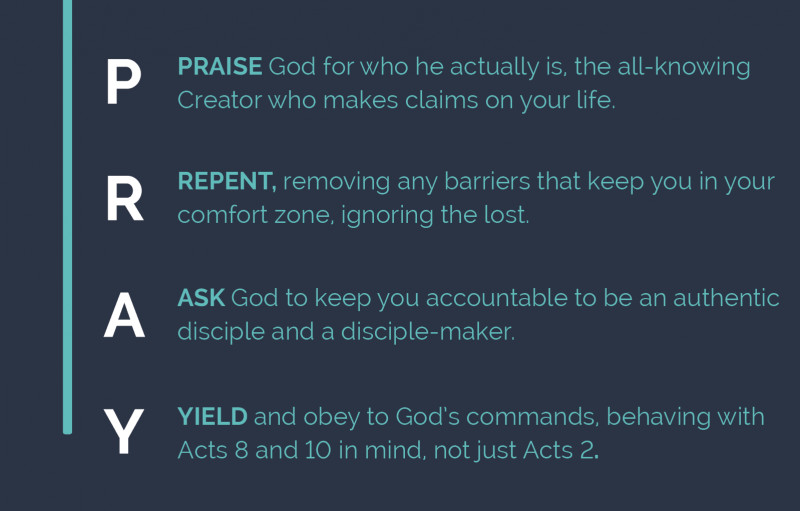 We must pray with an offense, not merely defense, mindset. We must pray proactively, not passively.

God promises us the power to reach the five billion worldwide who are unable to make an informed decision about Jesus Christ. The pressure to reach them increases daily as the Gospel Gap widens, and some of that pressure may be in our own pain and persecution if we don’t move with his power.

A radically obedient missional prayer is the essential next step for God to move us out of our comfort zone to close the gap.

God’s power is within you. Use it.