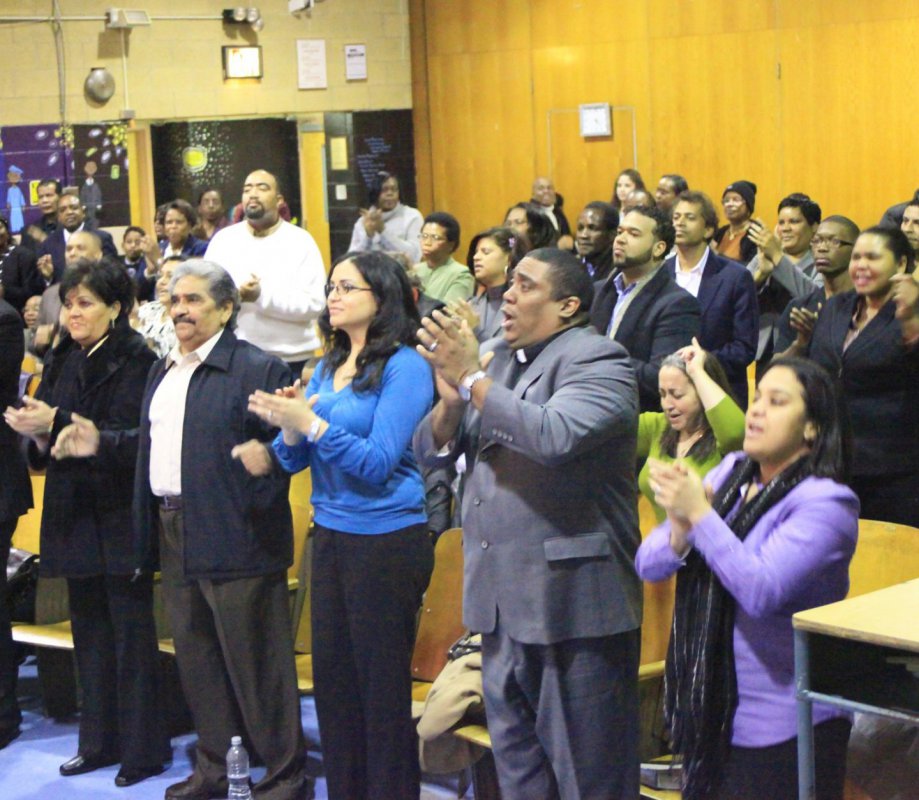 The Wesleyan Church in the United States and Canada set a new record in worship attendance during 2011-2012.

The Wesleyan Church in the United States and Canada set a new record in worship attendance during 2011-2012. Topping 220,000 for the first time ever, the total average attendance in all Wesleyan churches in the North American General Conference was 221,335. This represents an increase of 12,362, the largest single year gain in history. This marks a gain of 6 percent, the largest single year percentage increase in more than 35 years.

Total membership rose slightly to 142,643, while Sunday school, which had been on a gradual decline for the past 30 years, posted a gain of 1.4 percent to 79,158. This is the largest one-year gain in Sunday school in more than 30 years.

The North American General Conference continues to see an increase in numbers of people who attend large churches. The latest report shows that 40 percent attend a church of 500 or more. In other words, four out of ten of these Wesleyans attend one of the 58 largest churches. Attendance in congregations of 500 or more – as a group – grew by 17.6 percent.

When asked why the largest churches have had such positive growth, Ron McClung, assistant General Secretary and church statistician, said, “It is difficult to identify all the reasons why such growth occurs, except to acknowledge it as a result of God’s favor and blessing. Certainly, in recent years, the Church has permitted greater flexibility in local church governance, along with the freedom to be creative in worship styles, multiple site venues, and outreach methods. These factors, along with strong pastoral leadership and the committed involvement of lay people, have contributed to the growth.”

Ministry to Natives has grown exponentially. The second-largest Wesleyan church in North America is He Sapa New Life Church, a Native congregation based in Rapid City, South Dakota.  Its average worship attendance multiplied many times over to 6,524, with the growth enabled by the creation of numerous extension sites using preaching DVDs.

Use of multiple sites has become a more common practice, not just as a method of handling growth, but as a strategy for being more missional.