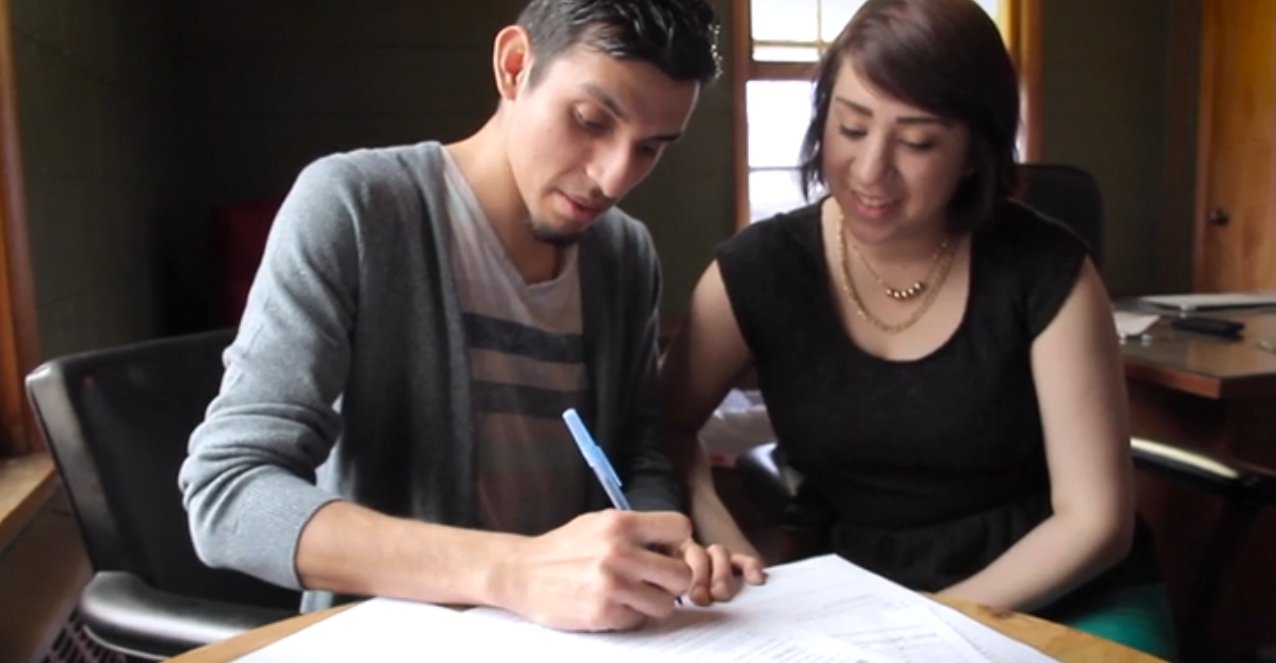 Moments ago, on November 20, 2014, the President of the United States announced that he would be making executive orders to give the opportunity for millions of people in the states who currently do not have documentation to apply for temporary legal status. This anticipated action and announcement has been discussed in the press and in our communities for some time, at times with great and heated debate. The discussion is needed as this is a complex and persistent problem in American public life.

The United States has been trying to figure out its unique and demanding role in migration in the world today, and so far no persistent solutions have been found. The U.S. Senate passed a comprehensive reform bill in 2013, but the U.S. Congress failed to reach an agreement to advance legislation on its own, preferring a bit-by-bit approach that did not advance any substantive changes to immigration law or enforcement. Since the summer of 2014, the President of the United States has pledged to act administratively to change U.S. immigration policy before the end of 2014. Such executive action makes several million individuals potentially eligible to apply for benefits (such as employment authorization) from U.S. Citizenship and Immigration Services.

In the words of this Presidential administration, “these executive actions crack down on illegal immigration at the border, prioritize deporting felons not families, and require certain undocumented immigrants to pass a criminal background check and pay their fair share of taxes as they register to temporarily stay in the U.S. without fear of deportation.”

In light of these current events, many are wondering what might be the proper Evangelical Christian response to the Presidential executive orders on immigration. The details and ramifications of such executive orders will be worked out over some time and should be discussed at length. Governmental decisions with these kinds of sweeping implications require dialog and debate. However, in the meantime, there are three best responses for evangelical Christians to the Presidential Executive orders on immigration:

On this matter we must be defined by our faith, not political party. Immigration is an issue, but immigrants are people. In April of 2014, Dr Lyon met with the President in the Oval Office to discuss immigration. In that meeting she called for compassion on so many immigrants, including many Wesleyans, who are needlessly suffering under the current laws. She wrote, when reflecting on the meeting, “We have an urgency to see these laws changed, but regardless of what our government does with our laws the gospel must be preached. We need an urgency to see the laws reformed, and I challenge you to communicate to your representatives like I was able to do with the President. At the same time we need an urgency to see people come to Christ in the middle of this broken world.” In all the debates about immigration, a unique non-partisan call for compassion has risen up from evangelicals, and we cannot quit on that now.

Just today, Russell Moore, in an editorial for Time Magazine, wrote: “Over the past several years, a remarkable consensus has emerged on immigration reform, uniting the left, right and center. I am often in meetings in which those of us at the table can agree on almost literally nothing else. The business community, agriculture, law enforcement, religious constituencies and immigrant advocacy groups have come to this question with unique but overlapping points of concern. There are few Americans who think the system works as it is, and there is little support for deporting 11 million people from this country. This consensus is one to cultivate, not to tear apart.” (Moore is is President of The Ethics & Religious Liberty Commission of the Southern Baptist Convention)

Regardless of our political opinions, let’s be sure to respond to the executive orders with compassion for those in need, and not make a difficult situation worse. Evangelicals are offering a unified non-political Christian call for compassion.

The U.S. Immigration System has been broken for some time and needs long-term solutions. Thousands of Evangelical Christian leaders have been calling for reform for some time, and the Evangelical Immigration Table has featured many of those leaders, including the General Superintendent of The Wesleyan Church, Dr Jo Anne Lyon, calling for us to welcome the stranger, as scripture admonishes us to.

In 2008, The Wesleyan Church voted with an overwhelming majority to support “The Wesleyan View of Immigration.” This document has given most American Wesleyans the motivation to call for change in their congregations and in the country. Many Wesleyans see this matter as the most important social justice concern of the decade, and have been advocating for reform.

Regardless of one’s view of the President’s executive orders, we can call to reform a system that is broken in a variety of ways, and that reform one that only congress can take on. Evangelicals are calling for substantive comprehensive immigration reform.

3) Become a Part of the Solution Side of the Problem

While the demand for affordable, authorized legal services in the United States is already significant, with these executive order that demand will increase dramatically in the coming year, because of this action. More than a dozen denominations and organizations including The Wesleyan Church have formed The Immigration Alliance to launch affordable, authorized legal services in churches to meet the current need. Leadership Journal and Christianity Today recently featured one of our Wesleyan churches and their work within the Alliance. The executive orders given by the President dramatically increase the scale of the need in a short amount of time, but it does not change the Wesleyan strategy either way. Our work is not dictated by nor motivated by governmental policy changes. What is needed is for every church with a passion to serve their community to consider what their role might be in either referring immigrants to helpful sites, or even launching one in their own church. The reality is that executive action for immigration has been enacted by every President for the past 60 years. Immigration as an issue is complex and ever-changing, and our government’s approach to it changes over time, which affects the scale of our response to the stranger in our midst. What does not change is our strategy to offer compassion and gospel-driven witness to immigrants among us. Immigrant Connection is the Wesleyan ministry that was designed for this purpose.

Immigrant Connection is a grass-roots movement of Wesleyans envisioning the Spirit of God bringing immigrants and churches together through awareness and action to cultivate relationships, share resources, and provide legal services in partnership with The Immigration Alliance. Church-based low-cost immigrant legal services work to help people follow the laws of the land as they stand in the legal processes and codes of the day. Executive action on immigration by the President increases the need to provide trustworthy, authorized legal services to foreign-born, non-citizens living in the United States. It is estimated that, based on the Executive action, more than 4 million non-citizen immigrants will be eligible to apply for benefits (such as Employment Authorization) from U.S. Citizenship and Immigration Services, although they would not be allowed to receive Social Security benefits or health care benefits from the Affordable Care Act.

At times people say, with a good measure of disdain in their voice, “Why don’t those people stand in line like everybody else” This is a harsh and unkind thing to say. When we hear this, we can say, “Well, that line is often 20 years long, or in other cases the line doesn’t exist. Wesleyans are part of a broader movement of people that are trying to create a line for people to stand in. That line stretches right into the church through Immigrant Connection. Wouldn’t that be a blessing?”

As followers of Jesus, we’re commanded to welcome the stranger, to love our neighbors, and to respect the rule of law. Working together through The Immigration Alliance, churches can play a critical role in offering immigrants a welcoming community and helping to solve the shortage of trustworthy immigrant legal services. You may be unsatisfied with the current state of immigration in the United States for a variety of reasons, and you may have all kinds of political opinions about the matter. Ask yourself, however: “what am I and my church doing to help solve this problem?” Join the many churches who are working with compassion to treat immigrants as people and help them take legal steps forward. Evangelicals are becoming a part of the solution side of the problems in immigration.

A Voice for the Stranger

“Just before Christmas I was humbled and honored to sit in the fasting tent across from the US Capitol with some truly heroic believers who had been there for some time, some fasting for up to 21 days. The group was praying and fasting for families who had been divided for years due to our broken immigration system. I wept as I sat with mothers, who had been separated from their children for years, fasting and praying for the system to be reformed. In that tent, the presence of Christ was palpable. People with a great amount of worldly power, from the US Congress, entered the tent the day I visited. I watched as these powerful individuals began weeping as they could not resist the presence of the Lord. In this visit I realized again where true power resides. I reflected on Christmas, of Jesus Christ there in the manger – seemingly without any power; but striking fear into the heart of the powerful Herod. In the same way, the Holy Spirit gave the power to these fasters in the face of all kinds of worldly power. Lord, help us to realize you have called us to be a voice for the stranger!”

To learn more about how your church can become involved in serving Immigrants in your community contact Immigrant Connection at Immigration@Wesleyan.org