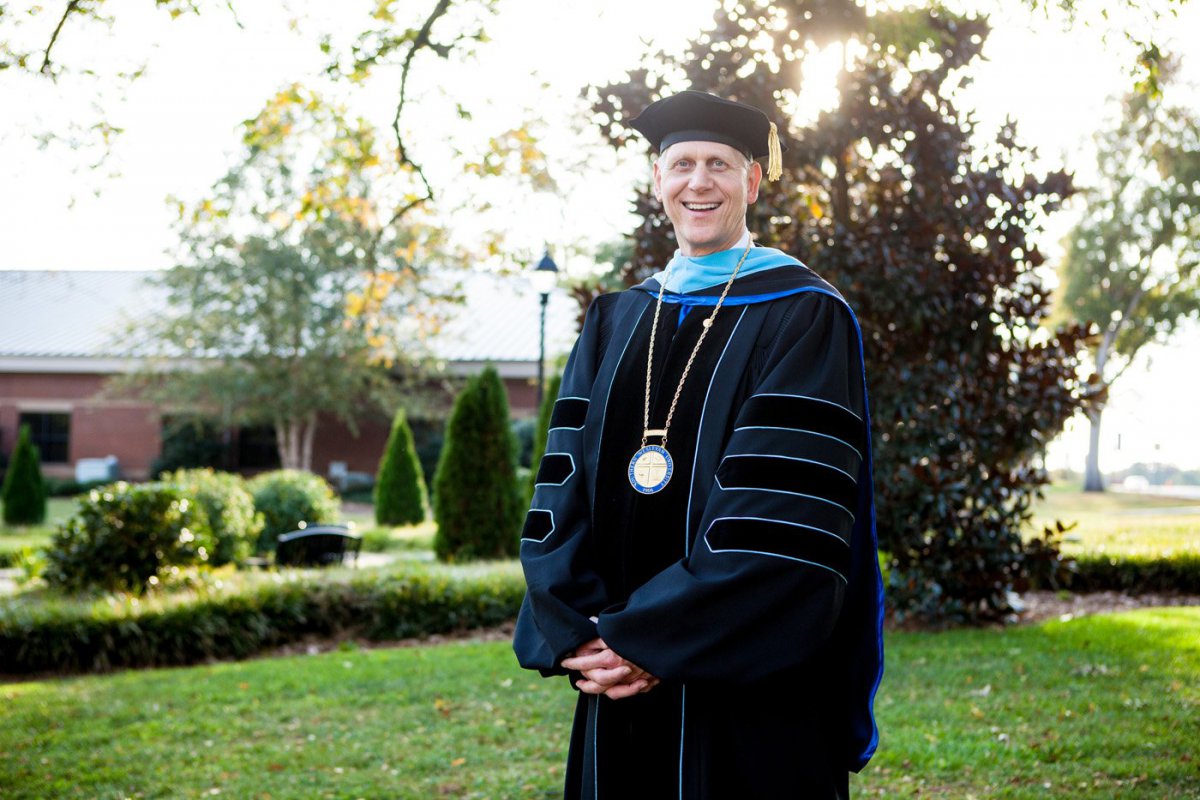 The Inauguration ceremony, which took place at Newton Hobson Chapel on the university’s campus in Central, featured official greetings from representatives of the university’s student body, staff and faculty as well as alumni and community leaders. Also in attendance were college and university presidents and other higher education representatives, as well as members of the Voss family.

The event was also celebrated with musical selections from the university’s concert choir and wind ensemble.

“Southern Wesleyan now has a culture of ‘yes,’ a culture of ‘can do’ and a culture of empowerment which has penetrated and permeated all areas of the campus, including academics,” said Dr. Walt Sinnamon, dean of the College of Arts and Sciences at SWU, in his remarks during the ceremony.

“We’ve already witnessed thrilling evidence of change and innovation taking place here and we are eagerly anticipating the future,” said Christian Flinchum, president of Southern Wesleyan’s Student Government Association, adding that it’s an exciting time to be a student.

“The beneficiary of the tenure of Dr. Voss at this university will be the community as a whole,” said Central Mayor Mac Martin, commending Voss for his integral role in cooperative efforts between the town and the university to improve the overall quality of life.

The inauguration speaker was Dr. Paul A. Rader, former worldwide leader of the Salvation Army and former president of Asbury College in Wilmore, Ky. Rader said that being a college president and part of a Christ-centered community of learners is “an incredibly exhilarating and privileged role.”

“This occasion challenges not only our president but all of us to a higher standard of faithfulness to walk worthy of the vocation with which we have been called, enriched by the past, drawn in hope toward the future and rejoicing in the privilege of this present hour. What a time to be alive,” Rader said.

Dr. Jo Anne Lyon, general superintendent of The Wesleyan Church, presented the installation litany, then Rev. Russ Gunsalus, executive director of education and clergy development for The Wesleyan Church, along with Dr. Charles Joiner, chairman of the university’s board of trustees, presented Voss with the hood and medallion representing Southern Wesleyan University’s colors and seal.

“The time is now to expand the impact of Christ-centered higher education and to reignite the flame of truth in living, learning and leading,” Voss said. “I am deeply honored to be part of this campus that not only prepares students and believes in that purpose but is living it out every day.”

Voss was named president of Southern Wesleyan in 2011 following the retirement of Dr. David Spittal, who served the university for 17 years. Spittal, who was being inaugurated as the fifth president of MidAmerica Nazarene University that same day, conveyed his greetings in a video during the ceremony.

Prior to becoming president, Voss served as executive vice president at Indiana Wesleyan University. He served at IWU for more than 20 years, first joining the staff as vice president for student development. He had previously served on the staff of West Virginia University, Western Michigan University and Michigan State.

Southern Wesleyan University is a Christ-centered, student-focused learning community devoted to transforming lives by challenging students to be dedicated scholars and servant-leaders who impact the world for Christ. 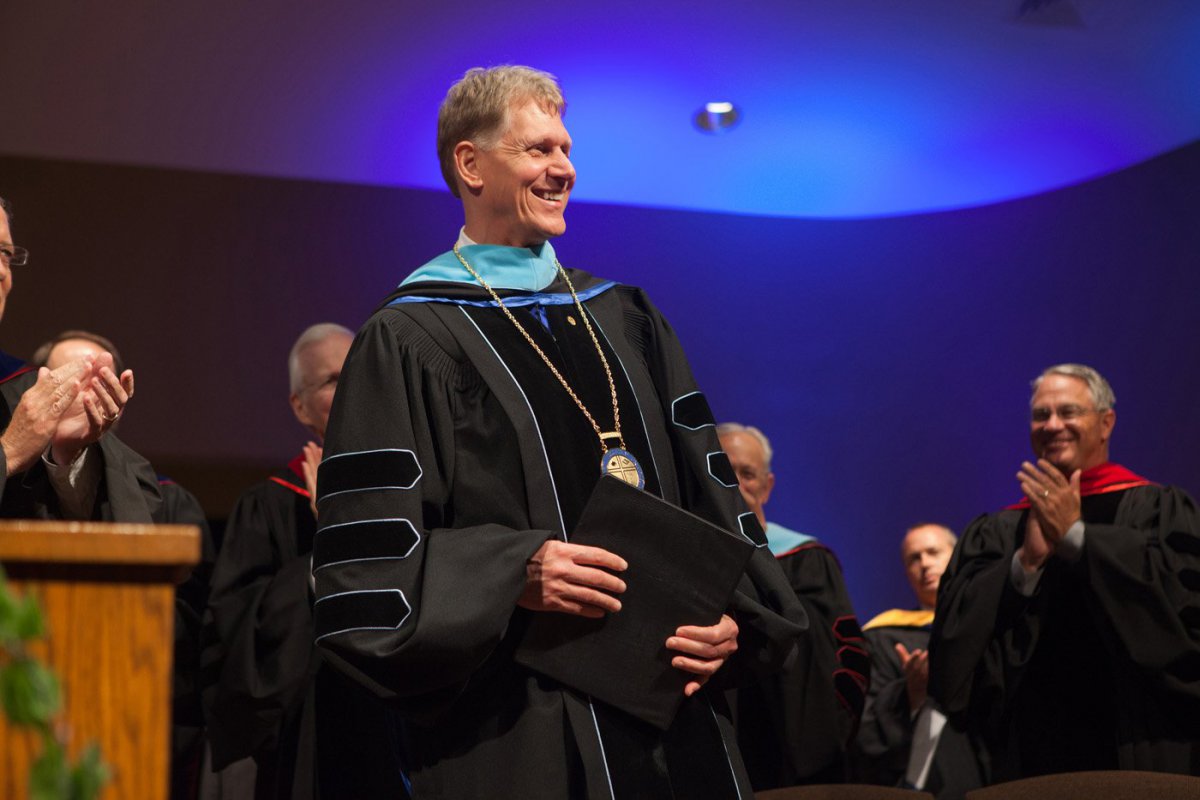