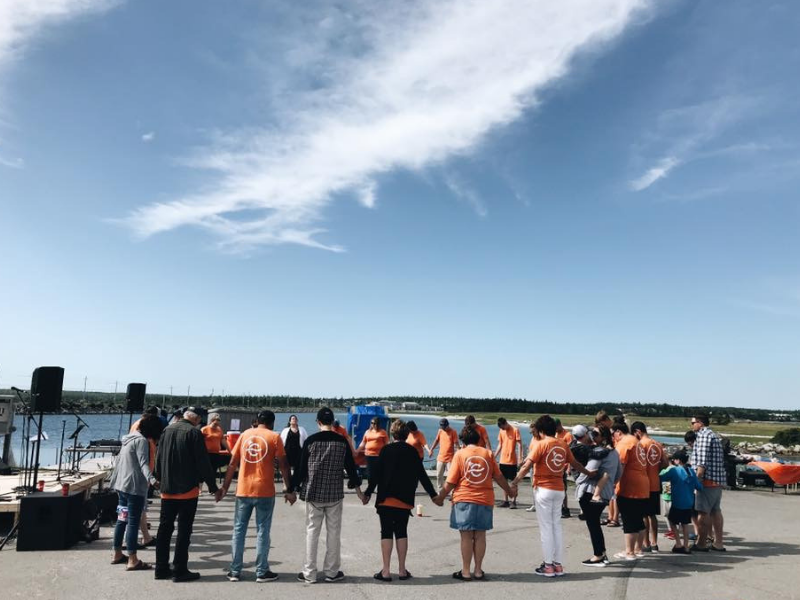 Two churches plant another — together

Could two churches lower their respective flags, come together and do something that neither could do on its own?

“Many churches believe that they are ‘stronger together,’ but it’s another thing entirely to put that belief into action. Last year, we began to ask ourselves a couple of questions: Could two churches lower their respective flags, come together and do something that neither could do on its own? Could two churches and two pastors care less about who gets the credit and more about the possibilities for God’s kingdom?”

They decided to plant a church together – Coastal Church in Barrington, Novia Scotia.

The duo decided that YWC would lead the sending church and provide the leadership structure and the resources. Parker would lead the campus, the core team and the training. Plaizier would lead from behind the scenes, with Parker leading from the front. The two decided to leverage each other’s strengths and weaknesses in order for the church to have a transforming presence in their Canadian province.

The pastors admit there were times when it was awkward to have two “first chair leaders” doing a dance together.

“We made some mistakes and mishandled a few situations,” said Plaizier. “But God’s grace was so much greater.”

But those awkward moments and difficult situations have been worth it.

“Over the past year, we have seen the kingdom of God come alive in the community of Barrington, Nova Scotia,” said Plaizier. “We’ve had six preview services (averaging around 250 in attendance) and we’ve seen 17 people accept Christ as Savior. On August 25, we celebrated our first two baptisms.”

Parker and Plaizier are thrilled at how people have stepped up to help lead this initiative. The vision started with an “incredibly committed core” from Barrington but has grown to see people from other cities like Woods Harbour, Pubnico, Argyle and Yarmouth help move the vision forward.

“Without this incredible support from our orange-shirt-wearing leadership teams, this whole dream would have never gotten off the ground,” said Plaizier.

The official launch date for Coastal Church is September 29, 2019. Both pastors anticipate God doing great things through the church plant and are excited to see him move.

“God is orchestrating something way bigger than any of us thought, imagined, dreamed or could even produce on our own, but that’s the kind of God we serve; a God that does exceedingly, abundantly beyond what we could ask or imagine according to his power that is at work in us (see Ephesians 3:20),” said Parker. “We believe that this is just the tip of the iceberg as we partner with what God is already up to in our unique context in Sou’West Nova.”

“We know there will probably be more leadership miscues and other obstacles along the way, but we are so glad we risked it,” said Plaizier. “There are changed lives and new kingdom stories being written — all because we decided to go together.”

“The APEST [Apostle, Prophet, Evangelist, Shepherd, Teacher (Ephesians 4:11)] conversations General Superintendent Wayne Schmidt has initiated have been key in the empowerment of front-line leaders like AJ and Jason,” said Rev. Peter Moore, Atlantic District superintendent. “Kingdom multiplication is a core value in risking fires for kingdom advancement and these two leaders have embodied this expression in a way that is inspiring others to explore new ways we can be stronger together. This initiative is already bearing lasting fruit, and I can’t wait to celebrate the official birth of Coastal with them later this month!”