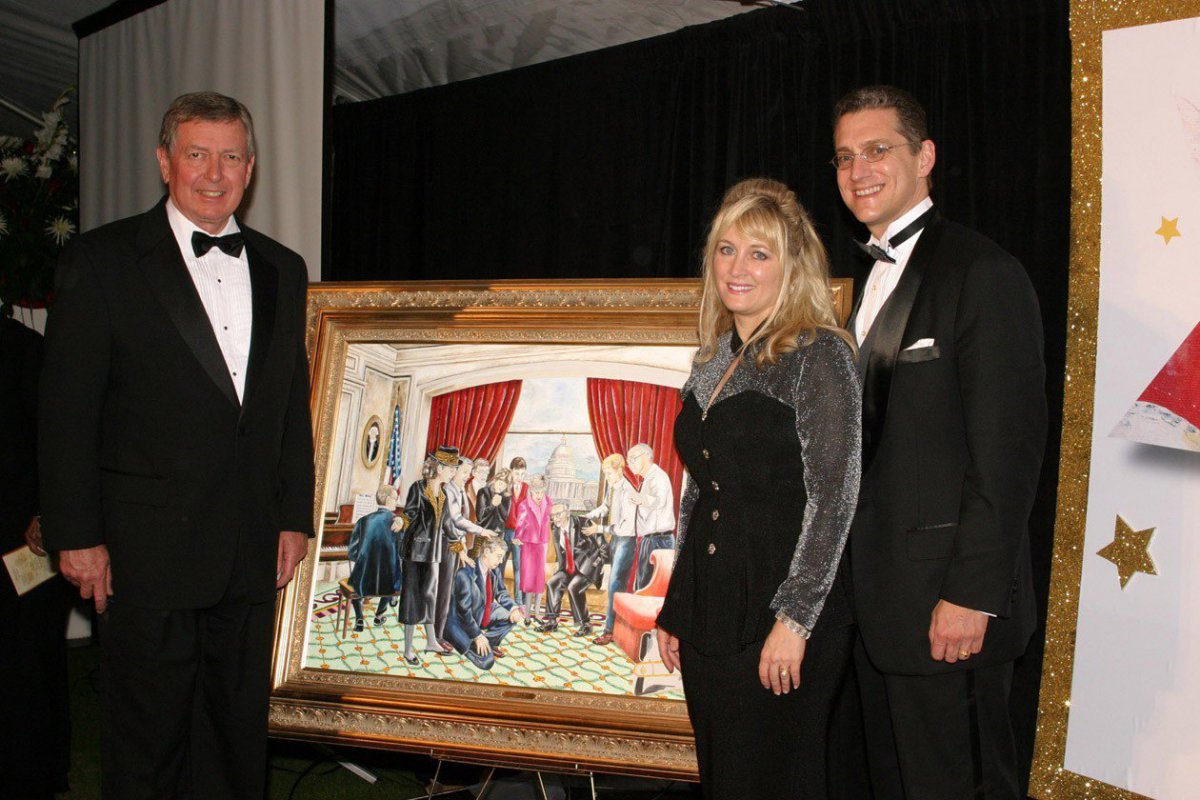 Mr. Ashcroft spoke to a full house at the student chapel service at the Lyon Chapel and Fine Arts Center on OKWU’s Bartlesville campus. It was also open to the public. He also participated in the gifting of a new painting to the University. The painting, entitled, “Struggling to Kneel,” was inspired by the story of a lesson in humility and prayer Mr. Ashcroft’s father shared during Mr. Ashcroft’s swearing in as a senator. The story is recounted in Ashcroft’s book, Lessons from a Father to His Son.

“Struggling to Kneel” is a work by Marnie Freeman, “The Artist of Liberty,” who is well known for her conservative and spiritual works of art. Freeman is married to New York Times bestselling author, Kevin Freeman, who serves as a member of OKWU’s Board of Trustees.