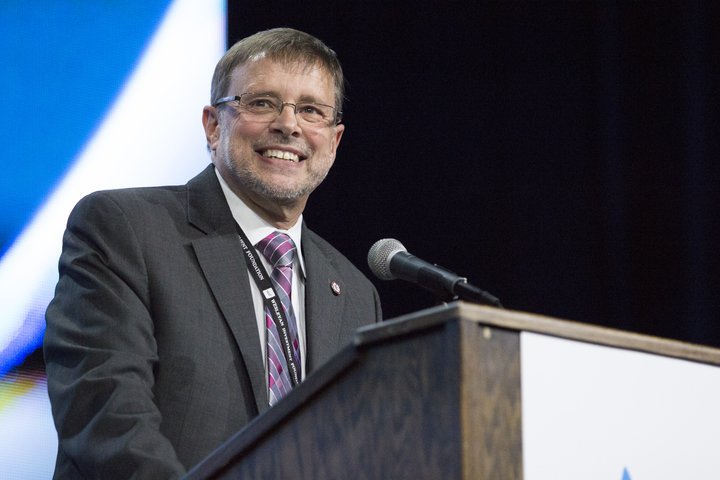 Newly-elected General Superintendent Dr. Wayne Schmidt was welcomed to the platform with a standing ovation following the announcement of his election as leader of the North American General Conference. The other primary candidate, Rev. Isaac Smith, district superintendent of Northwest District, spoke first, delivering very appropriate and kind remarks and expressed his unqualified support for Dr. Schmidt.

Dr. Schmidt then stepped to the microphone. He delivered his acceptance speech with humility, yet with a visionary spirit. He noted that leadership requires a community and that one cannot be successful without depending on the body of Christ for strength and support. He has experienced that through many relationships, especially an accountability partner of 31 years, mentors, a prayer partner, and his wife, Jan.

Dr. Schmidt commented on the legacy Dr. Lyon has left as his predecessor. “Only God is omnipotent, but Dr. Lyon has been with Him in most of those places,” said Dr. Schmidt, which brought appreciative laughter from the assembly. “Some of you might be wondering what I am doing. I am following a living legend in Dr. Lyon. But she is not fading away. In fact, we desire that she continue to be available because of the connections she has made along the way in her ministry and legacy. Consequently, I am pleased to announce that she has been named our first official Ambassador of The Wesleyan Church.

He also named a new chief development officer for The Wesleyan Church. Rev. Scott Rhyno, currently of Kingswood University, will serve in this role, providing leadership in the Generous Living Office.

In closing, Dr. Schmidt noted his life verse as he views it now in relation to God’s calling for him as General Superintendent. “I have brought you glory on earth by finishing the work you gave me to do” (John 17:4, NIV). 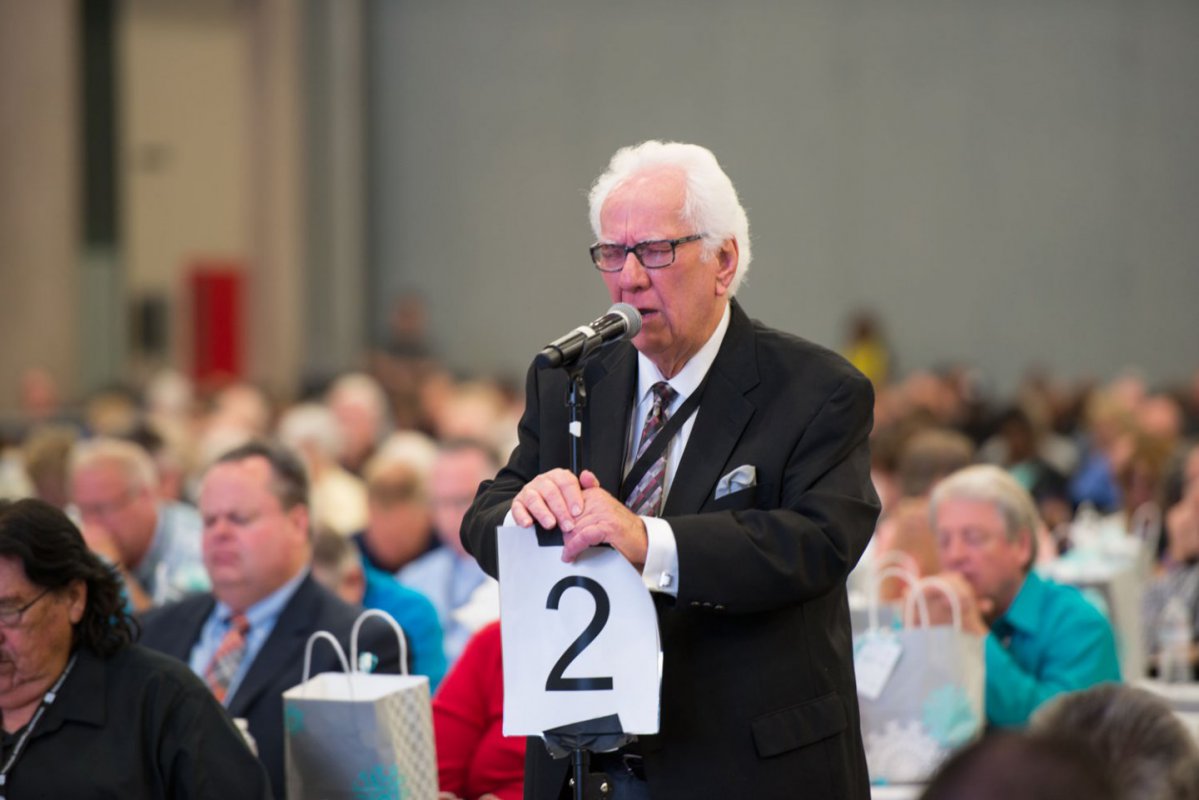 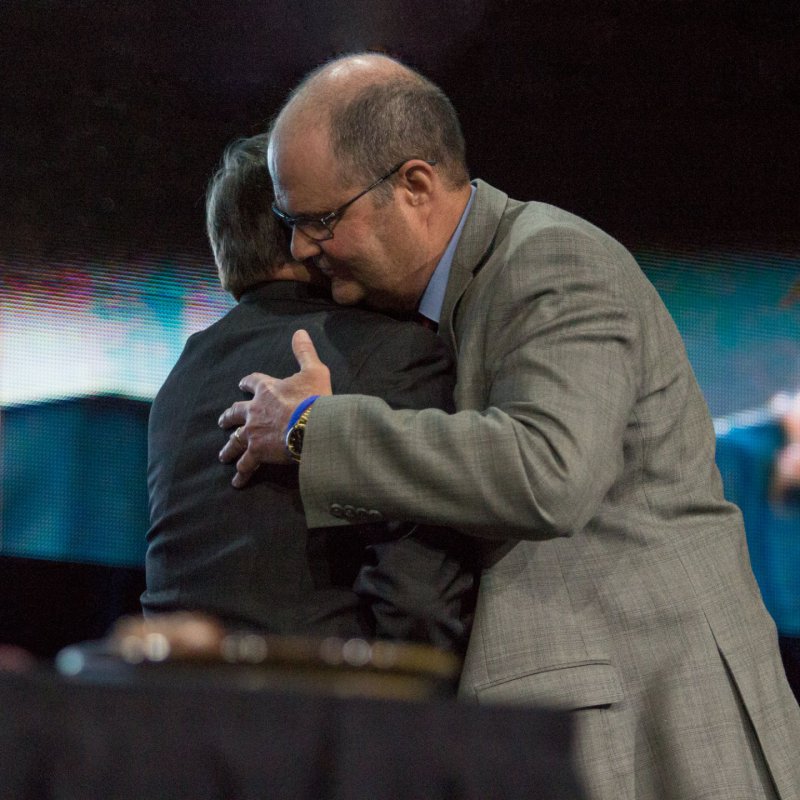