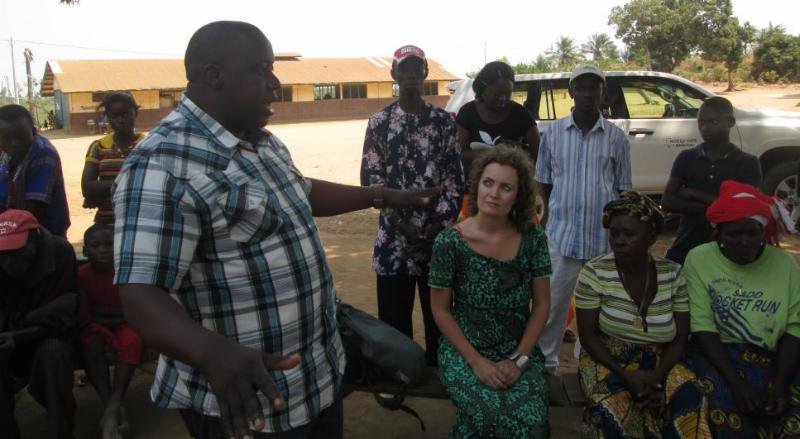 Wesleyans in danger from Ebola

The Ebola crisis in West Africa is spreading. World Hope International is operating in Sierra Leone and helping to reduce the spread of this disease. Read how you can help.

The Ebola crisis in West Africa is spreading. Nearly 700 people have died from the disease since February. We have received confirmation of cases in the Bombali District of Sierra Leone, where we have many Wesleyans. World Hope International, the humanitarian partner of The Wesleyan Church, is operating in Sierra Leone and is one of the groups taking a lead role to work with the government to reduce the spread of this disease.

Funds are urgently needed. Dr. Yoti of the World Health Organization states, “In Sierra Leone, there is a unanimous opinion among all those involved that without more resources the fight against Ebola may prove to be too difficult. We need to step up the response and we need to do it fast . . .”

An important part of what we can do, according to John Lyon, CEO and President of World Hope, is to work at “sensitizing communities on the virus – what it is, who is at risk, how it spreads, what are the symptoms, how to handle infected persons – and activate preventative measures, including hand-washing and basic sanitation and hygiene practices.”

Specifically, funds contributed through the Wesleyan Emergency Relief Fund will go toward training workers to deal with patients afflicted with Ebola, supplies needed at the Kamakwie Hospital in Sierra Leone as well as supplies in the villages (such as gloves, gowns, masks, and IV supplies), and transportation to the villages. Kamakwie, a Wesleyan facility, is the only hospital within a 55-mile radius.

To contribute toward the effort to contain this disease, go to the Wesleyan Emergency Relief Fund.