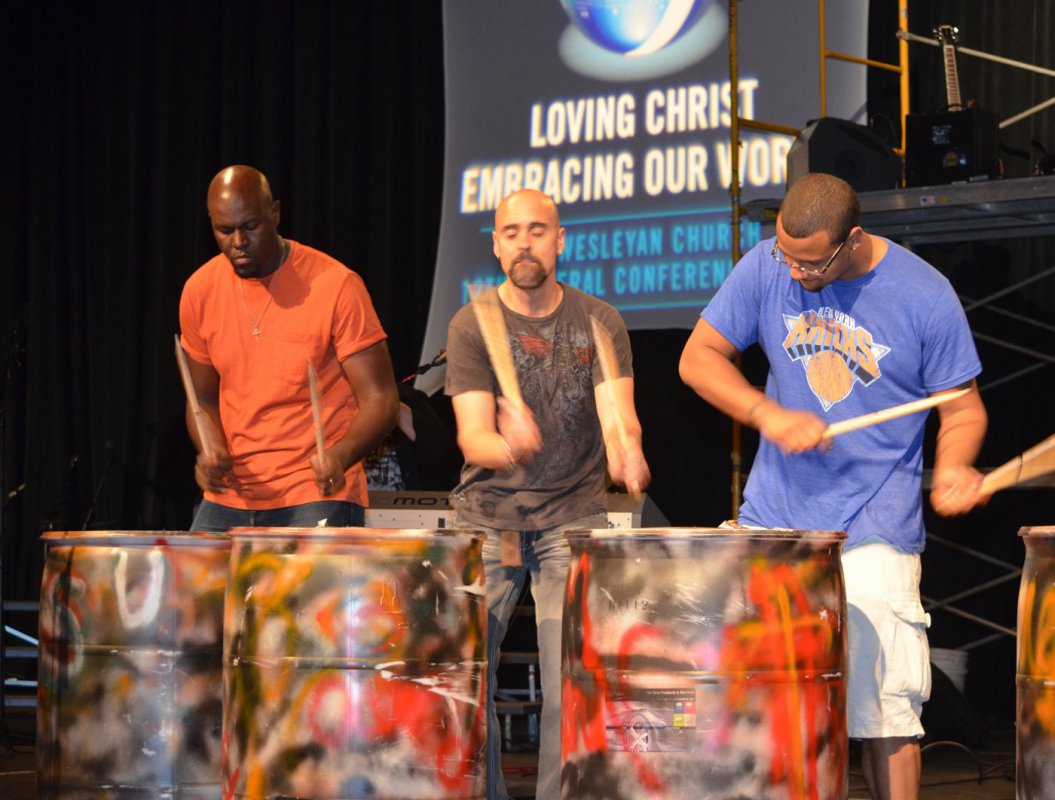 Kentwood Community Church’s praise team began the service with enthusiastic music that mixed Praise and Worship and Urban, highlighted with a call to commitment by Kentwood’s senior pastor, Rev. Kyle Ray. The Salgueros then called Wesleyans to go into the cities and communicate the gospel. Referencing Jonah and his initial refusal to go into Nineveh, they challenged the crowd to be different and not ignore God’s leading.

He stressed that often times we don’t step out of our comfort zones and minister to those people who are different than us. Rev. Salguero asked the question: “How dare we not love the people who God loves?” The son of a teenage drug addict—who was abused by his kindergarten teacher—said, “God is in the business of redeeming people and things that most people wouldn’t want to touch,” he says.

“God is in the business of redeeming people and things that most people wouldn’t want to touch,” he says.

An offering was collected for the Hope & Holiness Trust, and Rev. Ray gave testimony as to how the fund has benefited The Edge, a Wesleyan Hip-Hop church in Grand Rapids that was a church plant from Kentwood Community.

Over two hundred ministers with 40 and 50 years of service in The Wesleyan Church were awarded medals and stood in recognition during the Sunday evening rally.