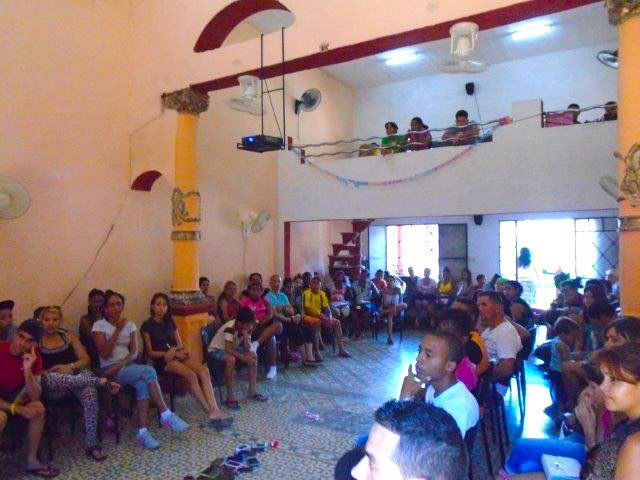 Eighty-four youth gathered in Pedro Betancourt, Cuba, for a district youth convention. Several students have said their lives were greatly changed by attending the event.

Under the theme, “Making an Impact on Our Generation,” 84 Wesleyan youth gathered in Pedro Betancourt, Cuba, at the “Iglesia del Pueblo” Wesleyan Church, August 7-9, 2015. The Youth heard powerful messages from Pastor Yunio Gonzalez (pictured below, superintendent of the West District, as well as other speakers.

The worship times were powerful, times of prayer were often. Twenty different dramas were presented. Interactive workshops were offered by the Cuban pastors. And then, of course, there was time for baseball, the Cuban national sport. Several of the youth expressed that the impact of the event made a “before” and “after” in their lives. It is not easy to carry out an event like this in Cuba. Each young person made financial sacrifices and helped with fundraisers. The youth self-financed the event and had 800 pesos ($32.00) left over!