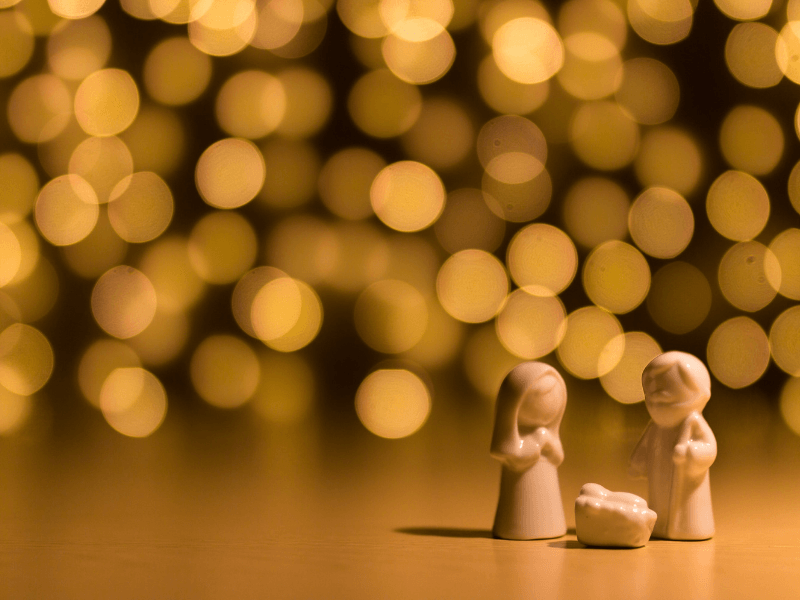 What Christmas is all about

The real meaning of Christmas can be summarized in the word, “incarnation.”

Here’s one of my favorites that comes from Jay Leno’s headlines segment that he used to do on The Tonight Show. That was the segment where he read strange or funny headlines and advertisements from newspapers. This particular year there was an ad for the Center for Dental Implants that said, “The gift of chewing is what the holidays are all about.” I’m pretty sure that’s not right.

So, what is Christmas really all about? The real meaning of Christmas can be summarized in the word, “incarnation.” Incarnation is a theological word that simply means, “God in the flesh.” Christmas is all about Jesus becoming human and coming to Earth so that he could save us. I have to admit that the incarnation is something that absolutely blows my mind! God becoming flesh, fully human, fully divine – not one or the other, not either/or, but both/and.

The Apostle, John, says that “through him (Jesus) all things were made.” Picture the nativity scene through that lens if you want to have your mind blown. He created the wood that the manger he laid in was made from. And he created the hay that lined the manger. He even created his own mother, and yet, he depended on her for his very existence. How can we, as finite humans, get our minds around that? Martin Luther must have struggled with those kinds of thoughts as well because he wrote in one of his hymns, “He whom the world could not enwrap, yonder lies in Mary’s lap.”

Soren Kierkegaard told the story of a king who loved a humble maiden. This king was like no other king. Every person and every nation trembled before his power. And yet this mighty king was melted by love for a humble maiden.

How could he declare his love for her? In an odd sort of way, his very kingliness tied his hands. If he brought her to the palace and crowned her head with jewels and clothed her in royal robes, she would surely not resist. But would she love him? Or would she live with him in fear? How could he know?

The king, convinced he could not elevate the maiden without crushing her freedom, resolved to descend. He clothed himself as a peasant and approached her cottage incognito. He renounced the throne to win her hand.

That’s exactly what Jesus did for us; he renounced his throne to win us. That is the wonderful truth of the incarnation. John said it best: “The Word became flesh and made his dwelling among us.” C.S. Lewis also expressed it really well: “The Son of God became man to enable men to become the sons of God.”

That’s what Christmas is all about, and it’s a gift that’s way better than “the gift of chewing.”