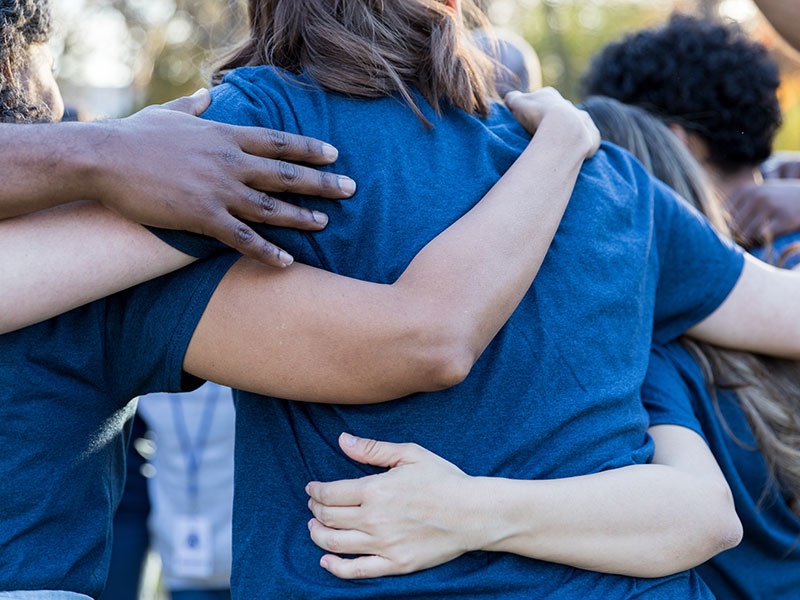 Who’s in your inner circle?

A lesson on praying bold, specific prayers and expecting God to answer.

When I read this recently with a group of women studying “The Circle Maker,” Mark Batterson’s book about praying circles around your biggest dreams and greatest fears, I was reminded of an unusual sermon I heard a few years ago. That sermon had a profound impact on my life.

It was on a topic I don’t recall hearing preached before, and I don’t think I have heard since:  the importance of having an inner circle of Christian friends.

Jesus fed the multitudes and healed thousands, but he only had 12 disciples. And of those, only three were in his inner circle — Peter, James and John. In the end, only John stood with him at the cross.

I had never before applied the “inner circle” idea to my life. I was a bit skeptical when the pastor preached on the need to have three to five close Christian friends to speak wisdom into your life and provide guidance. I remember thinking “That’s an awfully specific number—a close circle of three to five friends. Why?” It would take a few months for God to reveal the truth and beauty of this to me.

At the time, I was involved in a large Tuesday night study group that developed into several smaller leadership groups doing personal prayer ministry in my church in Alexandria, Virginia. Being a church of 3,000 people, I didn’t know anyone particularly well. All of a sudden, I formed what you could call an unlikely bond with a core group of four other women, all of us of different ages, backgrounds and ethnicities.

Our little group had a supernatural sense of wanting to be together. We formed a Saturday morning study group at my house, unsure of what we even wanted to study! We trusted the Lord would guide us. During this time, we shared everything going on in our lives — from our great successes to our deepest hurts. Our goal became to help each other develop our individual God-given spiritual gifts.

We prayed for each other. We texted verses or songs that would suddenly come to mind that we felt someone in the group needed to hear that day. And, to each of us, every time that happened it seemed nothing short of a miraculous word from the Lord.

When a few others asked to join the group, my first thought was — “Yay, more warm bodies!” If I’m being honest, I may have also thought, “more people to bring spice cake and cookies and homemade scones!”

This is the time that God chose to teach me a lesson I’ll take with me forever.

Instead of taking time to dive deep into the personalities of four women so I could pray for their unique giftings and their deepest worries, I now had eight to 10 women on my mind. The outcome was that I stopped praying for each person specifically and intentionally. Now after a long day at work, I threw up a Hail Mary, “God just bless all those women in some way tonight. You know their needs. Thank you. Amen.”

Let me repeat that: I stopped intentionally asking God for a specific outcome or blessing in their lives. I stopped praying in a way that we would know with 100 percent surety that the answer came from him, and then we could praise him for it.

God showed me that when he entrusted me with an inner circle and their problems, I focused on each one. I took the time to ask for total healing of Jess’ life-threatening mystery ailment; I prayed for God to show Danielle what a strong leader she was and to open career doors and expand her territory; for Nipulma to always be able to hear his voice clearly and only his voice; and for sweet, young Adrienne’s job woes and family relationships.

We all felt a dynamic shift with a larger group. But none of us wanted to exclude anyone, and we were thrilled other people wanted more of God on a Saturday morning. As God would have it, the larger group didn’t last long, and we were back to our core of five.

During this time, I was preparing to move to the South to marry a Wesleyan preacher. On our last brunch date, we agreed ahead of time to all pray that the Lord would give us a word, the same word, for Jess.

Jess’ story is that she had been to dozens of doctors, specialists and allergists in the previous two years to determine why she was allergic to everything she smelled or basically touched. Imagine being a beautiful, single girl in your 20s and basically becoming a hermit because makeup or the smell of other people’s lotions could send you into a tidal wave of nausea and migraines.

This girl had been through the fight of her life.

Jess decided it was time to stop asking God for healing, and start praising him instead for the healing he had already started in her. She also attended a healing seminar and studied all the verses on healing and victory she could find. We started to notice a dramatic improvement in Jess, not just in her physical healing, but also in her unwavering trust in the power of God.

None of us shared with the others what encouraging word we received from the Lord after praying specifically for Jess all week. As we gathered for brunch, we went around the table one by one and pulled out a slip of paper to reveal the word the Lord had spoken to us specifically for Jess.

There have been many times I have thanked God for that inner circle of friends he chose for me for that brief period of my life. Nearly five years later, we still keep in touch, sending the occasional email between Virginia and South Carolina, and even between here and Spain where Danielle landed for a time as God delivered on a promise to expand her territory. I wept with joy at Jess’ wedding photos, and her bold Facebook posts about God’s healing power.

I’ll never forget these women or the lesson to surround myself with an inner circle, to pray bold, specific prayers expecting an answer and to share it when he does so that he gets the glory for it.

Jennifer Jones is the district administrator for the South Carolina District.