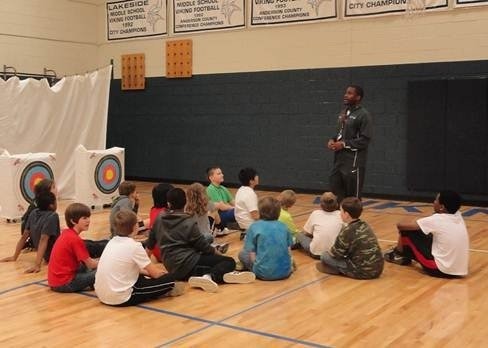 Wimphrie named teacher of the year

Wimphrie feels blessed for the guidance of his parents, saying both have used their jobs as “a mission field.” Much of his inspiration to teach came from his mother. In addition to his duties at Lakeside, he coaches the Southern Wesleyan men’s bBasketball team with his father, Head Coach Charles Wimphrie.

“My dad is one of the greatest coaches. He has impacted many players through his job,” Wimphrie said.

Wimphrie said of his mother, “She has been in public education for over 20 years, and her heart for the youth really inspired me.” Wimphrie also credited many of his teachers he’s had over the years with valuable life skills he has learned.

“I felt like I was prepared to accomplish any task as a teacher,” Wimphrie said of his degree program at Southern Wesleyan. “The faculty at SWU did an amazing job preparing me to be the best teacher that I possibly could be.”