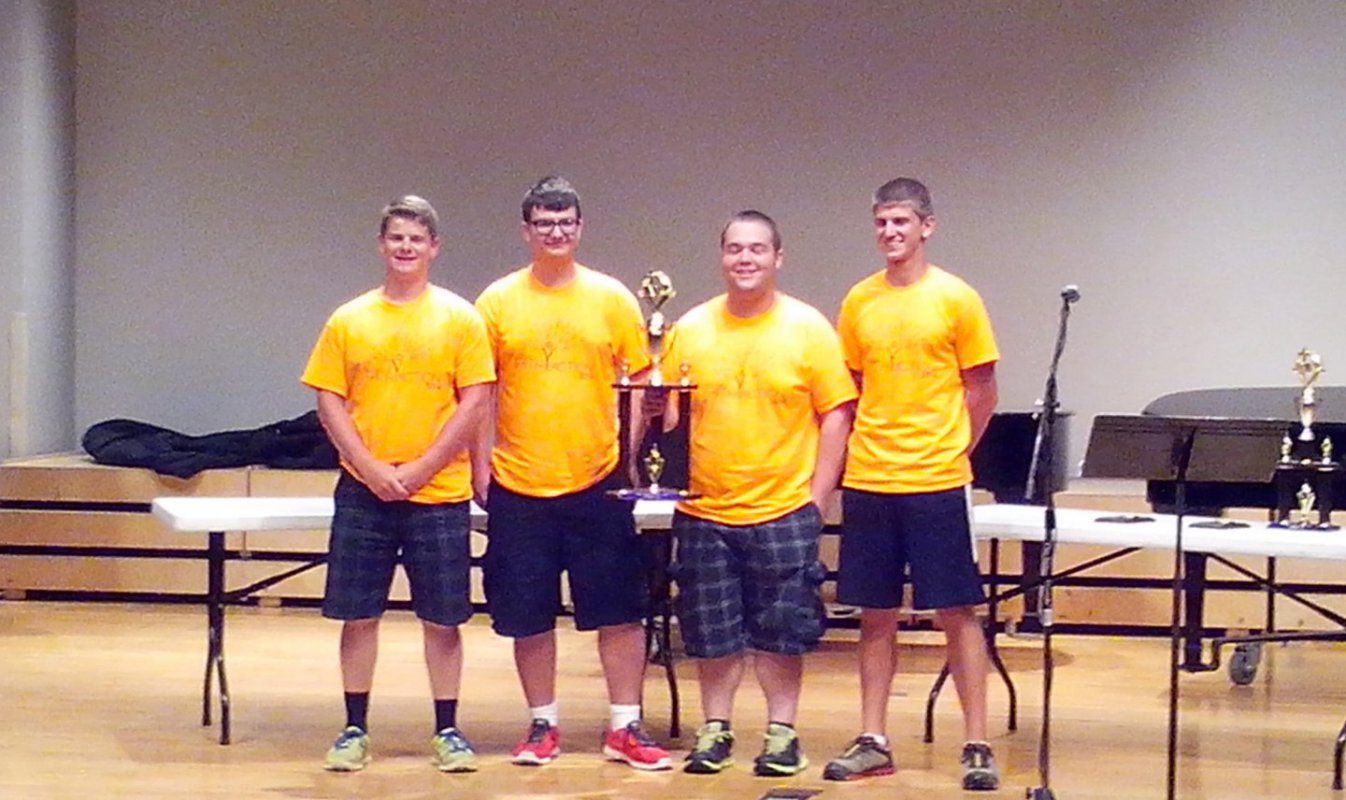 Fifty-five quizzers from eight churches gathered at Houghton College in Houghton, N.Y., for the 2014 National Wesleyan Bible Bowl Tournament (WBB). Teams from Indiana, Oklahoma, Ohio, Pennsylvania, Virginia, and South Dakota gathered July 18-21 to quiz over the books of Romans and James, competing for over $55,000 in scholarships to colleges and universities affiliated with The Wesleyan Church. Each member of the top team received scholarships worth $1,100 per person. Scholarships were also awarded for head-to-head individual toss-up and written competition (ranging from $3,500 for first place to $250 for tenth place). The overall theme of the competition was “Faith in Action,” with National Director Jim Terwilliger encouraging quizzers to take the Word of God beyond the competition, putting it into practice on a daily basis.

“It’s awesome to see teens memorizing God’s Word and then earning scholarships to Wesleyan schools,” said Jim Terwilliger, national director of Wesleyan Bible Bowl. “But it’s even more awesome when we get to see those teens’ lives changing as they study the Word of God. WBB really is all about discipleship of young people. The competitions and the scholarship are just a side benefit.”

Five teams competed in Division B in the championship round. Sweetser Wesleyan (Sweetser, Ind.) captured top honors for this division in its first trip to the national tournament. Grace Point Wesleyan (Brookings, S.D.), placed second and Faith Wesleyan (Terre Haute, Ind.) third. Rounding out the tournament were additional teams from Faith Wesleyan and Cypress Wesleyan.

Two $500 character scholarships were also awarded, recognizing a young man and a young woman who have exemplified putting God’s Word into action in the lives. The recipients were Daniella Peterson, Grace Point Wesleyan Church (Brookings, S.D.), and Nathan Crawford, Christ Wesleyan Church (Milton, Pa.). They were selected by the National Quiz Council after being nominated by their coaches, who also had the privilege of presenting the awards to their quizzers at the closing awards ceremony.

Over the coming year, teams will be studying the book of Acts, culminating in WBB Finals at Indiana Wesleyan Universityin Marion, Ind., next July. For more information about Wesleyan Bible Bowl, please contact Jim Terwilliger.