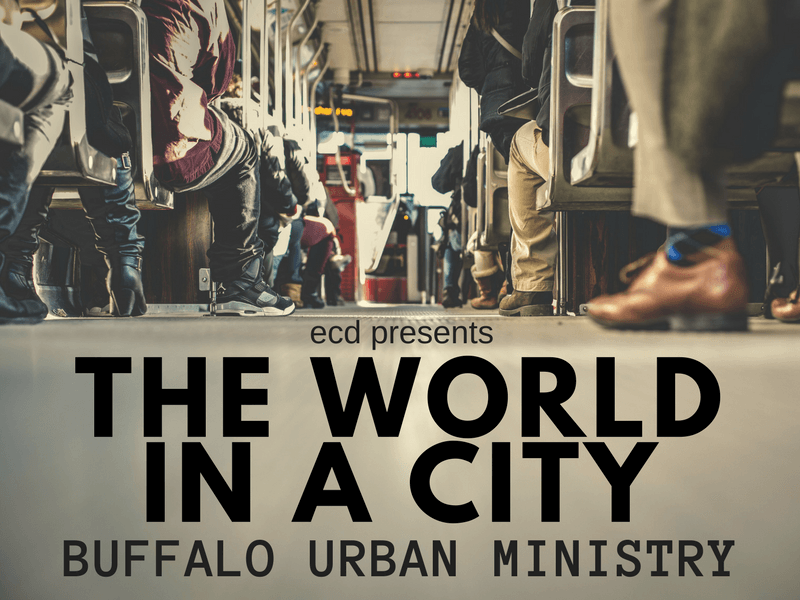 The World In A City: Buffalo Urban Advocacy 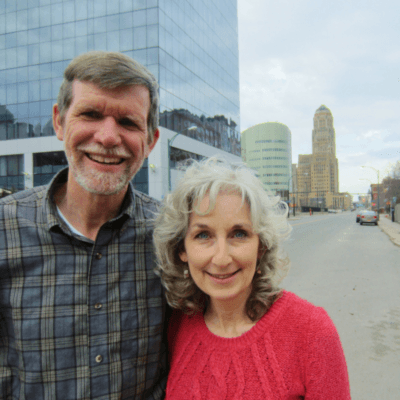 Pastors Steve and Ruth Strand have served The Wesleyan Church in all corners of the Western Hemisphere for 30 years. Their latest mission field reaches the world in a single city: Buffalo, NY.

Buffalo has one of the highest poverty rates in the U.S., and is also the number 1 city in New York for refugee resettlement, creating a diverse income, racial and religious mix in a population of 250,000.

“Our interest has always been strong for work with various cultures,” share Steve and Ruth. “As we witnessed a great influx of people from around the world moving to Buffalo, it seemed important to us and our district leaders to be present and to assist local congregations to serve in the city.”

One of the major platforms for Steve and Ruth’s service is Jericho Road Community Health Center, which serves 10,000 patients—mostly low-income and refugees—every year. Spanning 30 language groups, more than half of patients do not speak English.

Jericho Road believes there’s a necessary spiritual side to any physical treatment, which is where Steve and Ruth step in to help. In the lull between nurses taking vitals and the doctor’s arrival, they offer a spiritual check-up.

“We introduce ourselves as spiritual care providers and explain that we’re concerned with what’s going on inside, not just outside,” explains Steve. “We often talk about family, support networks and sometimes that turns [into] faith communities. We offer to pray with them.”

These are short encounters, but often lead to long-term connections.

At one such spiritual care conversations, Ruth befriended with a young Buddhist refugee. Months later, faced with a serious health condition, the woman died. The woman and her family kept Ruth close during the journey, welcoming prayer in Jesus’ name and even including her at the funeral ceremony as a Buddhist monk led spiritual rituals.

“The family was very open to Ruth’s spiritual care because of the deep relationship they had formed,” explained Steve.

Ruth works at the center full-time, overseeing a team of 6-8 spiritual care leaders from several language groups. Steve joins her one day a week.

Steve and Ruth also teach classes at Houghton College Buffalo. It’s the college’s inner-city branch with a course program aimed toward low-income or English as a second language students.

In response to a growing number of students from diverse religious backgrounds, Steve modified his Introduction to Christianity class into Global Christianity and World Religions, seeking to authentically address students’ questions about Christianity and their own religions.

Small class size allows Steve to give attention to each student learning in his class, which is a mix of Muslims, Hindus, and Buddhists.

Steve gives every class an assignment and asks, “If you could ask Buddha and Jesus each any question, what would it be?”

He says suffering is a recurrent theme. “I would ask why, Buddha, have I suffered as much as I have in my life?” wrote one student.

Steve has the opportunity to talk through these topics, guiding students—many of whom have experienced significant trauma—through their questions and fears regarding their own spirituality.

“These students are very open to hearing the Gospel,” says Steve.

Steve and Ruth function as connectors in Buffalo’s urban ministry, not only between city groups but also with Buffalo suburb churches. “District churches have become very actively involved,” they said.

At House of Grace, a church building that serves three diverse congregations, Ruth and Steve have recruited volunteers from district churches to lead English classes. They also help other churches get involved in City Life, an urban youth ministry.

Ruth and Steve describe their greatest ministry challenge as “overcoming obstacles of misunderstanding,” in a ministry that reaches people from dozens of ethnic, language, religion and economic backgrounds.

“The refugee experience, systemic racism, working alongside generational poor and getting to know different cultures and people who speak different languages,” the couple lists as top challenges.

“One of our city’s challenges and a challenge in the church is racism,” explain Steve and Ruth.

“Will we be humble, listen to Spirit and listen to others with different life situations and backgrounds, and be partners in reconciliation? We pray the churches will be places of welcome and reconciliation, across differences, whether race or otherwise.”