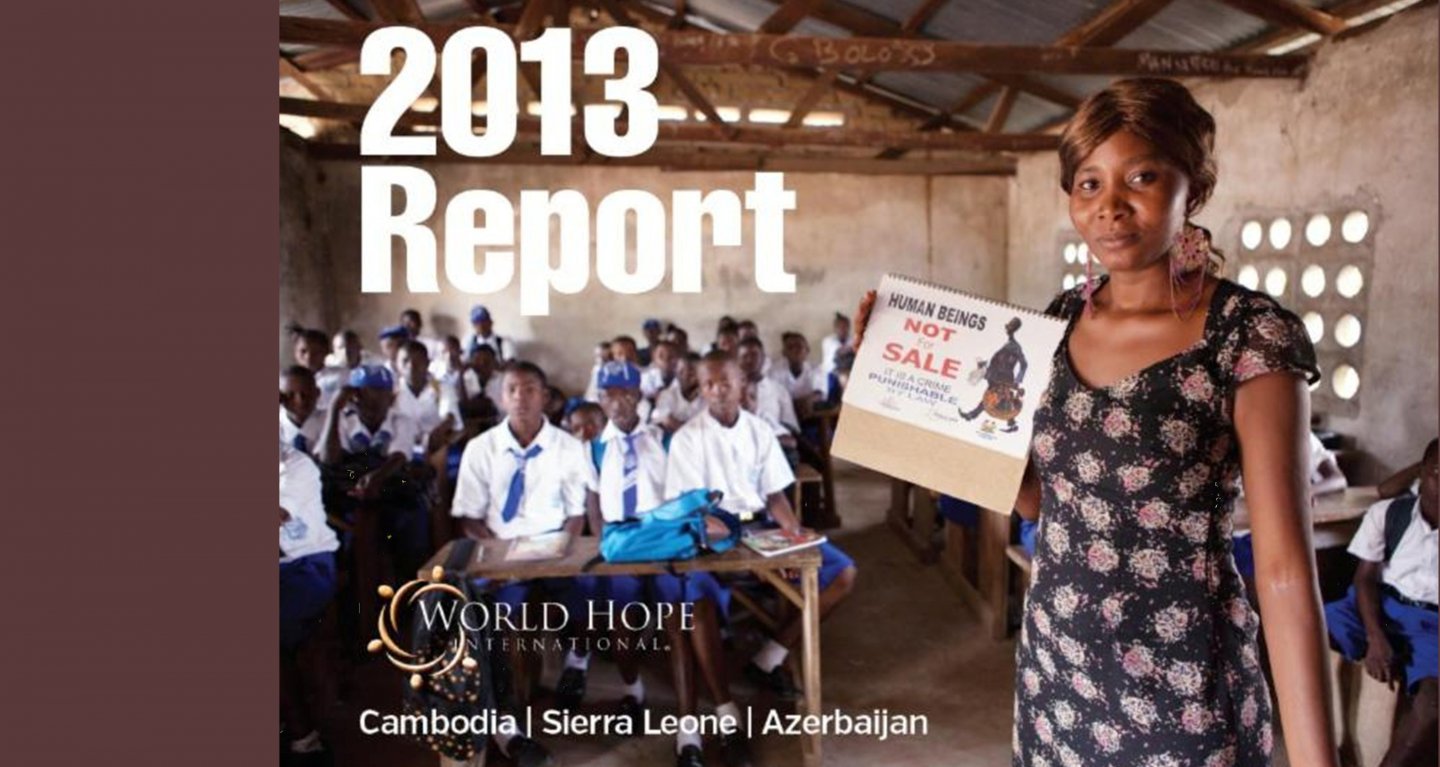 Thank you, Wesleyan churches, for supporting the battle against global human trafficking!

World Hope International is the key partner of The Wesleyan Church when it comes to the worldwide battle against human trafficking. Last fall, Lisa Thompson was appointed the new Director of Anti-Trafficking for WHI. Today, she released the report on all of the anti-trafficking work that WHI did in 2013. It is a powerful report, with extensive photography, detailing the anti-trafficking measures being taken in three main countries.

Below, download the impressive WHI anti-trafficking report on Azerbaijan, Cambodia, and Sierra Leone.

Over the last eleven years under founder Jo Anne Lyon and other CEO’s Karl Eastlack, Tom Armiger, and current President John Lyon, World Hope has developed and sustained a significant counterattack against the global scourge of human trafficking, and The Wesleyan Church has been proud to actively partner and strongly support that ministry.

What has been done during this decade? Lisa Thompson offers the following significant accomplishments:

It takes more than good intentions to make a difference. Thank you, Wesleyans, for joining the battle by supporting it financially, by praying, or even by being trained in anti-trafficking or going overseas to heighten awareness and help. Millions have been caught up as victims, but we are saving innocent women and children one by one, and a thousand by a thousand. Thank you for making a difference!

To see the dramatic 2013 story, download the following report now.