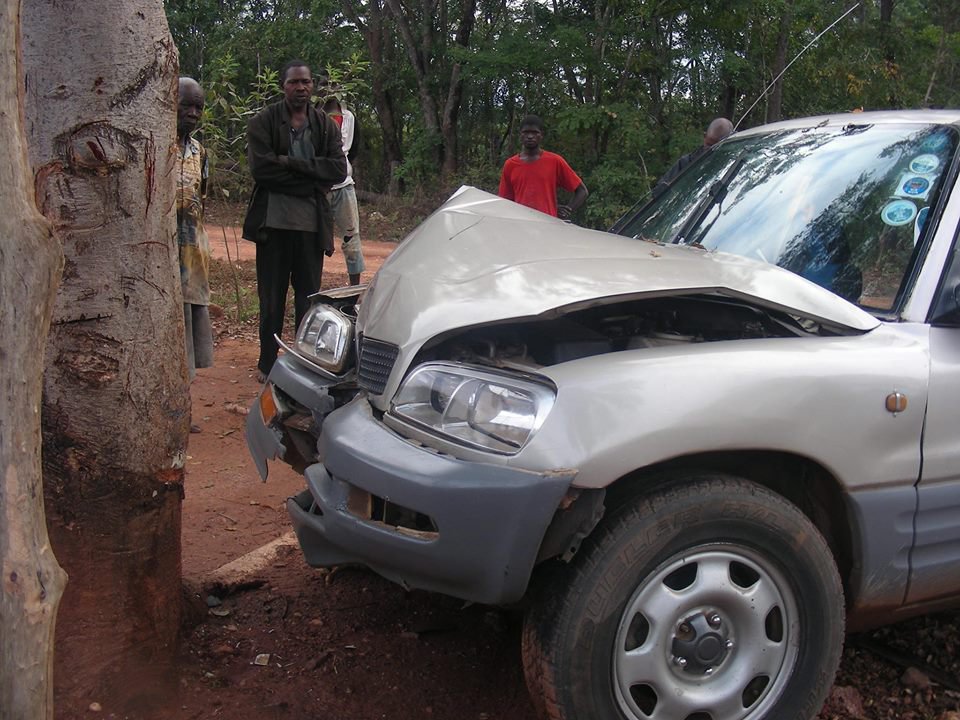 While traveling to show the JESUS film, the team's car crashed into a tree and became damaged. But that didn't stop them from continuing to tell others about Jesus.

Fulfilling the Great Commission to go and make disciples of all nations, we went this last Friday to the village of Magula, Gile District in Zambezia province, to show the JESUS film and help the brothers and sisters who were displaced by the floods.

During the trip, our car’s brakes failed and our car carrying the JESUS film team ended up crashing into a tree. The entire front end of the car was damaged as well as the radiator. We thank God that all members of the team were uninjured except for Rev. Zito Alfoi, who received a slight injury to his legs. We managed to rent a car, which took us to the place.

We got there quite late at night so the next day we held seminars that were wonderful. On Saturday night we showed the JESUS film where, even the village traditional chief, a Muslim, accepted Jesus as Savior and three addicted to drugs and alcohol also converted.

On Sunday morning we baptized 18 souls and worshiped with 230 souls. We returned late Sunday, leaving the car there. Thanks to everyone who has prayed for us and has supported us in this mission of saving souls. We are committed to continuing to serve the Lord and others, so pray that we find resources to tow the car back and that we can get it repaired.