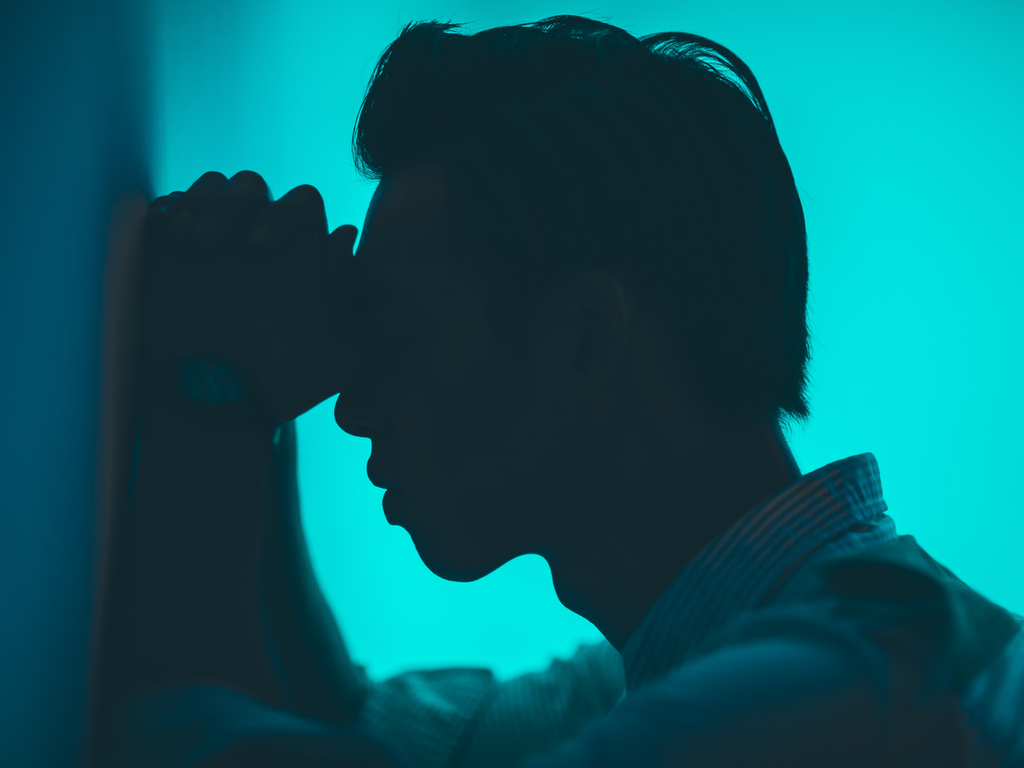 As I was staring at my wife, who had recently been diagnosed with Stage 3 breast cancer, I no longer had his praise in my lungs or on my lips.

Chera, my wife, was glaring at me with the type of fire normally reserved for people who tell her Christmas music should wait till after Thanksgiving.

I nodded, more than slightly annoyed.

“God is good,” I half-heartedly indulged her.

And then what I knew was coming.

I met her eyes smiling as best I could.

I affirmed something that I had said, from the pulpit no less, hundreds if not thousands of times. Something I had quoted in hospital rooms, promised to dying people, swore to college students during pastoral care times and clung to during some of my darkest and scariest moments. Yet, as I was staring at my wife, who three days before had been diagnosed with what we were told was Stage 3 breast cancer, I no longer had his praise in my lungs or on my lips.

We were preparing to go to a Sunday morning service at my home church in Ohio. Chera was going to be anointed. I was going to be expected to smile, to cry, to look grateful, to sound hopeful, when in reality I wanted to run. To avoid. At my worst I wanted to fight. In my arrogance and anger, I wanted a good old-fashioned wrestling match with God. And for that, I felt guilty.

We walked out the door of my parents’ home, where we had been staying since the diagnosis. We were 460 miles from what we now called home in New York. The different mattress had caused my hip to hurt. My three-year-old daughter, who was refusing to sleep on her own, was not helping the matter.

I didn’t want to go to church. I was empty. I was angry. And my hip hurt.

As we walked out, Chera looked at me and whispered, “God is good. God is God. And God is good at being God.” I nodded. I didn’t doubt that God was a good driver … I only wondered, if at times, he was asleep at the wheel.

I didn’t sing much during the service. My wife, three days past diagnosis, was raising her hands and crying; my daughter was doing the same. I was clenching my fists. I don’t remember the songs, the words or even the melodies. I do remember the pain. In my chest. In my throat. In my hip.

We were called down to be anointed, and I walked down to the altar like a prize fighter approaching the ring. Maybe now I would get my answer; if not, I would at least get my showdown. I knelt.

The sadness, anger and disappointment that flowed out eventually turned to questioning and then begging. If we were having a fight, I was losing.

I’ve never heard a voice from God but I’ve always wanted to. I assume God sounds like James Earl Jones or maybe Morgan Freeman. If I finally hear from God, and he’s a tenor, or as my Scottish soccer coach believes, speaks like Sean Connery, I won’t recognize him at all. But at that moment I got a deep sense that God was communicating to me perhaps an echo of the previous conversation: “I am good. I am God. I am good at being God.  And I don’t sleep.”

As my wife walked back to our pew, head held high, eyes shining, tears wiped away, I limped back, our daughter in my arms. After three days of calling God out for being silent and absent, I started to realize that I wasn’t ready to hear from God. I wasn’t ready to see him. Honestly, I wasn’t even sure what I would do if he actually showed up. But God did show up, as he always does. He showed up at the end of the sermon. Chera could tell you exactly what it was about. She probably has notes stored someplace. I on the other hand can tell you the last Scripture reference. I can tell you because exactly as the pastor read Genesis 32:22-27, my hip started throbbing along with Jacob’s.

Yes, the last passage the pastor read was about a man wrestling with God and his resulting injury: pain in his hip. I think I might have audibly gasped from both the pain and surprise when she mentioned the words. And suddenly my world shifted.

And I knew it to be true, because I had been wrestling with God for the past three days. And gracefully, mercifully, God had taken it easy on me. He had taken the words, the punches, the doubts, the frustrations, the elbow drops and body slams, and in return he had simply touched my hip.

At the end of their fight, Jacob clings to God in desperation, exclaiming that he won’t let go until God blesses him. It makes me wonder how often I missed a blessing because I avoided the wrestling. It wasn’t until recently that I really felt I could fight with God. I’ve been angry before, and certainly disappointed, but this new season brought me to a place of engagement. I’ve often heard that in pain and crisis our natural instinct is to either run or engage with the “fight or flight.” My natural instinct over the years has been to run, or at the very least to clam up in pain. In college I nearly left the faith over some painful experiences, and during that time I simply shut down. No prayer, no engaging: just silence.

This time, instead of shutting down, I leaned in. I decided we were going to fight this out.  And in muscling up, I got closer than I ever had before. It was not in the silence that I was finding him, but in the fighting, in the lamenting, in the pain. If God is in the redeeming business, if God is trying to use all things to redeem, it makes sense that he would use even our pain and anger to draw us in.

After the service, as I walked up the stairs into my parents’ house, my hip gave out on the second step and I limped. This time, however, I didn’t respond in anger. I responded in thankfulness. It was a reminder that although I had been silent, God had not. Although I hadn’t felt him, he was there. The distance I sensed certainly wasn’t on his part, and it took a wrestling match for me to draw close. That may have been the only thing that would.

I don’t know how long I’ll have this limp and pain. For now, it’s a reminder, a holy pain that testifies that sometimes God lets us limp, and that in the wrestling, we are not alone.

Reposted with permission from www.wesleyanaccent.com, a site dedicated to elevating Wesleyan Methodist resources for pastors and laypeople.