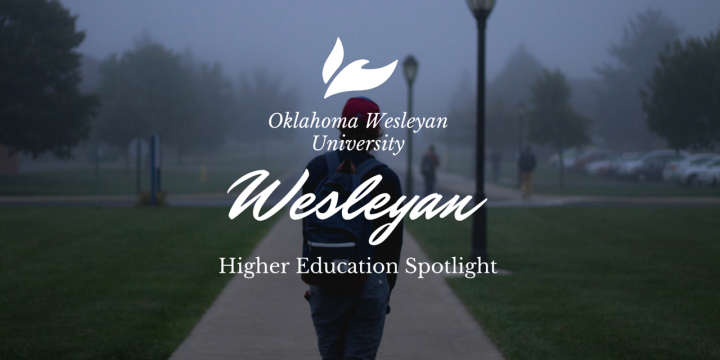 The goal of Oklahoma Wesleyan University’s Orange Movement is to end modern day slavery manifested in the form of human trafficking. Directed by OKWU’s First Lady Marci Piper and Assistant Director Heather Utzman, the movement raises awareness about human trafficking and brings the light of Jesus Christ to both victims and perpetrators of this crime.

The movement is named after Orange Scott, an abolitionist father of the Wesleyan denomination. Scott believed it is “our duty to call the attention of [our] countrymen to the wrongs and outrages suffered by the wretched slaves of our land [and beyond].”

Annually, OKWU hosts “Orange Week” during the second week of February in honor of Orange Scott’s birthday. During this week, the university hosts various events to raise funds to be used for efforts in the fight against human trafficking. This past February, OKWU hosted a Hope For Dinner campaign during Orange Week. The essence of this campaign is to eat rice and beans for regular meals and donate the difference in cost to feed the hungry ($1.00 provides 10 meals).

This past November, Director Marci, Assistant Director Heather, and Reneé Terrill, an OKWU alumnus and Global Impact Coordinator with Westside Family Church, had the opportunity to visit The Rahab House for the first time. Spending time with the girls living at The Rahab House provided insight to the cruelty of human trafficking and hope to the redemption found in Jesus Christ for these girls.

While in Southeast Asia, representatives from The Orange Movement also had the opportunity to meet with Venture Expeditions during the second part of their trip. Marci, Heather, and Reneé traveled with Venture and delivered 64,000 meals in addition to other supplies to refugees in Southeast Asia who are at high risk for human trafficking.

This trip gave the women of The Orange Movement a sense of how God restores joy in terrible circumstances. The trip reminded participants of the help being provided through the efforts of this ministry at OKWU. As a part of this recent partnership with The Rahab House, The Orange Movement is beginning to raise funds designated to building a more permanent home for the girls in Southeast Asia along with continued support for their journey to freedom.

To learn more about The Orange Movement, visithttp://theorangemovement.com/ . If you would like to give to this ministry visit okwu.edu/give and designate your donation for Orange Movement.