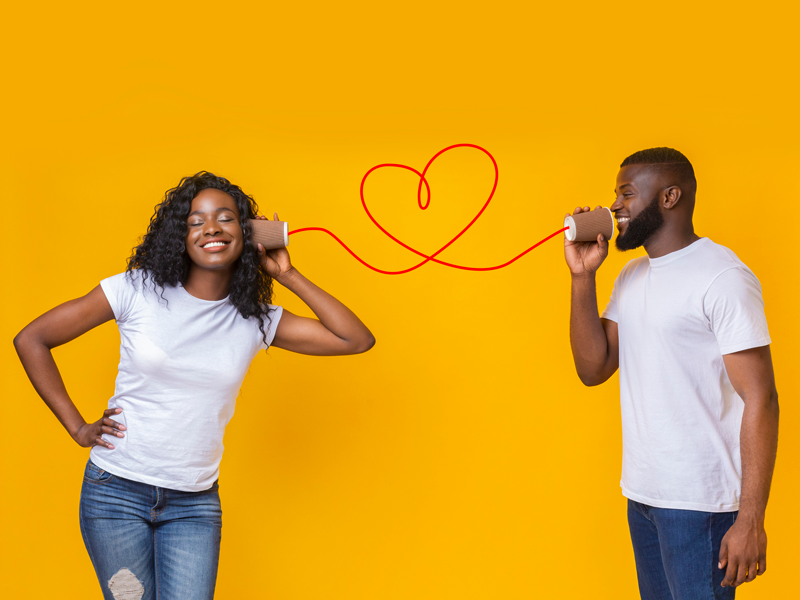 Why settle for turning over a new leaf, when you can renew your mind?

Have you noticed newlyweds don’t always have to communicate with words? They look into each other’s eyes, and their loving gaze speaks volumes.

Then life happens. They go to work. They deal with in-laws. They revert to old behavior patterns.

We shouldn’t be surprised. Most couples come from different family backgrounds, and those families may have different ways of communicating. Some families are warm and loving. They not only are expressive in speech, but they also give hugs and touches freely. Other families are more laconic. They may use one-word answers or lots of grunts. They are not as free to hug or give warm expressions of affection.

When a couple get married and come from two different backgrounds of communication patterns, we should not be surprised when they don’t always communicate effectively.

John Ortberg tells in one of his books about a friend, Sean, whose mother and father disliked each other so intensely that they would not speak to each other. However, for financial reasons neither was willing to move out of the house. So, as a boy, Sean was expected to carry messages between them.

Ortberg observed, “They were occupying the same physical space, but emotionally they were on different planets.”

Their lack of communication had more to do with their attitudes than it did their ability to communicate. They knew how to talk but chose not to do so because of animosity.

Getting a new set of attitudes is a spiritual exercise. Paul said, “Do not conform to the pattern of this world but be transformed by the renewing of your mind” (Romans 12:2). Better communication may begin with a new attitude. Why settle for turning over a new leaf, when you can renew your mind?

Ron McClung is the former assistant general secretary and a retired minister with The Wesleyan Church.