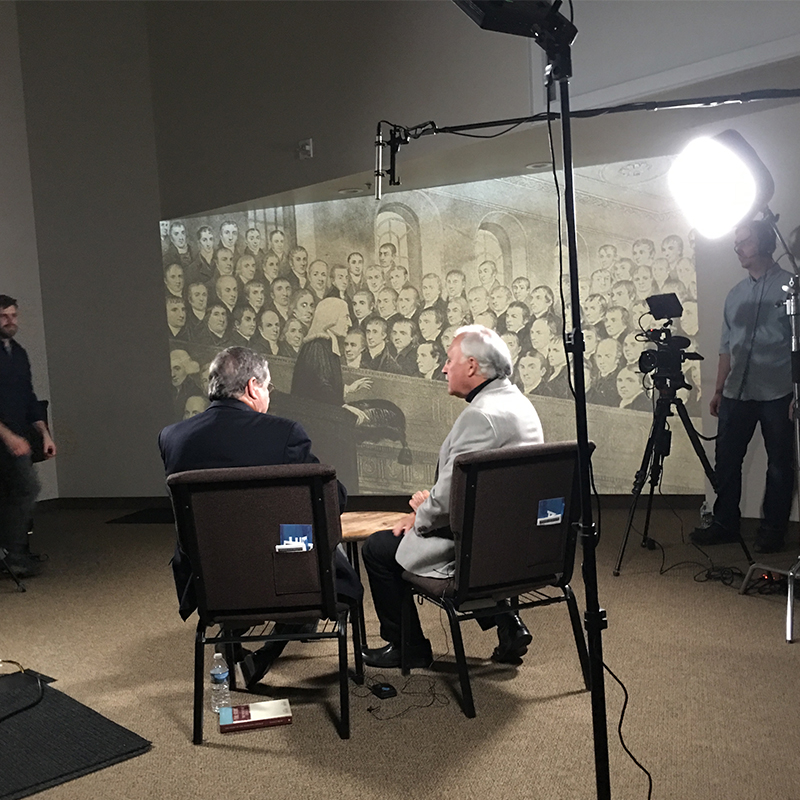 There are people you encounter in life whose presence you just want to be in. They’re people who are excited, passionate and informed and they want you to jump in and be excited too.

Keith Drury and Robert Black are these kinds of people. I recently had the opportunity to sit with them for a project related to the 50th anniversary version of their book, The Story of The Wesleyan Church. In our time together, it was evident that writing a book about Wesleyan history wasn’t a chore; it was a passion. Our history is full of stories of men and women who were committed to their calling and completely willing to make incredible sacrifices for the sake of what is right.

We spent the day walking through four major themes, beginning with John Wesley.

It’s no surprise we draw our name from him! Wesley’s message of the radical love of God, his desire to see real life change through “Methodism” (we might call it a “small group meeting” today) and taking the message out of the pulpit and into the world of the common man is contagious. It’s no wonder it sparked a movement!

Then there were the reformers — people like Orange Scott and Luther Lee who would stand up for what was right in the face of others who were saying, “Just be quiet and sit down.” People like Martin Wells Knapp and Seth Rees who resisted the temptation to isolate themselves from a sinful world, but rather dove head-first into the muck of people’s lives to see real redemption happen.

Our story isn’t just about men, either. We have a tradition of championing women in ministry leadership. Antoinette Brown is believed to be the first woman ordained in the modern era. And who ordained her? The Wesleyan Methodist, Luther Lee!

All this is fantastic. Hearing these two guys dig into the incredible stories of our history draws you in. They compel you to come along — to join hands with history, freedom, holiness and justice. These stories make you want to jump right into the mess of this world and see heaven brought to earth.

But Black and Drury also bring a helpful levity — a somber reminder that we can easily begin to coast and drift until we find ourselves in an unrecognizable place.

We spent time talking about where we failed.

How did a group of people, founded on the truth of freedom and respect for every man find themselves silent when civil rights were being abused? How did a body that once championed the call of God to men and women shutter the opportunities for women to lead?

But the story isn’t over.

We were brought to this place because new chapters have been written and I left reminded that there will be more.

What will history have to say about me?