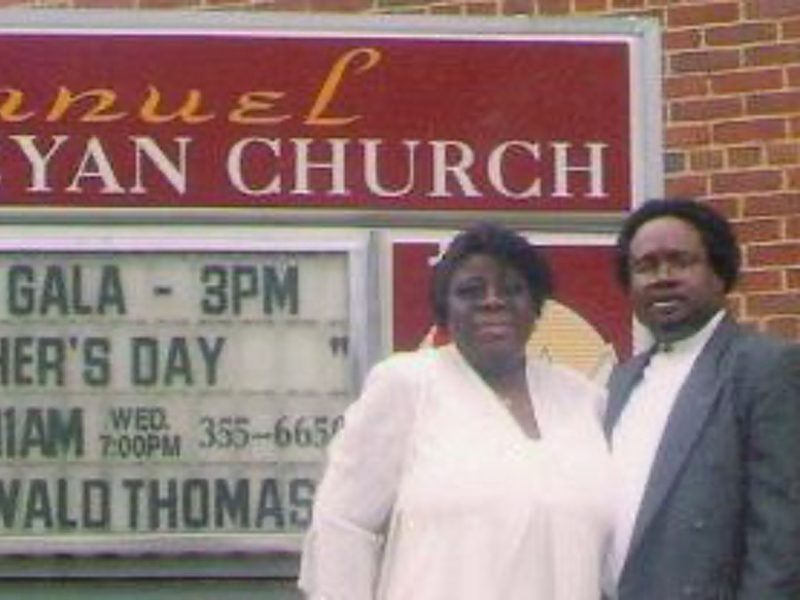 The attention of many has been drawn to Baltimore, Maryland after an incident involving the death of a man named Freddie Gray, taken into Police custody on April 12, 2015. This was followed by many days of subsequent protests, and then riots beginning on April 27th in the hours after Gray’s funeral, even though the family and community leaders asked for no protests on that day.

Dr Jo Anne Lyon, General Superintendent of The Wesleyan Church, issued a statement in response the day after the riots. Elected officials, community leaders, and local pastors in Baltimore and beyond responded by decrying the violence and asking for only peaceful non-violent protest. All hoped the riots would be an isolated incident, incited by a smaller group of people. A swelling of uniformed response from the state and local level also followed these riots to reestablish peace.

In the ensuing days some order has been restored in Baltimore with a curfew being enforced. Daytime and evening protests continue, however, with answers still being sought over the events of Gray’s death, and allegation of past patterns of police brutality being at the core of the protests.

In the midst of this it is helpful to remind ourselves that while Baltimore is receiving a great deal of media attention now, a few weeks ago not many people were focused there, except those that live there. Those people include local pastors, such as Rev. Lynette Thomas, the ordained minister serving as the Pastor of Emmanuel Wesleyan Church in Baltimore, Maryland. What follows are her words as relayed to and edited by David Drury, and then cleared by her as her intended statement to give us a window into what it is like to live and minister in Baltimore, before and after the riots:
__________

Much of what is happening these weeks in Baltimore is not in the news. Those who rioted are the young hopeless people here who have turned to drugs, gangs, and crime. The reality is that conditions here are not ever good. We are about 10 minutes from the location of the riots that happened, but many of those involved walked there from our neighborhood, right past my home and our church. We all need to remember we have to pray for the police too. I know of two that were shot the other night.

I was born and raised in Guyana, and moved here to do ministry after pastoring in other countries. I have never seen such a difficult place for people as I have in Baltimore. I am now a naturalized citizen of the United States. I think back at how missionaries from the States came to my birth country to reach people for Christ and help those who were in great need. For nearly 12 years I have been doing a similar thing back in United States, as a missionary for the gospel in a difficult neighborhood in Baltimore.

Baltimore is so hard hit by poverty, violence, and crime it breaks my heart constantly. Sometimes all I can think to do is to cry and cry and cry. Every day we hear of killings. I myself have performed an endless number of funerals, it seems. Never before have I had to be prepared for funerals for those who are killed.

Those trying to escape the life of drugs and crime are at times killed for even trying to escape. The level of mental illness is high, with many on drugs legitimately or illegitimately so it is hard to tell the difference. The children that come to our church by themselves often come very hungry, having not eaten that day yet, and so we feed them, and tell them the Gospel.

My daughter is a youth and family advocate in Baltimore, and is working on her PhD. She has seen a depth of brokenness here that is even beyond what I have seen, and she continues to engage with the problems.

In the middle of this our multi-ethnic church is full of very good-hearted people working for positive change and are ministering to the community for the sake of the Gospel. We work with people to help them overcome addiction, hunger, and violence. We always remind ourselves no matter how hardened or broken the people are who come in, that these are souls that God died for.

I have seen amazing things. Some people have overcome all this. I have seen people get a GED and get jobs. I’ve seen some even able to go off to college and change the direction of their family forever. We have a food and clothing program to assist people, a program that is used all the time. Our funds are very tiny, as even those who are committed and tithe make very little money, so we just make do with a little amount, with some of us here giving very sacrificially to make it possible.

We have seen God protect us as well, and feel his blessing even in the pain. Our church was broken into many times, including once to steal all the trace amount of copper in the building to sell, likely for drugs. We as a church began to pray that God would “Stop them in their tracks” the next time they tried to steal from us.

One day as we continued in this prayer we came into the sanctuary to see that the church had again been broken into, and all the instruments, curtains, electronics, absolutely anything that could be sold, was taken, even the American and Christian flags. But then we found all the items wrapped up in the flags and the screen in the center aisle of the church. We believe the looters stood there in the sanctuary, looked up at the cross, and that God answered our prayer to “Stop them in their tracks!” They left and all our Church’s key worship items were still there in a pile. Since then our church has been left untouched on the inside (although damage has still been done to the exterior).

I have met with other pastors in the area and we do prayer walks in the community and work together to try and overcome this situation. Our church does everything from cooking classes to help people learn to eat healthy, to working with people recovering from extreme violence to themselves. I remember holding a young woman who had been brutally raped by a gang, and her tears flowed so long and so hard that my entire shirt down my back was wet as if I had walked in the rain. This is an incident that replays in my mind daily.

Given that the community and the people are new to the walk of Christianity, a lot needs to be done to strengthen them and prepare them for the obstacles ahead. As a result, we hold daily prayer calls Monday through Friday, where members, friends and others in the community join as we pray and read the Word of God. They are able to gain a deeper understanding of who God is, what He can do if they allow Him in. We have seen many prayers answered and lives being transformed.

This kind of pain is nearly unbearable, but we believe in the hope of Jesus Christ. He is helping us to overcome these things. We do need the prayers of others, however! Pray for us, as that is the only thing now. I really do not know what to say, only to pray!