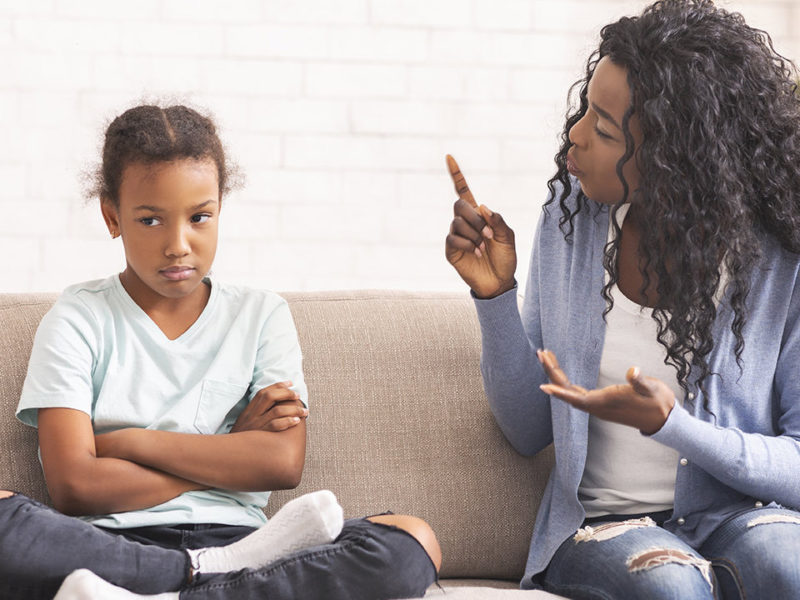 Because I said so

What one irritating parental directive teaches us about faith.

As a child, few statements coming from my parents and grandparents got under my skin as much as “Because I said so.” The retort typically came after I had questioned a directive. In fairness, I did not question parental directives all the time. I tended to question a directive when it didn’t make sense to me. So, if I was told that I couldn’t go outside to play, and, to me, that day seemed no different than any of the others when I freely roamed the neighborhood until the streetlights came on, I questioned. Or if I wasn’t permitted to watch a movie or television show that my school or neighborhood friends were watching, I questioned. Much more often than I liked, the response to my question was a simple but emphatic “Because I said so.”

On reflection, in addition to being bothered that I didn’t get my way, what really irritated me was that I believed the response to be an intellectually lazy one. In my mind, if there was a good (or legitimate) reason for the directive, my parents should have taken the time to share their reasoning with me. I believed myself to be an intelligent kid and capable of understanding reason — if, in fact, I judged their reasons to be valid.

As a parent of a little person who reminds me so much of myself in so many ways, I try my best to not give “Because I said so” as a reason for my directives. But as hard as I have tried not to, I do find myself sometimes saying those words to her. And when I do, more often than not, it’s because:

If Joshua was anything like me, he might have had similar feelings about the directives of God in preparing to take the city of Jericho (Joshua 6). Joshua wasn’t just a smart kid, like I thought I was; he was an experienced leader. Scholars estimate that, by this time, he was 101 years old. He had immense experience in spiritual leadership, military leadership and family leadership. Yet, God was giving him specific directions for taking Jericho that didn’t seem logical, rational or reasonable. Surely, God’s directions would not have appealed to Joshua’s intellect and experience. But Joshua followed God’s directions. He carried them out to the letter. Not because he understood why God directed him to do it. Not because God’s way is how Joshua would have approached battle on his own. But because God said so.

In each of our lives, like Joshua, we face situations in which God’s directions to us are crystal clear, either because the words and direction of scripture are plain and straightforward or because the Holy Spirit has spoken unmistakably to our hearts. And, in some of those cases, I find myself just like I was at 10 years old: not understanding why God says what he says. Not understanding why God’s direction sometimes runs diametrically opposed to what my reasoning would lead me to do or what all the smart and intellectually savvy people around me are doing. But then, I am brought back to my directives to my smart little person. And I consider that, if there are some things I direct her to do for reasons she is not capable of understanding at her age and stage of development, the same would have to be true of God’s directions to me.

The truth is I don’t have to understand or vet God’s directives or comprehend his strategy or rationale or even try to come to agreement with it with my own limited human understanding. I only need to have complete faith and confidence in the one who gave the directive. With that faith, I can learn to do what he says, just because he said so.