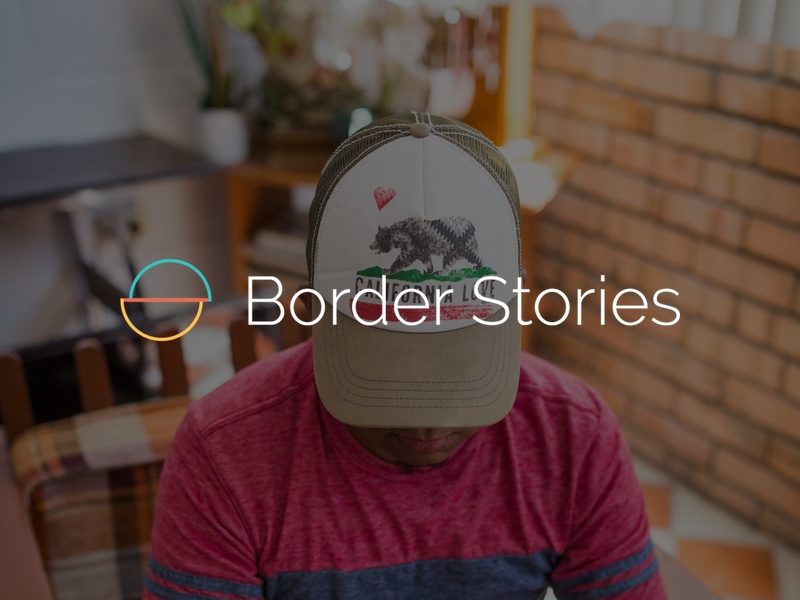 Border Stories: The kingdom in our midst

The kingdom is here — in the people in our schools and neighborhoods. There are people whose stories we need to hear and receive, but we have closed our ears and our hearts.

We met him on a dry, dusty Tuesday in Juarez, Mexico. I will call him Leon,* a man God used to show us the kingdom. He was a resident at Casa del Migrante, a temporary home and refuge for migrants. Leon, his wife and their two children had recently made the 2,000-mile journey from Honduras to the border in El Paso. As required by U.S. law, they made it onto U.S. soil and requested asylum. After being processed by ICE (Immigration and Customs Enforcement), he was sent to wait in Mexico until his court date.

Leon left a good job as an electrician, which included benefits, because his 11-year-old daughter was being recruited at her school by a gang. After repeated attempts to recruit her, Leon confronted the gang, telling them to leave his daughter alone. Leon’s home was under gunfire that same night, throughout the night. Desperate, Leon withdrew all of his savings and left with his family for the U.S.

His body shook as he tearfully told us about their journey. His family witnessed traumatic events, so he tried to cover his kids’ eyes, to protect them from what he was seeing. He believes God spared them on multiple occasions, including a time when authorities came onto their train, questioning passengers. Not getting the answers they were looking for, they threw people off of the moving train. When they came to him, he begged them to be merciful and spare his family. He doesn’t know why, but they did what he asked. 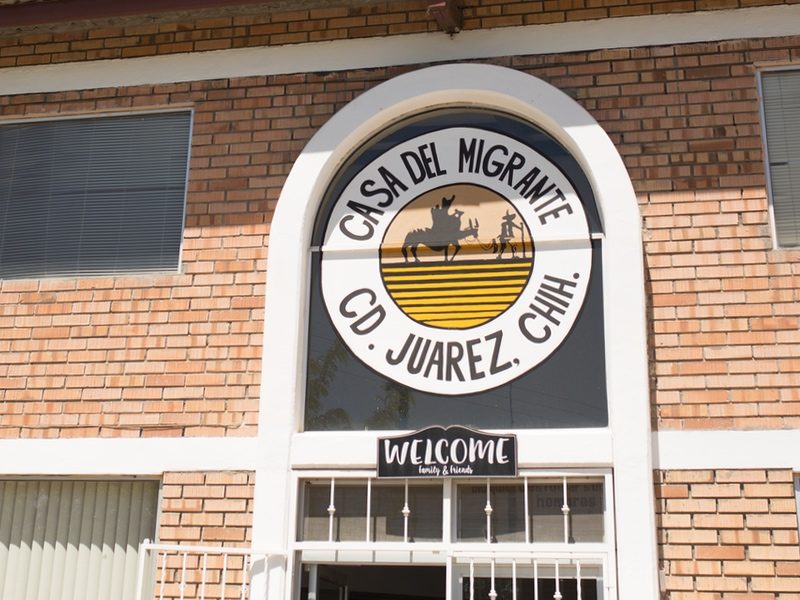 Casa del Migrante has therapists who work with them, and Leon was clear that they had been a tremendous help. But he was even more clear that the only thing that got him through this journey was crying out to God. He knows now that the rest of this journey may not go as he had hoped. Leon has no legal representation, and even if he did, it is unlikely that his family will be granted asylum. He does not know where they will go. The gang who threatened them has connections throughout Central America and Mexico, so he does not feel safe anywhere.

Leon’s devout faith was evident, so after hearing his story and thanking him for sharing, we asked if we could pray with him. He said, “of course,” but before we could begin, he put his arms around those next to him and began praying aloud. He thanked God for his love and mercy. Through tears, he thanked God for being his shepherd and attorney. He asked God to show him the way forward. He poured out prayers of praise, thanksgiving and trust.

When most Christians in the U.S. read about the kingdom of God, we generally place ourselves at the center. We believe that we are the primary ones who will show the rest of the world what the kingdom is like. It is true that we are called to be “light bearers,” in the words of Eugene Peterson. But we are only part of the story. Being “light bearers” is an identity given to followers of Jesus everywhere, including places like Honduras. We tend to see ourselves as the giving ones. But often, we are the ones receiving. We are the ones to whom others are sent to show us the kingdom. Others whose journey with God may look vastly different from our own. People who have learned to trust God, in spite of suffering and trauma. Brothers and sisters who offer up praise and trust, when it seems they should have no reason to praise and no one to trust.

Here’s the question I could not escape that day: What if we weren’t really sent to Leon that day, but he was sent to us? Or perhaps we were sent to each other? The kingdom of God is a mysterious thing. 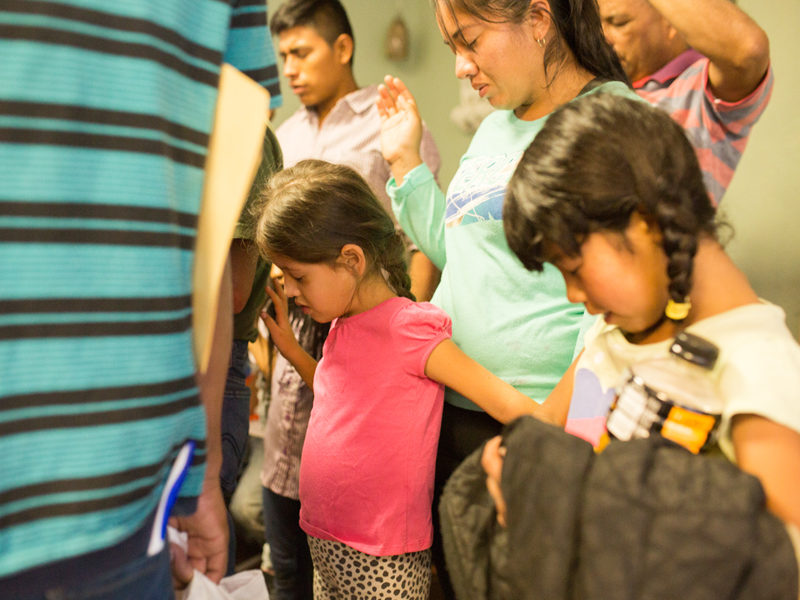 I can’t say for sure who was sent to whom on that Tuesday, but I can say with all certainty that the kingdom of God was in our midst. And it showed up in the story and faith of Leon. Jesus says repeatedly that the kingdom of God is something to be received and entered into. Could this include receiving people who may just show us how to enter into his kingdom? You don’t have to go to the border and visit a migrant shelter to find it. The kingdom is here, in our midst, in the people in our schools and neighborhoods. There are people whose stories we need to hear and receive, but we have closed our ears and our hearts.

Jesus counts Leon as one of His blessed ones, and we would do well to learn from our Honduran brother about what the kingdom truly looks like.

Emily Miller is a pastor at Greenville Multicultural (Wesleyan) Church in Greenville, South Carolina, and a clerk at a local elementary school. She is married to Matt, a pastor and the director of an Immigrant Connection legal services center. They have three children.