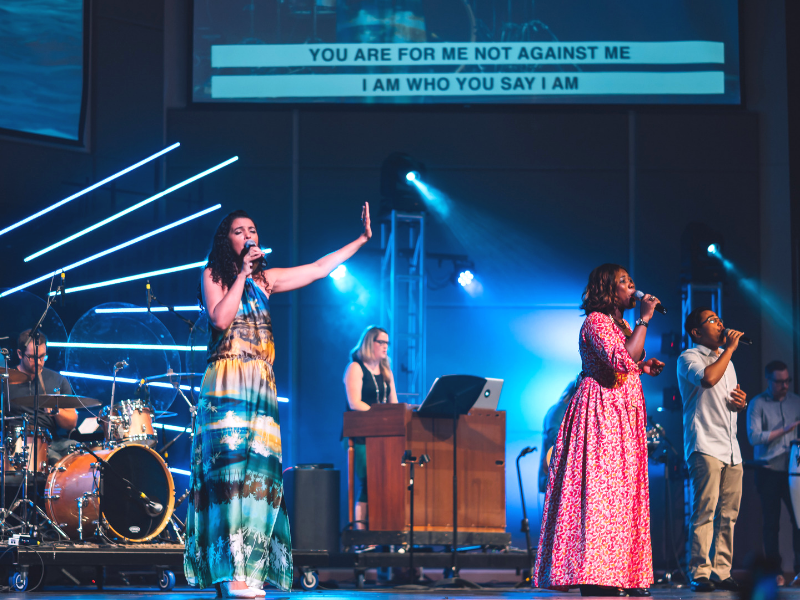 The once monochromatic church of 1,000 congregants now includes people from countries like Nigeria, Brazil, the Philippines and everywhere in between.

In 2018, Moncton Wesleyan Church (MWC) in New Brunswick, Canada, launched its All Nations Ministry. The goal was to reach out to immigrants and refugees from all over the world who had moved to our city in record numbers.

Now, a year later, the once monochromatic church of 1,000 congregants includes an additional 150 people from countries like Nigeria, Brazil, the Philippines and everywhere in between. The changes were evident at the second annual All Nations service on July 21. The day’s worship leaders were immigrants; service components were offered in Portuguese, Yoruba, Filipino, Spanish and Afrikaans, French, Swahili and Farsi.

We celebrated stories of people impacted by intentional integration of immigrants into church ministries and small groups, ministries for newcomers like ESL (English as a second language) and a testimony of someone who has converted from Islam to Christianity. Our church body also celebrated with a potluck meal of dishes from around the globe.

Our All Nations Ministry is the product of consistent prayer and two important strategies: partnership and integration.

Our primary partnership exists with our local multicultural association. The association is in charge of settling newcomers from around the world as they arrive in Moncton. This ministry requires an ample amount of volunteers. So rather than duplicating their efforts, MWC explored ways to volunteer with them and to supplement what they were already doing. Despite the non-religious affiliations of the association, its leaders were so surprised by the offer they asked if they could hire a church member to secure this partnership.

We continually pray for favor and have talked openly about how our twin goals of serving and sharing about Jesus can function within their organization (and ways that it cannot). Volunteering has included tasks such as painting walls to making daily contact with disoriented new refugees. We supplemented the association’s ESL classes with ones at the church offered at different times. We have received a steady stream of referrals from the association to our ESL classes and directly to our church services. In fact, we scheduled our All Nations service the same weekend as the city multicultural festival the association hosts. Our volunteers at the festival were given permission not just to help out, but also to respectfully invite over 500 immigrants to church!

Integration of immigrants into every aspect of the church is our second strategy. World Vision conducted a study called “Beyond the Welcome” to explore how well immigrants had integrated into Canadian churches. They found that immigrants never grew into roles of influence in the local churches but rather were treated like long-term guests. Those immigrants who opted instead to form ethnic-specific churches tended to lose their kids over the long-term because the kids integrated into the broader society while the parents did not.

MWC has desired to be a part of the solution and become a truly integrated church. We began to recruit immigrants into our frontline teams, phone ministry teams, ushers, children’s ministries and worship teams so it was evident from the moment that immigrants arrived that they could truly be part of the church here. Integrated small groups of immigrants and locals were formed, including English, French, Spanish and Portuguese language meetings. The commitment to integration goes deep with a goal of discovering and developing immigrant leaders for future board and staff positions. We now look forward to a year of enhanced evangelism to non-Christian immigrants as we minster as one with the many Christian immigrants who are part of us now at MWC.

“When we only spend time with those who are just like us, it is easy for us not to realize how narrow our perspective is,” said Rev. Joel Gorveatte, MWC senior pastor. “But when we share our lives and leadership with people from around the world, it challenges our assumptions, it enriches our community and it gives us an appreciation for the beautiful diversity of God’s family.”

Rev. Peter Moore, district superintendent of the Atlantic District, is encouraged with how MWC is creating a culture of welcoming immigrants from all nations.

“There are so many things to celebrate about Pastor Joel’s leadership and the culture of his pastoral team. One of our Atlantic District core values (Exploration Essentials) is the expression of a global collective. Replicating the example and impact of Moncton Wesleyan in this Kingdom value will be key in how any church family fulfills the ‘ends of the earth’ quadrant in the Acts 1:8 mandate of our shared mission.”

In the coming days, I will meet with Asad,* whom I met at the multicultural festival at the end of my volunteer shift as a host. This sharp young man grew up in a Muslim country, and his questions about Jesus kept me in conversation with him for over an hour. He was so hungry for God. I can’t wait to continue our conversation. This is one example of why we do what we do with All Nations Ministry and All Nations Sunday.

Rev. Nathan Adams is pastor of outreach and missions at Moncton Wesleyan Church.