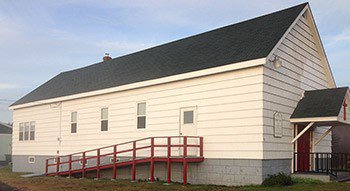 The Atlantic District has received a church and parsonage in Canada for $1.00 each.

The Atlantic District of The Wesleyan Church has announced the Maritime District of the Pentecostal Assemblies of Canada (PAOC) is “selling” a church and parsonage in Tiddville, Nova Scotia, Canada, to the district, as well as a nearby parcel of land in East Ferry for $1.00 each.

Tim Long, who, along with his wife Julie, lives in Tiddville, has been serving as youth pastor at Digby Wesleyan Church in Digby, Nova Scotia, and has resigned there. He will assume pastoral duties at the newly acquired church in Tiddville effective in mid-January. The PAOC will conclude ministry there on January 9, 2017, Rev. Peter Moore, assistant district superintendent, will install Tim on January 22.

This kingdom-honoring matter reflects the Great Commission commitment of Rev. Kevin Johnson, district superintendent of the PAOC, his board, and the congregation at Tiddville, which voted unanimously in favor of this matter. They had a church and small congregation at Tiddville but no pastor. We had a pastor living in the community who was employed at Digby Wesleyan but had no church or congregation locally. Tim’s wife Julie grew up in this church and community.

Pictured: the church and parsonage 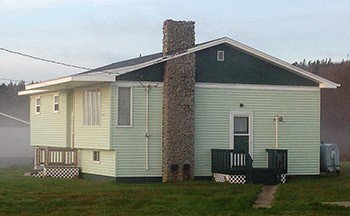