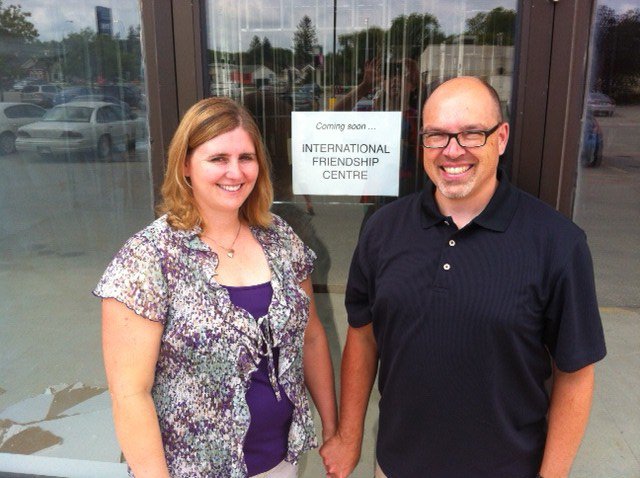 A Wesleyan couple is "welcoming the stranger" in one of the most diverse cities in Canada.

A Canadian couple is on a mission. In God’s eyes they’re just doing what he asks of them as his followers: “love your neighbor as yourself” (Matthew 22:39).

Justin and Angie Bradbury are church planters from Winnipeg, Manitoba, a Canadian province located in the central part of the country. They are new to The Wesleyan Church, having just been ordained at this summer’s Central Canada District Conference. But their vision to help the seemingly lost, forgotten, and ignored took root a few years ago.

That vision was birthed a couple years ago when Justin was involved in a leadership program, and it fits well with The Wesleyan Church’s biblical view on immigration.

“God impressed on my heart a vision for a church with an intentional outreach for immigrants coming to Canada,” said Justin. Simultaneously, Angie felt a distinct calling to start a ministry to read newcomers in Canada. Their vision and calling fit in well in Winnipeg. With a population of 750,000, the city ranks sixth in Canada for immigrant settlement. Estimates show that over 100 countries are represented in Winnipeg, and 20 percent of the population consists of immigrants. More than 80 countries are represented in the Bradburys’ neighborhood alone.

The couple’s vision to help their neighbors calls for the opening of the International Friendship Center, an immigration facility that will be tied to the church they are in the process of launching. Although the launch service for the Bradburys’ New Horizons International Church–the first Wesleyan church in Manitoba–is slated for January, the immigration center should open sometime in October. While a similar center exists in the inner city, this will be the first in the southwestern part of Winnipeg.

The Bradburys are no strangers to ministry. For 17 years they’ve served in ministry capacities, including work with the Salvation Army and Anglican Church of Canada. Their training and experience are preparing them for the International Friendship Center, where immigrants will be welcome to make friendships and engage in a variety of experiences that will help them become more acclimated to their lives in Winnipeg: English conversation group, ESL teaching (English as a Second Language), a refuge for young moms with children, gatherings centered around Canadian, as well as international, holidays, and more. The center will be located within walking distance to the University of Manitoba, an institution with 30,000 students, where approximately 3,000 are international students.

Originally ordained through the Salvation Army, Angie sees the value in forming the new immigrant center–especially in the lives of women and children.

“I am most passionate about family ministry in relation to working with immigrants,” said Angie. “I enjoy helping [women and children] find new relationships and a sense of belonging.” Angie knows a genuine hand of friendship, seeing practical needs met, and having someone assist in giving direction or teaching life skills are all highly needed and valued by most immigrants.

Local businesses are also showing favor to this vision, offering assistance in funding and providing furniture and office equipment. The landlord of the facility has been generous as well, providing assistance in the cost of building renovations.

While the immigration center and the church plans all come together, the Bradburys continue to stay encouraged simply by reflecting on God’s vision and calling, as well as The Wesleyan Church’s commitment to its ministry to immigrants.

“Hearing Jo Anne Lyon [General Superintendent of The Wesleyan Church] address the global Wesleyan Church at Central Canada District Conference was very exciting,” said Justin. “To hear her talk about the Church’s priority of evangelism and ministry among immigrants, to hear of her time with President Obama, to hear that the denomination is making a priority for church planting . . . it is encouraging and resonates with our sense of calling.”

The entire journey has also been a family affair. Parents to three children, ages 13, 10, and 5, the entire family seeks to minister to immigrants.

“We have people in our home regularly and visit with others in their homes,” said Angie. “Our children are generally hospitable and enjoy having company. Our hope is that our children will be open to being a friend to those who need it as we do.”

The Bradburys are thankful for the Wesleyan leaders who’ve also continued to encourage them to move forward in making this vision a reality.

“Thanks to Peter Rigby, district superintendent, and Mark Parker, director of church multiplication, who have offered support as we’ve transitioned to The Wesleyan Church,” said Justin. “This support has been valued and appreciated. Don Hodgins, former district superintendent of the Central Canada District, really kept the doors [of church planting] open, followed up with me, and prayed with me.”

Justin also notes that The Wesleyan Church was eager to recognize Angie’s ordination, something that doesn’t always happen within other denominations.

“Ministry for Justin and me has been a team effort throughout our marriage, and being ordained as an equal is important in recognizing my own unique gifting and calling God has placed on my life,” said Angie.

“We didn’t conceive of something like this, but even in more recent years, we didn’t think this would unfold,” said Justin. “God is moving among international people moving to North America. Many come as Christians and look for community in church. Many others don’t know Jesus. When people migrate to a new place, they are often more open to Jesus. It’s one great way for people to get involved in what God is doing today.” 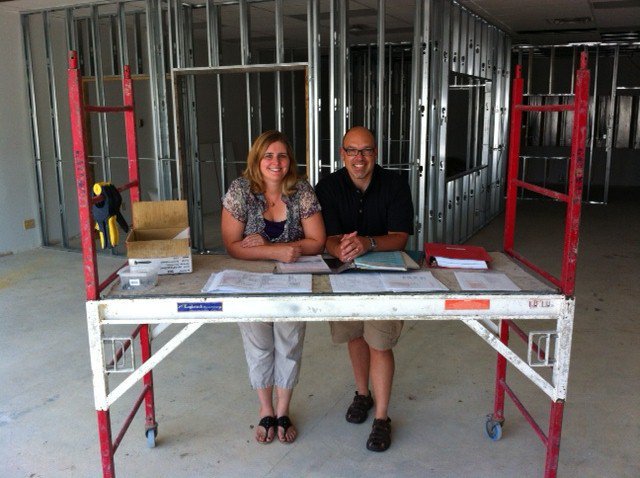 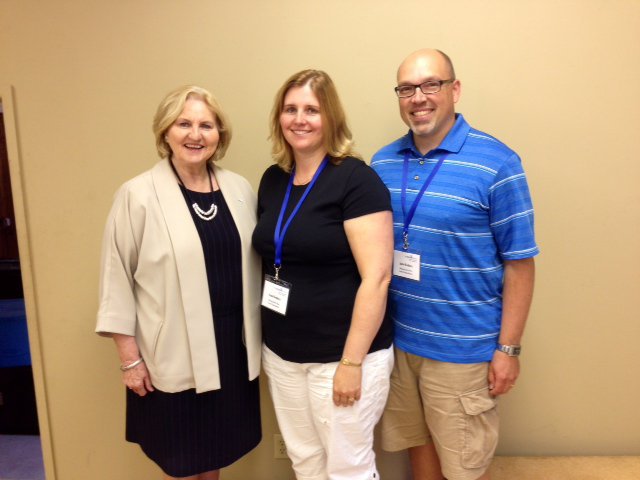