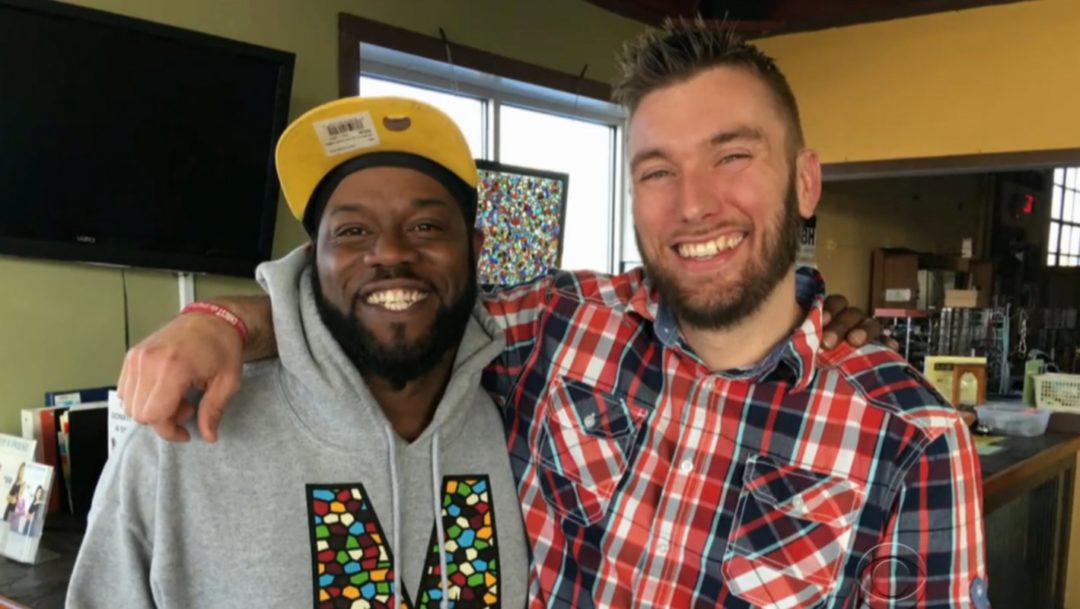 Years ago, a Michigan police officer wrongly arrested a man on a drug charge—and he knew the man was innocent all along.

The two crossed paths years later at an outreach event hosted by Overflow Church in Benton Harbor, according to Overflow founder and lead pastor, Rev. Brian Bennett. The first meeting did not go well. Watch more of their story.

Then, after more time had passed, they ran into each other at Café Mosiac, a non-profit coffee shop affiliated with Overflow Church and Mosaic CCDA (Christian Community Development Association). As they interacted, a simple “I’m sorry” from Andrew changed everything for the men, who are now good friends. Andrew is now a licensed minister with Overflow and West Michigan District of The Wesleyan Church. He baptized Jameel a few months ago at Overflow, where the two men attend.

CBS News covered their story and featured it during a weeknight newscast.

More of their story of reconciliation will be told at this year’s General Conference in Buffalo on June 4, 2016. 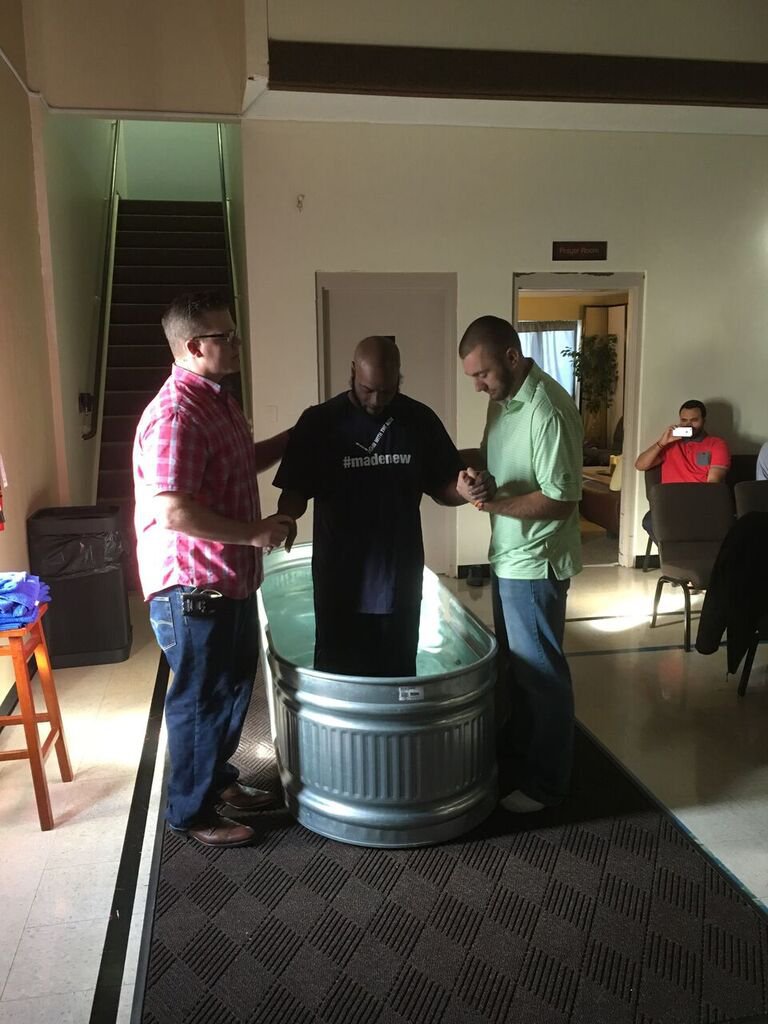